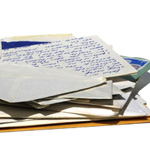 I was glad to see your question to Prosecutorial candidates Mike Thomas and Tom Frank concerning the failure of the War on Drugs.

How is this War working for Michigan?  Is it reducing crime?  Is it reducing rates of death and disease?  Is it effective in keeping drugs and drug dealers away from our children?  Is the quality of life better or worse because of the Drug War?

The Drug Enforcement Administration's charts show drugs are cheaper and stronger than in 1971.  Their pamphlet states that: Drugs are readily available to America's youth.   As Michigan spends more tax dollars on prisons than it does its universities, it is time to analyze the pluses and minuses of this modern prohibition.

As a police officer, I fought on the side of the 'good guys' for 18 years in the War on Drugs, giving me a lot of time in the trenches.   After much experience, consternation and out-and-out frustration in not achieving a single, stated goal in the long term, I came to the conclusion the policy of prohibition was not going to work any better the second time around.

It seemed no matter how many dealers we took off the streets, new ones immediately popped up to take their places.  The prices for drugs kept falling, indicating an increasing supply.  The purity kept increasing; heroin increased from 3.6% to 40% purity between 1980 and 2007.  The prison populations kept increasing until over 70% of all inmates were there on some drug-related charge.  Between 1985 and 1996 worldwide production of heroin increased by three times, while coca doubled.

Drug gangs have spread like the plague out of the large cities and into medium and even small cities.  Young teens join gangs to make 'easy,' big money selling drugs.  15 year olds are shot and killed every week because drug prohibition gives them this job option

Meanwhile, terrorists and drug barons were amassing fortunes from drug sales and people continued to die on our streets.   We have turned third world thugs into billionaires that have de-stabilized South America and Mexico.  Al Qaeda will make 70% of its operating budget this year selling drugs and then buy weapons to kill our troops with the profits

The unintended consequences of this terrible war are needlessly destroying the lives of generations of America's youth.  How many young people do you know who have used an illegal drug, then put the drugs behind them and gone on to lead productive lives? U.S.  Presidents, police officers and many members of our legislative bodies have done exactly that.

With imprisonment, those possibilities are eliminated.  You can get over an addiction, but you will rarely get over a conviction.   Moreover, we know that the state, through its police department, cannot fix personal stupidity or bad choices.  Only family and friends can do that.

In a recent interview Saginaw Prosecutor Thomas articulated the fear (not based on any research) that drug addicts would not seek treatment without the threat of criminal sanctions?  Really?  I know dozens of people who have kicked their addiction to the two deadliest drugs in Saginaw (tobacco & alcohol) without the threat of sanctions.

Thomas would also scare you into believing that large numbers of persons would begin using heroin, cocaine etc, if they were legally available?  Really? A recent Zogby poll indicated only 6 in 1000 would try heroin or coke or meth, if they could buy it legally.   In 1913 when heroin could be bought out of the Sears catalog, less than 1% of adults ever tried it, which is about the same at 2008.

Envision a world where, if one day you or a loved one has a drug problem, you see a doctor and not a judge.

America can have this world, when it repeals its laws of the New Prohibition.