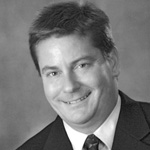 Don Tilley is one of the more familiar faces among public servants in Bay County.  Most will know him as a veteran member of the Bay County Board of Commissioners, representing primarily the East Side of Bay City.  Others simply know him as Mr. Tilley, sociology and economics teacher at Bay City Central High School.  In fact, we spent a few minutes discussing school and the joy of teenagers with the mother of a student during a brief break in our interview.  (She also addressed him as Mr. Tilley, for what it is worth.  And - note to the kid in question – if you are going to skip school, make sure your teachers don’t get interviewed in the same place your mom is eating dinner.)

More recently, Tilley has added the hat of Chairman of Bay Future, a public / private partnership aimed at attracting new businesses to the region, while also helping others to expand or stay in Bay County.

It is these aspects that Tilley focused on first as we sat down to discuss the organization and its role in economic development in Bay County.

“Our focus is on all of Bay County, not just one city. Bay Future is a direct driveway to resources for local businesses.  It is a cohesive board, which has representatives from the County level, cities, townships, business people and unions.  We have access to funding and educational resources that can be very helpful.”

He went on to say, “We are a Bay County organization, but we work together with Saginaw Future and Midland Tomorrow to help promote the Great Lakes Bay region.  We are representing our county, but we are trying to support the entire region and coordinate our efforts.”

Bay Future, which is collaboratively funded by the County, local municipalities and corporate partners, has three full time employees.  Mark Litten is the President and CEO, Trevor Keyes the Vice President of Economic Development and Administrative Assistant Dani Klida-Snider.

On the organization’s website (www.bayfuture.com) you can learn things such as demographics for this county, available commercial properties and resources provided by Bay Future.  They also have an office in downtown Bay City, at 721 Washington Ave.

Bay Future has been instrumental in supporting new area developments, such as the Monitor Township business park, with its cornerstone business, Fabiano Brothers – which now employees 350 individuals in the County.  This development has resulted in the creation of dozens of additional jobs and takes real advantage to the close access to major roadways in the region.

As Tilley said, “We bring together a lot of people who would normally not be in the same room together, which makes it easier to get things done.”

A 5-year economic development for the County is in the final stages of development and should be released in late Summer or early Fall. Tilley mention a few examples of the types of projects that might be described in the document:  “We would really like to develop a “legitimate” Farmer’s Market.”

I also learned that some of the discussions include consolidating a variety of parallel efforts and possibly re-imagining the County owned market shelter on Columbus. “We have had several discussions with the Farm Bureau and the Department of Agriculture.  We would like to have a place for all the small and large farms in the area to get their products to market.”

He continued with one of his well-known passions:  “If we could bring a major university campus to downtown Bay City, it would be a centerpiece.  If you look at other cities, the areas around a downtown college campus are thriving.”

In his presentation of the annual report, MEDC Chairman Doug Rothwell stressed the importance of vision to economic development.  My conversation with Mr. Tilley wrapped up with a topic that really summarized the whole discussion quite well – vision.

At my prodding, we drew some analogies to 1980’s – 90’s era Royal Oak and Ferndale.  There was a real effort to embrace the kinds of entertainment and amenities that people want, while putting a hip and fresh face on a city with history.

“Bay Future is the economic development body for Bay County.  We all believe in the county and hope our partners will invest as much energy in the County as we do.  I love Bay County.  This is where I want to be.  It is what I want to do – see the community be the best that it can be.”