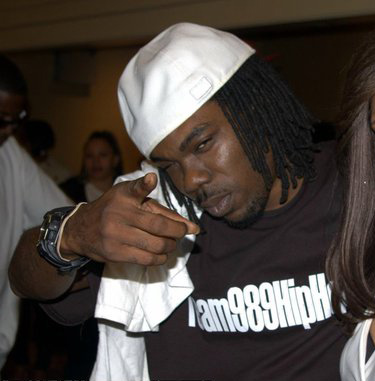 SKE3M: Yo! wdup people. Before we get into it, I wanna say first of all thanks for the feedback, the good and the bad. The hate mail is Crazy!  Yo, if you sensitive and don't wanna hear the real, our honest opinion - don't submit your music! I made a lil’ PSA vid about the Review Music Awards, and some folks felt I was outta line.  I don’t think anyone who knows they don’t deserve an Award should clog up the ballots, but that’s a whole other convo for another show.
Tay Ray: Yaarrr y’all sensitive Rappers don't send us nothing else. We aint gotta waste time listening to the BS.
Phe: Man y’all quit beatin’ that dead horse, they know what it is, we been doing this show for a year now! Let’s get on with the show.
SKE3M: Ight ight, we got the panel in this thang.  La on Location from "Open Mic Thursdays @ the LightHouse" and we got special Guest Panelists: Astray, Ray P, & M80. On to the first track-
Convic: Lock Up or Be Free
Phe: I swear I was 'bout to give that a 3.5 until the last verse, now I'm giving it a 2.5 'cuz the first 2 verses were tight but the hook was too simple, then the third verse wasn’t presented well 2.5
Tay Ray: Overall I dig the track the main emcee was good, but the last verse killed it. Like Convic was taking it there, but last verse dropped the ball I say 3.
M80: It was straight but the first verses were smooth but it got to hype in the end, kind of hurt the song. 3.
SKE3M: Yo it was a straight record to Me I mean kinda dated but good message, but Yaarrr the last verse could've been better i say 2.5
Overall rated 3 out of 5. Good looking on the track Convic! #Salute!
iKaos f/ 2-G: I'm So Blowed Up In The Sky
Phe: You know I aint shy Bro, I give that a 1. I didn’t like that at all. It's 2011 people gotta quit conforming to the same old format and trends. The Hook was horrible!
Tay Ray: I mean really like... Man what was the purpose in the song? I like to hear something with purpose, and I didn't.  I gotta say 1.
Bub:  I'm a give em bout a 2, cuz…  2-G was doin his thang but-
Phe: Biz not to knock your 2, but you could've had Nas on that it still would've been no good.
Astray: Yea the hook sounded old and the first verse was nice, wasn’t bout much, but the flow was tight… But yea, appreciate the track, but it sounded old i say 2 too for the effort tho.
Phe: I feel you but everyone gives an effort;  you had to make good music not efforts.   I know I’m a lose a few votes tonight, but it's real.
M80: 2. That’s it. 2.
Ray P: I feel like 2-G wasted a verse, but I feel - Why, you know you wanna jump on everything? But he wasted that one.
SKE3M: First the Title killed it off top, and I think, Like Ray P say, 2-G wasted a verse, iKaos was off beat, Now iKaos is My dude, but he just wasn’t good on this one, and it was not a good song. I say 1
Overall 1.5. Thanks for sending it the joint! #Respect
Ray P: Soulful
M80: Give that Man a 5 already!
Astray: I gotta say 5 too. The M80 beat the verses with the message; it was a hard joint.
Phe: I say 4.5, I think he went in on the verses, but the intro was too long and the hook was nice, but he could've spoke over the sample. The verses was Dope tho.
Tay Ray: That track was Crazy! I say 4.5. I love tracks like that,
though the story could've lead into the hooks better. Other than that, I need that in the 'Pod.
Bub: I'm a go 4.5 too for the song. Go hard, but for the show could've shorten the intro you know, but its was a dope song.
SKE3M: I think it was a real Dope record, my only prob was the Mix, cuz sometimes you couldn’t hear Ray P clear. But the joint was ILL. I say 4.5

Shout Out to Ray P - Rated 5!
Phe: Welcome to the Hated circle
G- Rockwell: I'm on Fire
M80: I'm goin in 4.5 instantly
Phe: I give it a 4 the verses was nice, I didn’t like the hook, and the lil 2 bar loop beat, but the verses go hard.
Tay Ray: I m a say 3, it was straight, but not nothing I would listen to regularly but he was goin in.
Bub: I give it 3.5 it was good, but it kinda got drawn out at the end.
SKE3M: G is My Brova you know, Lyrically G is mad nice, and he was goin that way, the Beat was good, but the song probably should've been Shorter. I say strong 3.5 joint is dope

Overall Rated 4. S/O to Fam for the Track!

Once again tnx for Tuning In Preciate the Love! Make sure to tune in to w989Radio m-f 10pm - 12am blogtalkradio.com/SKE3M
Video Chat on stickam.com/SKE3M_4Prez
#TheShopHCC every Thursday.