THE COST OF REPEALING HEALTH CARE 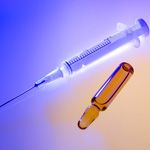 With Republicans in the House vowing to repeal the new Health Care Law because of its alleged 'job killing tendencies', a recent in-depth report released last week by the nonpartisan Congressional Budget Office shows that rather than saving taxpayers money, the Republican plan would actually increase federal deficits by $230 billion by the year 2001.

Granted, the bill is long and the most important component that was necessary to both drive down costs and contain prices – the 'public option' – was completely eliminated from the mix; but does anybody really believe that overturning the law President Barack Obama signed into law last March is going to improve the state of our economy, not to mention our society as a whole?

Overturning this law would leave 32 million more Americans without health coverage, according to the CBO, but even more significant is the fact that without this law, consumers will certainly get skimpier coverage and face continuing cost increases by virtue of losing insurance subsidies included in the new law.

And what about those pre-existing conditions, or the prospect of being denied and refused coverage for cancer medicines? Do Americans really want to go back to the so-called 'free market' that has allowed unprecedented profits for insurance and pharmaceutical companies?

Of course, House Republican leaders quickly dismissed the new projection from the CBO as unrealistic. House Speaker John Boehner (R-Ohio) said, "I do not believe that repealing the job-klling health care law will increase the deficit."

But the closely watched CBO, an agency lawmakers from both parties have historically relied upon, is widely considered one of the most important independent sources for information about the impact of proposed legislation.

The new estimate underscored the cost of repealing the health care law at a time when millions of Americans are losing health benefits and insurers are pushing up premiums to even more astronomical levels.

Moreover, as it launches its campaign to dismantle health care reform, the GOP has strategically exempted the cost of repealing the bill from new House rules that require new costs or spending to be offset by cuts elsewhere.

While the House is preparing a two-page resolution to repeal the health law, which is expected to pass in the newly controlled House, the legislation is likely not to go anywhere in the Senate, where Democrats retain a majority.

Assistant Majority Leader in the Senate, Richard Durbin (D-Ill) said last week that "The majority of the Senate still believes in health care reform and we also believe that the only perfect bill ever enacted was carried down the mountain by Senator Moses. Every major bill has needed some visitation, reconsideration, and adjustment, and this will too."

Republicans have rejected Democratic calls for hearings on the impact of a repeal before a vote. But perhaps more telling in a Congress where corporate influence is more rampant than ever is the fact that GOP leaders on the House Rules Committee rejected bids from Democrats to offer amendments to the repeal resolution that would protect parts of the law, including expanded access to breast cancer screenings for women and new restrictions on insurance companies.

According to the CBO and Center for American Progress, repealing health reform would also increase medical spending by $125 billion by the end of this decade and add nearly $2,000 annually to family insurance premiums. Moreover it would destroy 250,000 to 400,000 jobs annually over the next decade.

Health insurance costs are a major issue for Americans and family health insurance premiums have increased 80 percent in the past decade, after adjusting for inflation, while media income has fallen by 5 percent.

Medical care accounts for one-sixth of the economy, which means that any health reform that improves the efficiency of medical care will boost economic performance. Conversely, legislation that raises medical spending – for both individuals, businesses, and public sectors – will be a job killer.

Alternative proposals advanced by Republicans thus far will ultimately cost more money than the current Patient Protection & Affordable Health Care Act. In some cases, just as malpractice reform, the savings from reform are universally agreed to be modest; whereas in others, the savings to the government come from shifting costs to individuals – not from lowering costs overall.

Our economy has recently lost millions of jobs and wages for almost all workers have stagnated for years. The effects of repeal would add more medical burdens to both the public and private sector.

This is bad economic policy and will only make our current problems worse.