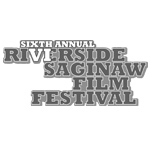 “In other places bombs were being dropped, targets chosen, hills lost and taken; there were floods and volcanic eruptions, wars and the preparation for wars, governments shaken funerals and marches. But on the terrace for two weeks in springtime France, all the world was printed on sprocketed strips of acetate that passed through a projector at the rate of 90 feet per minute, and hope and despair and beauty and death were carried around the city in flat, round, shining tin cans.”    - Irwin Shaw * Evening in Byzantium

For six years now the Riverside Saginaw Film Festival has grown and evolved into a significant and welcomed showcase for Independent, Foreign, Short & Documentary films spanning the globe that rarely are shown on screens at the local Octoplex catering to big-budget Hollywood mainstream releases.

Thanks to the commitment of festival organizers sponsors, this year the Riverside Festival will present 14 feature films, 10 documentaries, two innovative film contests with a local focus, along with the Lunafest traveling film festival of award-winning short films created by, for and about women, with nine films dealing with chemotherapy, getting dumped, a gymnast, mother, and daughter selling tacos, a bicycle designer, a shy photographer, and a day at the river.

According to festival co-organizer Irene Hensinger, “We have very loyal people that support this festival and the moment the festival is over start asking about the next one, which we are deeply encouraged by. And of course sponsors such as Hemlock Semiconductor, Citizens Bank, The Saginaw Arts & Enrichment Commission, Delta College, The Public Libraries of Saginaw, The Morley, Wickes & Jury Foundation and Audry & David Lewis make it possible for us to continue evolving the creative vision behind the festival.”

Hensinger points out that this year the 35 millimeter films will be shown at he Court Theater with digital formatted films shown at the other venues and comments that this year the festival is showcasing a strong blend of narrative films and documentaries. “The goal of the festival has been to bring to the area films not normally coming here, as well as encourage new filmmakers through various contests.”

“This year we have films coming from Israel, Greece, Canada, and locally from Delta College, plus last year we started the Saginaw 72 Contest whereby we gave various filmmakers a topic, prop, or line or two from a script and they had a 72-hour period between Oct. 12 & 14th to write, cast, film, edit and submit a 3 to 5 minute short film.  This year patrons can see their results and learn who wins at noon on Sunday, Nov. 11th at First Congregational Church.”

Additionally, Riverside has promoted a Short Film Contest whereby short films are submitted from around the nation and overseas and shown in two installments at 3 PM Friday & Saturday Nov. 9-10 at the Saginaw Club. Those attending each showing will vote on their favorites in three categories and a panel of judges will also vote on their top selections. The winners will be announced and shown at 6 PM on Sunday, Nov. 11th at First Congregational.

In terms of programming the content of the Riverside festival, Hensinger explains how “we have a committee that looks at the most popular films shown at major festival such as Sundance, Tribeca & Traverse City. Some of these films make it to the larger markets in Detroit & Chicago, but few ever are ever shown in this area.”

A few of the films that truly stand out at this year's 6th Annual Riverside Saginaw Film Festival consist of the following:

Marley (USA). This documentary about Jamaican musician and social/political profit Bob Marley was made with the support of the Marley family and features rare footage, performances, and revealing interviews with people who knew this iconic and groundbreaking musician the best. This film will be shown on Friday, Nov 9th & Sunday Nov. 11th at 3 PM at First Congregational Church.

Searching for Sugar Man (Sweden). This rock documentary goes way behind the music to tell a story of an urban legend - the mysterious 1970s folk singer/songwriter Sixto Rodriguez - whom it turns out was living in Detroit and had no idea the role his music had played in the anti-apartheid movement.  This film was a winner at both Sundance & Tribeca and will be shown at Hoyt Library on Friday, Nov. 9th at 6 PM and noon on Saturday, Nov. 10th at The Saginaw Club.

Bernie (USA) This comedy crime drama starring Jack Black as a small town Texas mortician whom strikes up a friendship with a wealthy widow played by Shirley MacLaine takes a wild twist when he kills her and goes to great lengths to create the illusion that she's still alive. Bernie will be shown on Friday, Nov. 9th at 3 PM at Pit & Balcony and Sunday, Nov. 11th at 3 PM at The Saginaw Club.

The Giant Mechanical Man (USA) This quirky and fun film is an offbeat romantic comedy about a street performer who paints himself silver and the soft-spoken zoo worker who falls for him. Filmed in Detroit this work will be shown on Saturday & Sunday, Nov. 10-11th at The Saginaw Club at 3 PM both days.

Between the Folds (USA) Riverside is partnering with the Japanese Tea House to present this documentary about a group of fine artists and eccentric scientists from MIT and NASA who devote their lives to the creation of modern origami. This Peabody, Indie Spirit winner has played 45 film festivals and following both showings, representatives of the Japanese Cultural Center & Tea House will offer patrons a chance to make two origami pieces and will demonstrate and display more difficult ones.  Film & origami supplies are sponsored by Glastender. Between the Folds will be shown at 6 PM on Thursday, Nov. 8th at First Congregational Church.

Honor Flight Michigan (USA) Moviemakers Jon Mellow of Royal Oak and Gabe Downey of Huntington Woods captured footage and conducted interviews of the Honor Flights project, which pays all expenses for World War II veterans to visit the World War II memorial in Washington, D.C. At the 6 PM Saturday showing at Pit & Balcony a discussion will be held with Michael Cameron, the son of the Honor Flight Founder, about these flights and their legacy.

Al Weiwei - Never Sorry (USA) Al Weiwei is China's most famous international artist and also one of its most outspoken domestic critics. Against strict censorship, he expresses himself and organizes people through art and social media. Chinese authorities have shut down his blog, beat him up, bulldozed his studio and held him in detention. This Sundance winner is sponsored by Cinda & Randall Schantz who have also purchased 50 of Weiwei's ceramic eggs that he created to help with his activist campaign.  One of these eggs will be given to people coming to see this film that will be shown on Friday, Nov. 9th at The Saginaw Club at noon and Thursday, Nov. 8th at First Congregational Church at 3 PM.

The Queen of Versailles (USA) Director Lauren Greenfield follows a billionaire couple as they begin construction on a 90,000 square-foot Florida mansion inspired by Versailles, but within two years their empire falters as the economy tanks. This Sundance winner will be shown at 3 PM on Friday Nov. 9th at The Court Theater and Saturday, Nov. 10th at noon at The Saginaw Club.

According to Hensinger, the most challenging component involved with pulling Riverside together is getting all the films solidified. “There are lots of niche film festivals out there and Bay City just finished with their own Hells Half Mile festival, which we also collaborate with. They sponsored one of our films and we sponsor one of theirs; and we are always looking to collaborate with other festivals.  Our key focus is to try and get new films that don't enjoy a broad audience yet are broad based in terms of interest.”

Festival pass entitles the holder to enter all films and related events and tickets are on sale through Paypal on their website as well as at all film sites during the festival.