Celebrating Conservation Excellence in the Region 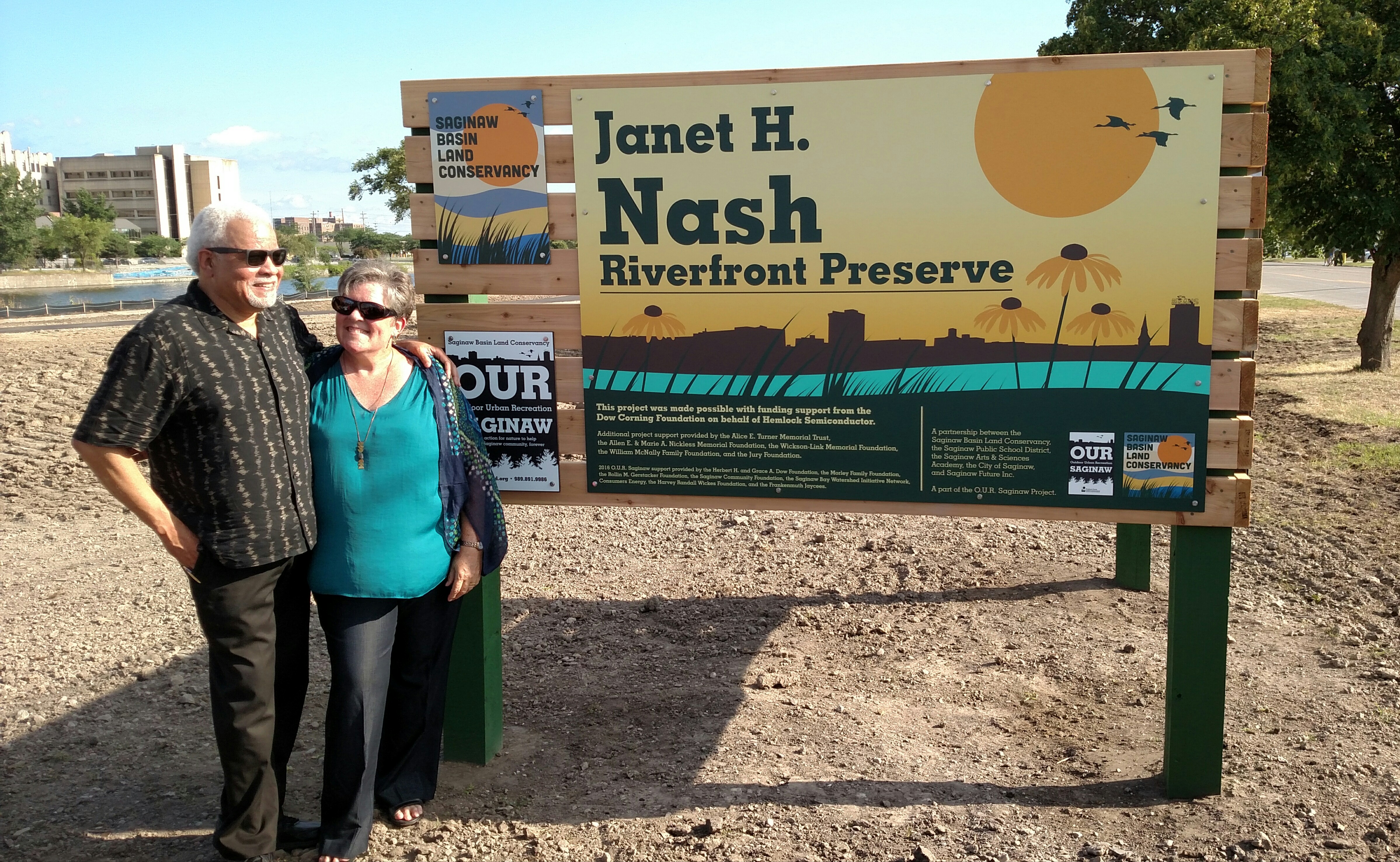 It’s that time of year to gather and support a great cause that gives so much beautification in return to the tri-city communities. The Osprey Awards, which is Saginaw Basin Land Conservancy’s annual fundraiser, will be held Saturday February 24 from 6pm to 9pm at Saginaw Valley State University’s Curtiss Hall. The evening’s festivities will include a buffet dinner, a cash bar, a chance to win a handful of fantastic raffle prizes, and a program recognizing the Osprey Awards recipients along with key Saginaw Basin Land Conservancy’s partners and supporters. Also, a screening of a film produced by the Conservancy detailing their mission-related work will be added to the fun.

Speaking of SBLC’s dedicated work, in 2017 alone, they have completed the Janet Nash Riverfront Preserve, which converted a 2.5 acres vacant parking lot in to a nature preserve along the river in Saginaw. The Zoo Trail and classroom were also completed in 2017. The Zoo Trail is a 2000’ long crushed concrete nature trail that stretches across 16 acres of zoo property between Jefferson Ave. and Hoyt Park. Adventuring along this trail you will see interpretive signage detailing natural features.

Last but certainly not least, the SBLC’s Pollinator Project, which began in 2016 as a pilot project and expanded in to 2017 to tackle 50 acres of vacant land owned by the Saginaw County Land Bank in the City of Saginaw, has resulted in the restoration for hundreds of overgrown lots. This project addresses blight throughout the city by cleaning-up debris and overgrown weeds from vacant parcels and re-planting them with pollinator-beneficial wildflowers and grasses.  The SBLC is expanding this effort in 2018 with plans to continue through 2020.

Trevor Edmonds, an employee with SBLC, says “I personally enjoy the fact that I get to work in a diverse array of environments with an incredible variety of passionate people that work together to improve the communities in which we are privileged to serve. Working in a capacity that allows me to meld my interest in the natural world with the desire to bring that world a little closer to the urban areas that we serve is a source of great satisfaction in my role as the SBLC. In a nutshell, it’s awesome to work on good projects with good people that have a positive effect on the community.”

To shed additional light, Saginaw Basin Land Conservancy was established in 1997 as a grassroots non-profit. Although based in Bay City, the SBLC is a Saginaw Bay Watershed-wide conservation group dedicated to improving the quality of life in Michigan’s heartland through stewardship and land protection. In that time, SBLC have protected nearly 6,000 acres of land forever, have created a network of urban and rural nature preserves, and have become a key ally to the communities we serve by helping turn the tide of blight and creating opportunities to move forward through effective, responsible, community-driven land use.

The SBLC adopted a new strategic plan in 2014 that pushed the organization to play a role in achieving broad community goals like economic development, attraction and retention, and a deeper connection with the natural world. The SBLC’s mission has always been centered on quality of life, but their projects weren’t always so focused. The SBLC sought to change that with the Outdoor Urban Recreation (O.U.R.) Project in 2015. Since then, the SBLC has raised hundreds of thousands of dollars for the direct costs of urban projects in Bay City and Saginaw, respectively.

SBLC’s unique position in the community as a non-profit land trust allows them to work with a wide variety of partners and funding sources to plan and execute projects that align with the needs of the communities we serve. The SBLC is funded by a broad spectrum of support, ranging from individual donors to the generous philanthropy of several regional foundations and businesses. The SBLC has also received state and federal grant funding from the Michigan Department of Natural Resources, the Department of Environmental Quality, the National Fish and Wildlife Foundation, and the United States Fish and Wildlife Service for a variety of habitat restoration and outdoor recreation access improvement projects. This diverse base of support for the SBLC’s mission help validate the positive impact of the work we are privileged to do throughout the watershed.

Clearly, the Saginaw Basin Land Conservancy is vital to our communities’ protected lands and beautification. Come be part of a great cause and a fun event on February 24.  Tickets are just $50 and includes one drink from the bar. A $150 patron sponsorship includes two tickets to the event and recognition of the purchaser’s support for the Ospreys is also available. Tables of eight persons can also be purchased for $350.