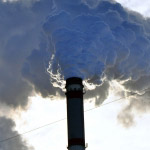 Karn/Weadock would gain seven times the capacity, still fired by coal, but in a manner that advocates say is far cleaner than the old way. Opponents of the plant expansion also are advocates ... advocates of the emerging alternatives of solar, wind and geothermal energy. Differences of opinion could not be so stark.

Supporters of Consumers Energy and Karn/Weadock insist that coal is the way to go, at least in the near future, and that the region would benefit from hundreds of jobs. Protesters counter that harm to the air and soil and water would increase the damage that’s already been done and as for jobs, employment in green energy would be far more long-lasting and sustainable.

The Michigan Department of Environmental Quality has initially come down in favor of Consumers Energy and Karn/Weadock, but still is trying to assume a neutral pose while conducting public hearings on preliminary approval of a draft air permit for the project.

These sessions are scheduled at Bay Valley Resort & Conference Center, and even though rival participants won’t be in the steam room, things could get hot. Times for public comment begin at 6 p.m. April 14 (Tuesday), and at noon and 6 p.m. April 15 (Wednesday).

Both sides are rallying their forces. If you teach civics in one of this region’s schools, you couldn’t pick a better class assignment or field trip for grassroots government in action. And speaking of schools, Karn-Weadock critic Terry Miller says 47 schools are within 3 miles of the Karn-Weadock site, home to a combined 13,000 students.

Review Magazine attempted to reach three sources on each side of the debate.

Among those who aim to say “no” to more coal, Lone Tree Council veteran Terry Miller is joined by Yelisa Pfeiffer of Bay City, a co-founder of Citizens Exploring Clean Energy, and Janea Little, a leading member of MidlandCARES (Clean And Renewable Energy Sources).

All were eager to state their points.

The issue is not limited to Karn-Weadock. Michigan is home to proposals for eight coal-fired plants. Another would be built in Midland at South Saginaw Road and Waldo Avenue, sponsored by LS Power, with hearings probably taking place in July or August. Other targeted communities are Alma, Holland, Lansing, Manistee, Marquette and Rogers City.

Key Issues on the Table

Here are thumbnail sketches of some of the issues:

(1) Karn-Weadock would emit 64 pounds of mercury per year. This just happens to be the maximum allowable under federal and state guidelines. Terry Miller and others perceive that this is no mere coincidence, and Miller speculates that the real sum could reach as high as 250 pounds.

Janea Little notes that when she moved to Midland in 1988, she soon learned about warnings regarding consumption of fish from the region’s streams and rivers and lakes, because of mercury contamination.

“I wouldn’t have moved here if they had built the nuclear plant,” Little says, referring to a Dow Chemical plan that finally was kibboshed in 1986, “and if they built these coal-fired plants, I’ll be moving away.”

McCann states: “Governor Granholm mandated that all power plants reduce mercury emissions by 2015.  The DEQ has recently put into place the rules to set that new standard, and any new power plants would be required to meet the same criteria.”

(2) Karn-Weadock also would annually emit 8.1 million tons (16,200,000,000 pounds) of carbon dioxide. The former Bush-Cheney Administration was so strident against the concept of global warming that the Environmental Protection Agency has not developed control standards.

However, President Barack Obama and his EPA director, Lisa Jackson, have indicated that they desire to implement CO-2 limits. The question is, will this happen in time to affect Karn-Weadock and other proposed coal-fired plants?

“This is one of the most acute issues because carbon dioxide emissions have not been mentioned at all in DEQ’s draft air permit,” states Yelisa Pfeiffer, who asserts that the state indeed has regulatory authority over CO-2. “For me, this is one of the worst answers that the DEQ officials have given us.”

McCann says change is up to lawmakers, not the DEQ.

“While there is currently a great deal of debate regarding greenhouse gas policies, the DEQ is required by law to review permit applications under the existing laws,” McCann says. “We cannot simply put the review process on hold to see if potential policy changes eventually occur or do not occur.”

(3) Other annual emissions totals include 1,820 tons of nitrogen oxides, 2,154 tons of sulfur oxides and 911 tons of particulate matter (in effect, coal dust).

Miller is among activists who are giving increased attention to particulate matter involving 2.5 microns, which in layman’s terms are the smallest and almost invisible particulates. The 2.5-micron level had been virtually ignored because of this factor, but medical researchers have concluded that these may be the most dangerous particulates.

“They are so small that when they get into the lungs, they are small enough to then get into the blood system,” Miller explains.

(4) Air and water quality tests were conducted at three locations: the Saginaw River, the Kawkawlin River and Tobico Marsh. All are upwind of Karn-Weadock from the region’s prevailing southwest winds. Project critics say it would only seem to make sense that tests should have occurred downwind, at the bottom of the Saginaw Bay.

“The intake for Bay City water is only 3 miles from the Karn-Weadock plant,” Yelisa Pfeiffer says, noting that the Saginaw Bay is only 12 feet deep at that point.

McCann says, “A variety of tests have been done to best indicate in what directions any air emissions would go.  These are done to best represent ‘real world’ air pollution scenarios.”

Which Side to Believe?

Some issues tied to the Karn-Weadock plant, and coal-fired facilities in general, seem to boil down to opposing propositions.

For example, coal-fired critics state that demand for electricity is declining in the tight economy. Advocates point to an increase in use, as the public makes more use of computers and iPods and other technology.

Granholm is striving to resolve this rift. She has ordered a study to measure future demands for electricity, to help determine whether the eight proposed Michigan coal-fired plants are needed.

Granholm already has ordered that at least 10 percent of Michigan’s electrical power must come from renewable sources by 2015. The existing ratio is 4 percent. Other states have set higher goals, so on this point, the writing seems to be on the wall in terms of whether coal plants are indeed part of the wave of the future.

Another debate concerns job creation. Both sides insist their paths would lead to more jobs. Coal-fired advocates say alternative sources will need time for development, while coal-fired foes note that 100 percent of Michigan’s coal is imported, mostly from Appalachia through the controversial practice of mountaintop blasting.

Jalea Little doesn’t buy in, even though she has a father and grandfather and cousin who work in the utility industry. “I’m tired of hearing people tell me that my health and health of my neighbor’s children is worth their jobs,” says Little, “when there are jobs available for clean energy.”

Seward further notes that Consumers Energy would invest $2.4 billion at Karn-Weadock, although Miller and others counter that this money actually would come from ratepayers.

A recent double-digit increase for electricity already is in place.

Seward also writes, “Consumer Energy Karn/Weadock Plant has been producing energy in Bay County since 1940 and meeting all requirements and permits necessary.”

Again, critics beg to differ. They note that arsenic has been found leaching from coal slurry that is improperly landfilled at the edge of the river mouth. At particular risk are elders, children and expectant mothers.

“How can we try to advertise ourselves as a tourist attraction,” Terry Miller asks, “when are waters are polluted in these ways?”