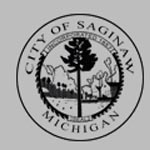 As a member of the Saginaw City Charter Commission and Drafting Committee, I feel it incumbent to address allegations, criticisms, misconceptions, and outright lies concerning the final charter draft that have been perpetrated by biased reports & editorials in The Saginaw News in recent weeks, and  also uttered by uninformed critics such as Councilman Greg Branch, along with respected members of our panel such as Joyce Seals  who, quite frankly, ought to know better.

Over the months & weeks ahead, The Review intends to develop a discourse on the need for adopting Charter change, specifically addressing each section in a clear & concise manner that supports the reasoning for each change with substantiating facts and evidence.

At the outset let me say that the key to any successful political endeavor is centered on public education.

Therefore, The Saginaw City Charter Commission is pleased to announce that we will be holding several City Charter Forums open to the general public at Butman Fish Library.

Speaking on the behalf of the majority of Charter members supporting change in Saginaw City Government, I urge anybody concerned about the future of our city to attend.

Each of these meetings will consist of Charter members being on hand to answer, discuss, and debate whatever question you care to pose, as good government ought to do.

There will be no time limits on questions and you won't have to worry about being tazered if you go over three minutes or decide to wear a baseball cap.

At our final Charter Meeting on Tuesday, January 9th, when the Commission voted 5-3 to approve the final version of our document, Saginaw News reporter Joe Snapper wrote an account the next day focusing primarily on unfortunate outbursts that occurred at the end of our meeting when Charter members Pamela Pugh and Carolyn Surles, frustrated at their inability to garner majority opinion on the Commission, opted to play the 'race card'.

What they failed to report are the significant discussions that went on for two hours, where I and other commission members addressed the concerns expressed by Joyce Seals, Pugh and Surles; along with the reasons why Chairperson Susan Carter curtailed Surles comments when they fell outside the boundaries set forth in Roberts Rules of Order.

Essentially, the 'blueprint for tragedy, pandemonium, and confusion' that Seals predicts for the City, should the Charter be adopted, center around three objections that were clearly & rationally addressed.

First, Seals and other critics object to the proposed Ward System, which will generate distinct representation on Council from all areas of the city.   They claim the architecture of the wards is racially biased. The reality, however, is that according to law, there can be no greater deviation when setting up wards than a margin of three to five percent along racial lines.

The borders defined in the proposed Charter do exactly that. Moreover, and as I pointed out to Seals at this meeting, the notion that an 'East Side' and a 'West Side' of Saginaw even exist anymore is racially motivated thinking dated by at least a decade.  Think about it: Can you name any area of Saginaw - East or West - that is not integrated today?

Secondly, Seals objected to the Charter's plan to create a financial 'Ombudsman' that must have an advanced accounting degree or a law degree and will essentially act as a financial watchdog to assure public efficiency.

Charter language clearly states that the ombudsman "shall seek cost effective alternative sources for ineffective processes, departments or services, and receive complaints of citizens relative to the city affairs." As I pointed out to Seals at that meeting, if this office had existed ten years ago the City would not have wasted $500,000 on purchasing computer software that was outdated, and would not be courting lawsuits based upon illegal bidding practices that award contracts along racial lines.  More about this topic will be forthcoming in future editions of The Review.

Finally, Seals objected to the notion of paying councilpersons $20,000 per year, claiming it will bankrupt the city. Ask yourself this: How can competent candidates be expected to dedicate the time it takes to do an effective job in council when they only receive $1,000 per year?

As I argued at that meeting, in government - as with anything in life - you get what you pay for.  Again, specific examples of cost savings and how these salaries will be budgeted and ultimately save the city money will be outlined at future public forums.
Regarding the portion of our final  meeting that the mainstream media did cover, further explanation is warranted.

For two years now, Pamela Pugh Smith has sat at meetings where every key provision of this Charter was deliberated, language developed, and motions adopted. For her to call the final draft an '11th-hour document' is disingenuous at best.   When she childishly labeled our hard work & endeavors a 'joke', it sadly reflected on the lack of respect for the democratic process that has gotten our fair city into the state it currently finds itself in.

As for Surles, when the motion was made to adopt the Charter, Roberts Rules of Order demands that all discussion be focused upon the topic.  Because Surles comments were directed at telling people how they should feel about the Charter, instead of dealing with specifics of the document itself, Carter was entirely within her rights to curtail discussion.

As stated at the outset of this piece, over the months ahead, the duty of our Commission will be to 'sell' this document to the public.  Given a fair and unbiased playing field, free from media distortion, I am confident we can do exactly that.

Before signing off on this installment, two important points need to be made to correct gross misconceptions fostered by councilperson Greg Branch and The Saginaw News Editorial Board.

First is the notion that we are proposing a 'Strong Mayor' with 'imperial' power to appoint and/or fire a City Manager, Ombudsman, or any employee of city government.

This is simply not true.

What we are proposing is an Elected Mayor with the power to nominate not 'appoint' people for these positions.
The City Council may also appoint nominees and if a majority of the Council, as comprised from each of the wards, does not like the Mayor's appointment; they can override it with a majority vote.

Finally, and the most important thing to remember about the proposed new City Charter is the fact that if a majority elected to Council is dissatisfied or does not like any particular section, they can always change that section by putting it up to a vote in the following election cycle.

So what's the big beef?

Frankly, 'change' is hard for certain people to swallow, especially if they base their careers on catering to a status quo that has bankrupt our city over the years while amputating all potential for growth, resurrection, and vibrancy.

Greg Branch may think all that the city needed was a little 'nip & tuck', but in reality, the problems are far deeper and more systemic than that.

Besides, I would rather be on Michael Jackson's plastic surgical team and make a mistake that can be reversed through the democratic process, than be like Michael Jackson himself - full of denial, feeding the monkeys, playing with the elephants, and oblivious as the Walls of Wonderland continue to crumble.