Time Has Come Today (or Bad Flashbacks to McGovern, 1972) 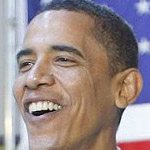 In order to make progress possible, blacks have to give up on the past. Tomorrow is their only option.


I haven't been this fired up about a presidential election since 1972 when Democratic presidential nominee George McGovern stood behind his running mate Thomas Eagleton one thousand percent ...1000%? Is there such a thing?

I thought one hundred percent was the whole, the total of anything - so 1000% is like an uber-sum? Perhaps - but not for Eagleton - the disclosure about his secret experience with depression in the sixties electro-shocked the political movers and shakers and caused his removal from the Democratic ballot.

Of course this was part of Watergate figure Donald Segretti's  'dirty tricks' campaign, but it seems peculiar that something as common as depression would be such a deal breaker when over 17 million Americans experience it each year.

McGovern's blatant weak-kneed caving-in to the party elders (known as super delegates today) served as a dark lesson to any who would dare enter the public arena with something to hide and no way of hiding it.

And it made McGovern look a little bit ah, indecisive.

But it was even more complicated than tagging a stigma to undermine an indecisive political whip; McGovern suffered another sucker punch, a knockout blow, when journalist Robert Novak quoted the loose-lipped and seemingly still depressed Eagleton as saying,  "The people don't know McGovern is for amnesty, abortion and legalization of pot. Once Middle-America, in particular Catholic America finds this out, he's dead."

Eagleton's blasphemous label stuck and McGovern became known as the candidate of amnesty, abortion and acid when in fact he was a former divinity student, college professor and a World War II combat veteran - an honest and upright man, a man of integrity.

Perhaps it was a lapse in decency and an uncommon nudge in time that created the conditions for one man to derail McGovern's train wreck candidacy.  However, McGovern soldiered on with a new vice presidential candidate, Kennedy shill, Sargeant Shriver only to lose to Richard Nixon by a 60.7% to 37.5% margin, winning only one state, Massachusetts, and the District of Columbia.

My energetic unstoppable participation in McGovern's campaign went for naught and it sure took the wind out of my sails.

I was a broken and busted down political neophyte - too young to know I'd been had and too cloudy to appreciate the lesson.

I never again devoted myself to a presidential campaign - until now.*

Although the Democratic Primary campaign has been at best disappointing and at worst an excuse for dirty claptrap politics, it still reveals the hope and opportunity offered by Barack Obama's candidacy.

Color matters at least until we understand how our differences reflect our common humanity. We are one in the same - only different. Racism has been a national disgrace since our founding and our entrenched institutionalized prejudice may be a convenient ruse to disguise over-arching class divisions whereby the rich get richer at the expense of the poor and middle class.

The brutally honest polemic of Debra Dickerson casts a wary eye on any attempts to whitewash state sanctioned shibboleths regarding the legacy of Jim Crow and "its active pulsating evil." She understands deeply the precarious balance within the structural inequalities in America and how class and race can confuse the real issues regarding power.

Dickerson writes, "Black autonomy is not white's to bestow-it is blacks to exercise." She boldly looks at the role of powerful blacks in business and government and takes issue with the misguided post-movement leadership who claim nothing has changed.

Change has made the presidential race of 2008 possible.

Anyone who has read Obama's autobiography Dreams From My Father can attest to his elegant dignity, his sensitive intellect and the sacred stories he reveals. He is a global man who has witnessed the racial caste system operating in Kenya and in Jakarta as well as in Hawaii and Chicago.

He is born of intellectual parents, an almost mythically heroic Kenyan father and an intellectual and principled mother from Kansas.  Obama spent most of his life searching for his father, a hunger most of us have in some form, even if our distant father is nearby.

We sons cry for our fathers - we are forever hungry for him. Barack Obama deeply understands this primal wound. His parents separated when he was two and divorced when he was four. He could only imagine his father through the stories of others. Barack was just a school boy when his father died tragically in an automobile accident. Before he began his educational career at Harvard Law School, Obama visited Kenya the homeland of his ancestors. He sat before the grave of his father and wept until his tears were all spent and calmness overtook him and he felt a dawning of awareness to the true nature of his identity - the black life, the white life and all of his experiences as an American that led him back to Kenya.

And he realized that the pain he felt was his father's pain, his questions were his brother's questions and that their struggle was his birthright - a noble inheritance.

A More Perfect Union, Obama's now famous treatise about racism in America was an elegant rebuttal to the political pundits' uproar over Reverend Wright's angry comments about race and injustice. Obama skillfully condemned Reverend Wrights most divisive and inflammatory remarks. He was also able to give the remarks a proper context based in the reality of black experience, a perfect dialectic composed of multiple truths.

This speech was historic in the breadth of the truth it revealed and the middle path it embraced. It revealed Barack Obama as a man that reaches beyond reason to achieve a modicum of wisdom.

In Dreams From My Father Obama recalls a conversation with Dr. Martha Collier, the principal of Carver Elementary in the south side of Chicago. They had walked down the hall together and observed a "wobbly line" of five and six year-olds.
"Beautiful, aren't they?" Dr. Collier said.
"They really are"
"The change comes later. In about five years, although it seems like it's coming sooner all the time."
"What change is that?"
"When their eyes stop laughing. Their throat still makes the sound but if you look at their eyes, you can see they've shut off something inside."

A conversation between Obama and a lifelong resident of the south side by the name of Johnny illustrates what we are facing in Saginaw and all over the country.

"I ain't never see it this bad, Barack. I mean things were tough when I was coming up but there were limits. We'd get high and get into fights. But out in public, at home, if an adult saw you getting loud or wild, they would say something. And most of us would listen, you know what I'm saying? Now with drugs, the guns - all that's disappeared. Bottom line - you got 12 year-olds making their own damn rules."

For our children - Time Has Come Today!

There is a direct intellectual and spiritual lineage from Gandhi to Martin Luther King to Bayard Rustin to John F. Kennedy to Jesse Jackson and finally to Barack Obama.  This is not just an issue about black and white or rich and poor. It is about salvaging and strengthening our democracy.

In a recent article by Georgie Anne Geyer, Dick Cheney displayed an arrogance and disregard for the American public and apparently all of humanity. "The American people are against your policies", he was told.

He turned toward the accuser and demanded, "SO?"

It was a clear statement of an anti-democratic perspective.
Time Has Come Today!

power and strength of a society flows.

I hope it is not too late.
Barack Obama may be our last best hope


Now the time has come
There are things to realize
Time has come today
Time Has Come Today!