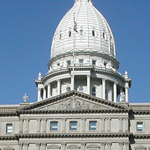 Despite claims by The Detroit Free Press and the Senate Minority leader asserting state funding cuts are a reason some public school districts are in financial distress, according to the State Fiscal Agency, K-12 public education has received hundreds of millions of dollars more the past few years, despite there being a drop in the number of students the past three years.

M-Live ran a piece back in January that quoted Minority Leader Gretchen Whitmer as stating that Governor Rick Snyder “has cut $2 billion from public education over his first three years in office.”

Yet according to an investigation by reporter Anne Schrieber that appeared in Michigan Capitol Confidential, since Snyder has been in office the state has passed school aid budgets that devote $709.9 million more in state resources to school funding, according to the Senate Fiscal Agency. The school aid budgets have increased 7.4 percent from $10.8 billion to $11.6 billion from fiscal year 2011 to fiscal year 2014. At the same time, total student enrollment was down 2.4 percent over the period.

Here’s a sampling of proposed legislation as described on MichiganVotes.org.

This bill would repeal the law that an individual who has attained a Michigan attorney license must also belong to and pay annual dues to the Michigan Bar Association, a private organization for lawyers, as a condition of being able to practice law in Michigan. The bill has been dubbed ‘right to work’ for lawyers. Referred to committee, no further action at this time.

This bill would require law enforcement agencies with SWAT teams to file reports every six months disclosing the number of times these units were deployed, where they were deployed, and the reason they were deployed; along with the legal authority for the raid, the result, the number of arrests made if any, the type of evidence and property seized, whether a forcible entry was made, whether a weapon was discharged by a SWAT team member and whether a person or pet was injured or killed by a SWAT team member. This bill was also referred to committee.

This action would prohibit government property tax assessors from entering a private dwelling or structure without the written permission of the owner, and also prohibit assessors from increasing assessments based on an assumption that unobserved improvements may exist. It was referred to committee.

This bill would create a ‘patient centered’ alternative to the Medicaid medical welfare program that would include low-cost ‘direct primary care’ contracts between individuals and a physician for routine and preventative health care services, high-deductible type insurance plans, health savings accounts and more. Also, to ask federal permission to allow employers subject to the federal health care law (OBamacare) employer mandate to provide high-deductible insurance policies to workers as an alternative to paying the mandate’s penalties. Refereed to committee, no further action at this time.