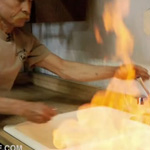 You can write Ken Horn about changing his support and position on this issue by emailing him at kennethhorn@house.mi.gov.

Thank you for this well-written article. We moved to Holland area last summer and spent 10 months looking for a house that didn\'t have water issues in the basement. When we couldn\'t find one, we looked for land—just a dry spot that didn\'t have Google/Bing images of water drainage problems. If people don\'t think FRACKING IS A PROBLEM, they are just ignorant. How could we easily allow this kind of pollution into our water systems? It is all connected.