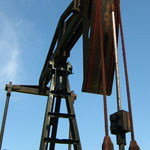 On the national front, Democrats wasted no time in passing legislation to end subsidies for big oil and open new investments in renewable energy.

With the January 18th passage of the Clean Energy Act of 2007, the bill would repeal $14 billion in subsidies and tax breaks for Big Oil companies in order to invest in clean, renewable, alternative fuels & energy efficiency. The bill passed by a vote of 264 to 123.

Congressman Bart Stupak, who co-sponsored the bill, noted "last year, the five biggest oil companies made $97 billion dollars, nearly five times their profits in 2002. These record profits were bolstered by excessive tax breaks, generous subsidies, and being allowed to drill on public land without reimbursing taxpayers. In the meantime, Americans were gouged at the pump last summer, as gas prices rose to over $3.00 per gallon."

The bill would ensure oil companies awarded leases for drilling on public lands pay their air share in royalties to the federal government. It would also close loopholes, ending giveaways for big oil that exist in the tax code. The bill would redirect funds from these tax breaks and special subsidies towards clean, renewable energy resources and alternative fuels, promote new energy technologies, develop greater efficiency and improve energy conservation.

The measure now moves on to the United States Senate.