Appreciating the Character of Irish Cuisine 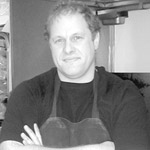 What comes to mind when you think of St. Patrick's Day? Many people see it as a day to wear something green, see a parade, eat some corned beef and get drunk on green beer.

What do you think of when you think of Irish food? The aforementioned corned beef & cabbage, potatoes, Guinness Stout, oatmeal, whiskey, more Guinness, more whiskey, more potatoes. Not much is ever said about the actual history behind the holiday or real Irish food.
Let's start with St. Patrick himself. He was born to wealthy parents in Wales around 385 AD. Irish history goes back a long time. At age 16 his village was raided and he was sold into slavery. About 6 years later he escaped and fled Ireland, ending in a British monastery where he stayed for 12 years be become a Priest. After his ordination he was called back to Ireland to convert pagans into Christianity, where he was quite successful and upset the Druids who had him arrested. He once again escaped and his mission lasted for 30 years. St. Patrick was said to have performed many miracles and was credited for 'driving the snakes' out of Ireland', even though the island never supported snakes.

He used the shamrock as a symbol to explain the holy trinity to the Pagans and it has been a symbol of Irish pride ever since. In Ireland they drink a shot of whiskey with a shamrock floating in it to celebrate the holiday.

St. Patrick is said to have died on March 17th in 461 and thus we have St. Patrick's Day. Today St. Patrick's Day is celebrated all over the world with the usual secular festivities, but in Ireland it has always been a religious holiday. Up until the 1970s Irish laws mandated that pubs be closed on March 17th. Only recently has the Irish government actually seen the holiday as an opportunity to showcase Irish culture and drive tourism.

In the United States the Irish have been in America since day one. There was even a crewman named William Ayers from Galway on the ship of Columbus. There are more than 40 million Americans who claim Irish heritage and they are the third largest immigrant group in the U.S.

So what about Irish food? I have to be honest - I don't claim to be any expert on Irish cuisine. I guess like most of us I do more drinking than eating of things Irish. For thousands of years grains were a dietary staple, while oats & barley cooked into porridge or ground into flour was food for the rich & wealthy. Pork & lamb were common for the poor. Fish were widely available and oysters & mussels could easily be gathered. When the English arrived land was increasingly taken over and the Irish were forbidden to hunt, with many forced to sell what little food they could grow top ay rent. By 1755 Irish Catholics owned less than 5% of their own land. It was during this time that the diet of potatoes became so important.

Ironically, the crop that allowed the Irish to thrive was also the crop that would destroy them. In 1845 a fungus took over the tubers and they rotted in the ground obliterating the primary food source for millions. The real tragedy is that the fungus only affected the potato crop. The wealthy landowners still had plenty of vegetables, meat and grain, but much of it was for export. Millions of poor families were evicted and starved to death while wagons of bacon, oats and barley were headed for port.

By 1851 the famine had ended but the damage had been done. By the end of the century Ireland lost half its population to starvation and immigration to the U.S. Although it may seem like a long time, it really isn't. The famine is one of the main reasons people see "Irish cuisine as an oxymoron. Only in the last 25 years have we begun to see a real resurgence in Irish cooking done by passionate chefs who champion their native products. Irish seafood is some of the finest in the world.

So this year let's celebrate with a new respect for the Irish. They are a tough lot and their contributions cannot be overstated. Read some Yeats, cook some lamb & potatoes, drink some Guinness and give thanks that for one day out of the year we can all be Irish.

Cooking: In a Dutch oven heat some vegetable oil. Season the lamb with salt & pepper and sear on all sides to a deep golden brown. Remove from the pan and add chopped vegetables. Cook until softened. Add chicken stock, Guinness and herbs and bring to a boil. Return the meat to the pan and loosely cover with foil. Place in a 325-degree oven and cook until the meat falls from the bone, about two-and-a-half hours. Gently remove the meat to a plate and strain the sauce into a saucepan. Taste for seasoning. The sauce can be poured back onto the meat and served immediately with the Champ or chilled with the sauce to be served at a alter time.

Ingredients: 6 cups all purpose flour; 2 teaspoons baking soda; 2 teaspoons baking powder; 3 tablespoons cornstarch; 2 teaspoons sugar; 1 teaspoon salt; 2 and 1/2 cups buttermilk. Cooking: Sift all dry ingredients into a bowl; make a well in the center and add all the buttermilk. Mix until just smooth and knead for one minute. Divide into two portions and shape into round loaves. Sprinkle with flour and cut a cross into the top of the loaves. Rest for 10 minutes and bake in a 375 degree oven for about 40 minutes. Cool and serve with lots of good Irish butter.