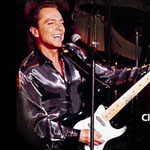 OK... David Cassidy is one of my guilty pleasures along with the 1910 Fruitgum Company (1,2,3 Red Light was the ultimate ode to psychologically coerced sex), Bloodrock (DOA really did something for me) and the Buoys (what was Timothy really all about...cannibalism?... Brokeback sex?... both?)  Yep, I'm one twisted soul, wounded but not out of the battle quite yet. Maybe I wanted to see David so that I could look back at my own lost innocence - back when the issues were not so dire and I had energy and hope. Now I'm planning for retirement along with all of my buddies....

Oh yes, life is incredibly dull. Such talk makes me want to commit suicide or schedule an appointment with some fat dentist with bad breath and a worse attitude. You know what I'm talkin' about, the kinda dentist that SMILES when he asks, "Did that hurt?" or the vapid hygienist who lectures you with the foundation/house metaphor for the umpteenth time. I just wanna get up and SCREAM. But I can't and I don't. Instead, I smile weakly and apologize for the errors of my ways and all my human frailty...and promise to floss. Thanks for that tiny piece-a-crap flossing sample. Here's your check and thanks for the bum's rush. So, here I am at the casino in Mt. Pleasant. My wife and I get there in plenty of time to grab a bite - their world famous prime rib sandwich - and watch a massive crowd of people assembling at the banks of slot machines, roulette games, and blackjack tables.
But all of that is forgotten as we amble ourselves into the concert area. I can't wait for David Cassidy. He was once the highest paid performer in the world, outdistancing Elvis, Elton John, the Stones - all the elite badass rock stars. He sold over 20 million albums and he starred in the Partridge Family, a mega-hit television series in the seventies. Whew, what a career! It wasn't so long ago - 15 years or so, Cassidy performed on Lettermen or some other late night show with none-other-than Saginaw's own Mark Free singing back-up. They sound goodŠreal good. Yeah, I half-way expected a good show form this former teen idol.

Finally Cassidy came on stage, the band was decentŠgirl drummer, hmmŠI like girl drummers  - and he looked terrific, slender and athletic. At 56, Cassidy looks handsome and well preserved, he's held up pretty well. He's playing rhythm with an occasional lead. But his focus is singing and playing the crowd. The hits were all there I'll Meet You Half Way, C'mon Get Happy, Cherish, I Woke up in Love this Morning, How Can I Be Sure, Hurt So Bad and, of course the slick and wondrous I Think I Love You.
In between songs Cassidy offered sweet anecdotal gems about his career. He was gracious in his praise of his co-stars and the songwriters that penned his hits though he never mentioned them by name. He slurred his words only once or twice and went on and on about John Lennon (dead Beatle) visiting him at his home in LA and getting good and drunk as they sang a medley of Beatle's tunes, about 40 songs all told.

Then he proceeds to get his acoustic out and play Hide Your Love Away - badly. But one that altered the adulation poured onto David by his rabid female fans. They loved him so much that they couldn't stop themselves from rushing the stage and lining up for kisses, a quick embrace and occasional lip lock (full mouthed and watery), cuddle and squeeze. Cassidy was a smooching machine that kissed and re-kissed the women who lined up across the front of the stage and recycled themselves to the back of the line for another round.


It was a love-fest that elevated a hot smooch above the music, in fact, between all the holdin' lovin' and squeezin', Cassidy was barely able to sing at all. It went something like, "I Think I Love YouŠ.mmmmŠ.smackŠ..grrrrrŠmmmmŠ.sllllurrrrrp.

So what am  I so ŠohhhhhŠ.mmmmŠgrrrrŠsllllllurrrrpŠaffffffr

dof.." I can't really fault Cassidy for his teen-idol behavior.

At his age he's fooling more and enjoying it less and his show is like an aphrodisiac - for him, that is.
As for myself, it just made me tired.