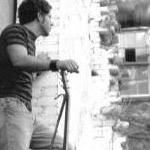 Sit back, kick your feet up and prepare yourself for some of the best latte rock since Emitt Rhodes left Merry-Go-Round and did American Dream. Melodic pop never got much better than Rhodes' You're A Very Lovely Woman. Sure there were some mighty efforts put forth - Badfinger's No Matter What, Todd Rundgren's Hello It's Me and Big Star's September Gurls - but none could match the pure power-pop genius of Paul McCartney.

From Yesterday to Helter Skelter and his stone masterpiece Maybe I'm Amazed, McCartney became the Holy Grail to many an aspiring pop singer.

Brett Mitchell is among the legion of Sir Paul devotees as is his producer, former Haskels' front man Andy Reed.

After an early incarnation as strong-arm power drummer for Gutbucket Blues Band, Mitchell morphed into a sweet honey-toned singer songwriter and blew us all away with his 2005 debut release Brett Mitchell (STEREO) that featured such gems as Sun Is Leaving with its gorgeous cello backdrop, the late-sixties-Kinks-inspired Defrost and the playful good time rim-clickin' Goes My Way (with the wondrous Dave Kellan singing background). Like his idols Weezer, Mitchell can swing sweet and soft but he can rock yer socks off too!
Before I review each of the songs on this glorious CD let me tell you the story - the real story - about how Brett Mitchell found the inspiration for Small HouseŠ

At the most unexpected times Brett's memory swings back to his college days, sleeping in till noon and pulling all nighters on those black bennies his suite-mate cuffed from a street vendor, or the infamous swirly incident and oh yeah that lovely coed from Australia who called him "baby" and turned up at odd hours dressed only in a Bogie-like white trench coat and ready to go.

Initially she was attracted to his strong wrists and would squeeze and kiss them like she was feeding a fetish or something...it kinda creeped him out though he really liked it. She told him she used to date the drummer from Air Supply and she found that drummers made great lovers.

Brett could only smile whenever he thought of her - you know that crooked half smile like he was Elvis or something.  But when sweet pants learned that Brett's musical ambitions had changed and he was beginning to sing (and oh, what a voice he had) and write songs, she decided full out to fall-in-love with him. She thought of herself as an erstwhile Patti Harrison and hoped she might arouse Brett to write great love songs like Something or Wonderful Tonight or her favorite song - MandyŠMandy?

But before it got too serious she jumped ship and left for Arkansas to campaign for Huckabee. She loved his Faith, Family, Freedom slogan - the sound of it, not the meaning - and sang back-up in his band Capital Offense. Some say she was the one who convinced Huckabee to run for the Presidency.

The disc opens with Born Too Late a great mid-temp rocker with a riff straight outta the Cars songbook and musical landscape colored by the layered doodling of a moog synthesizer. This is a hook-filled joy to behold with an irreverence that captures the spirit of Cash, Lennon and the other masters mentioned in the lyrics.

Small House is a metaphor for a day in the life of a working musician, trying to make it - at least beyond the county line. It's hard work, long hours and doesn't always pay well. It's both exhilarating and demoralizing, depending on the gig and the crowd response - do they ever really get it? All in all, the small house can prepare you for something bigger.

Don't Worry About Me. This is Bob Marley meets Paul Simon - a reggaefied pop treat that seems to be the third movement in the opening trilogy of related songs about being a musician. Common themes include sleeplessness, loneliness, solitude, and relationships - problems that seem preordained for the lifestyle. Friend is an ode to love and friendship and is one of the most beautiful songs on the disc. Mitchell's pure tenor is used to great effect and helps convey his search for closeness and spiritual longing. Indeed, Mitchell's voice is one of the best instruments on the CD.

This is no small praise as the supporting cast of Mike Cramton (drums, conga, and percussion) Tim Puckett (piano, lap steel, harpsichord), Bill Hall (bass), and Andy Reed (bass, producer) are superb - MONSTERS on each of their instruments!

Head in the Clouds is a cool jazz ballad beautifully sung with Mitchell's vibraphone adding effect. The lyrical theme is about stasis - playing the same old songs and the uncertainty about an ongoing relationship.

New Disease has a damn good hook and the metaphor is perfect. Hey dudeŠso what keeps you dippin' the wicket in this crummy relationship?  Church Lady says it's the devil - and spells it S-E-X.

Going Away has a fifties Earth Angel vibe and is sung so high and pretty it makes me wanna moon & june and listen to some more. This is a breakup song that's far too lovely to be a breakup song. But Mitchell puts just enough cry in his voice to get the message across.

Last Chance is a funky minor chord classic that has a foreboding tone and a dialectical message containing multiple truths - it's just another day and this is your last chance. Every day you face moral dilemmas and make choices to live with integrity or to cast your values aside. These decisions can be both small and large. What is the price of betraying your beliefs?

Neighbors brings the protest front and center and decries war, death, and destruction. This is a tough message wrapped in a folk/blues shuffle. Mitchell is stretching out as an artist, revealing diverse musical shadings and a deeper lyrical perspective.

Good Intentions is just Brett and his acoustic. This is a soft beautiful song with some of Brett's most heartfelt singing. The lyrics express Mitchell's spiritual longing and his awakening to something bigger.

Onion is a metaphor for resilience, the something deeper inside of us that keep us holding on. Puckett's piano and Mitchell's insistent guitar riff underscores the songs message of hope and faith. Life can cause us to doubt ourselves like an onion we can peel the layers back to reveal more than meets the eye. An affirmation and a great closer.

So there you have it, with the exception of a few tracks that due to space limitations, we had to omit.

If you're tired of the overproduced, ultra-compressed digital sound blasts that foul the airwaves and you wanna get yer paws on something home cooked  then Brett Mitchell's Small House is for you -

It's sweeter than a fresh Baci di Dama and is about as much fun as tooling down the back roads in your'69 Mustang, top down and the sunshine kissing your face.