Baby Boomers or the ‘Flowers of Algernon Generation’? 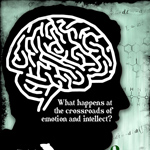 If there is one thing we love more than a “rags to riches” story, it’s a “rags to riches to rags” story.  These don’t necessarily have to be tales of economic feast and famine.  They may also encompass many different versions of rising near the pinnacle, then quickly falling on misfortune.

You don’t really have to think hard to come up with examples.  On one end you have the scoundrels.  Guys like O.J. Simpson, Lance Armstrong and Alex Rodriguez, who we learned to be phonies, cheaters and criminals.   We found out Tiger Woods was just as interesting, if not more, with a broken knee and a broken marriage as he was when he was breaking records.  We wowed at their exploits and heaped upon them the status of exalted heroes, who overcame steep odds and rose to the top of their professions.

But in these other stories the heroes let us down.  We couldn’t help but watch with wide eyes as we found out how the sausage that is celebrity status was made.    On the extreme end of this spectrum are the tragedies, where a momentary lapse or cruel twist of fate reverses the fortunes of someone who had seemingly worked their way to the top of the world.

Christopher Reeve, my generation’s Superman, gained more attention after his tragic horse riding accident left him a quadriplegic.   Steve Jobs was lionized, vilified, deified and then died too young, an icon for the ages.   Countless beloved actors and athletes have ended up bankrupt, as they lacked the emotional maturity and financial savvy to understand that “lovable” doesn’t stay “bankable” forever.

It’s like we get a constant reminder of one of the basic principles we learn in science class:  What goes up must come down.   And we watch it happen all the time.

The book “Flowers for Algernon” has been a staple of school reading programs since it was expanded from a popular magazine feature into a short novel in the mid-1960’s.  Written by Daniel Keyes, it is based largely on his own musings of what it would be like if you could somehow markedly increase your intelligence.

Keyes was his own sort of success story, as he went from mediocre med student to renowned writer, whose best-known work was also made into the Oscar winning movie “Charly.” In the story, a team of researchers conducts apparently successful surgery on a lab rat, which results in a remarkable increase in its cognitive ability.  As the original story was published as a science fiction piece, we are asked to suspend our understanding of reality for a bit, as they decide to move directly to a human trial.  Their candidate, chosen by his comparative ability to navigate a maze to that of the lab rat Algernon, was Charlie Gordon, a developmentally disabled man who worked as a janitor in a bakeshop.

In a “Cliff’s Notes Under a Shrink Ray” summary of the story, the surgery seems to work at first.  Charlie’s intellect quickly begins to grow – to genius level, in fact.  He moves through his first romantic relationships, first with his instructor and then with a neighbor, once he has moved on from his old job and circle of “friends.”

The rise his ability and recognition, however, is mirrored by many dark emotional undertones.  He has difficulty coming to grips with horrific memories of his upbringing that emerge as his brain comes to life.  He realizes his coworkers, used to mocking him, are now jealous of his intellect.  But even as he begins to move through increasingly mature relationships and in new social circles, there is always an uneasiness that it might not last.

A revelation in his own research indicates that concern is valid and, as fast as Charlie had risen, he descended back to his original form, only fully aware of the privilege he had lost and that some took joy in his return to his ”rightful” place as the butt of their jokes.

It’s a fascinating book for a number of reasons.  First, it is written as a series of journal entries from Charlie.  You can experience his growth, internal squabbles and his decline by way of a fictional first-person account.  Second, you find yourself rooting for him – to get the girl, to “go for it,” to slay the demons of his past and, finally, to find a way to maintain some of the gains he made over the course of the experiment.

It’s sad as things unravel for him.  It’s sad when he buries Algernon in a cheese box in his back yard.  Much like the book’s contemporary, “Brian’s Song,” we hate it when good guys fall.  But it happens, it hurts and it’s sometimes hard to watch.

When The Boom Finally Bombs

The American Baby Boomers are arguably the most discussed and dissected generation in history and with good reason.  Not only are there simply a lot of them, it is a group packed with accomplishment and interesting stories.  With inventors, artists and financiers, their top tier of talent rivals that of any period in history.

But the real story of the Baby Boomers isn’t about the cream that rose to its top, it’s about the roughly 65 or 70% of their group that are decidedly Middle Class.  It’s this group, who really splashed into our collective consciousness as the “flower children,” that I have started to refer to as the “Flowers for Algernon Generation,” and that is not just because they were among the first to be required to read the book.

If you were born between 1946 and 1964, you have very likely seen some awfully good times.  Yours is a generation that was really able to capitalize on the run of growth and innovation that was unmatched in human history.   The Baby Boomers weren’t necessarily the smartest group ever, but collectively they were the most educated and the most productive to date.  Things were good and it seemed, for the first time, the Average Joe was off the plant floor coming along for the ride.

I remember as a Plant Manager in the late 90’s when guys would shuffle into my office, tell me they realized they were worth a million or more dollars, and it was time to retire.  Quite often this was happening with men and women who were in their mid-50’s.  That theoretically left them with a lot of good life to live.

But remember again, what goes up must go down.  And, much like the Charlie Gordon faced the short lived promise of a life as a Renaissance Man, the prospects of many Middle Class Boomers are moving in one direction – down.  In science we might call this entropy; as a board game we might call it Monopoly.

All of these generally end the same way – right back where you started.

The Question Now Is: How Much Can I Hang On To?

The peak of economic prosperity and for the American Middle Class was arguably in the period from 1995 – 2005.  Growth was particularly steep during this period, as indicators from home ownership, median net worth; average wages (when measured in constant dollars) and GDP soared.

But then something happened the detoured us from the path to the life of leisure that John Maynard Keynes predicted for us.

I won’t pretend to provide a timeline or a comprehensive analysis here.  Let’s just say it was a lot of stuff:

While not a universal plight, for many these bullet points are among the dots that connect their fall from financial grace.  You’ll notice I didn’t try and throw political figures into the mix.  I am tending not to blame the Presidents as much as I used to.  It’s just the way it is in the capitalist experiment that is America.

Like Charlie found, unfortunately not all gains are permanent.

As you read the previous material, I hope you don’t come to the conclusion that I am writing off the Baby Boomers, that I have completed an exhaustive research on the subject or that I am even that certain that I am “right” here.  Much like Keyes when he wrote Flowers For Algernon, I am simply contemplating the events I am seeing personally and the kind of data you can find in a couple of nights on the internet.

I think the story of Algernon and Charlie Gordon may end up being a reasonable allegory for the rank and file Middle Class Baby Boomer, however.  Like, Charlie, a lot of them started out with nothing or next to it and they managed to ride the wave of prosperity and get to experience a taste of the good life.

But much like the lead characters in the book, it wasn’t meant to be.  It may have a bittersweet ending sometimes, but it is the kind of story that will make you think.  It makes you want to root for the good guy, even when a less than positive outcome appears to be part of the plot.

Sometimes, you hope your research is wrong.  But then the darn rat dies and you know exactly where this whole thing is headed.  Gradually or suddenly, all good things are still