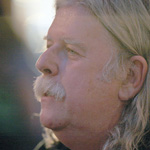 John Lennon once said that celebrity was a bitch, because, as he put it, people never recognize you in the present. Their connection to you, he said, would forever be related to something they know of who you once were, and they can never really know how you are now.

I think about that as I take the honor of writing a little something about the fella who won Review Magazine's 2007 Award for Best Light Man, Best Sound Man, and Individual Making the Biggest Impact on the Scene in the Last 20 Years. Though I believe John Lennon may have it dead on, I don't necessarily agree with him that past connections are such a bad thing.

For decades now, as any band will tell you, there has been a fixture on the local music scene that has helped to shape it every bit as much as the numerous performers who have taken its stages.  He has worked just as hard, if not harder than most, to bring the bands you know and love to life, and he has gotten precious little credit for it.

Not that he was looking for any.

Al Limberg, if you don't know him, is the witty, personable, attentive guy sitting behind the soundboard, twizzling knobs for almost any given group on any given night. Though he currently spends a great deal of time with Maybe August, Al seems to be omnipresent. Strangely, every time I go somewhere, there he isŠ running sound for "the band". Every event, outing, gig and even church function seems to have him on the job. And here's the kicker; if you don't see him at a gig, odds are he was there earlier to set it up.

Personally, I think he's been cloned.

I met Al circa ten years before Jesus, on a trip down Hamilton Street to Saginaw's long ago Watermelon Sugar. It was a blistering hot day, sticky to the max, and my guitarist and I were bored, so we thought we would check out the "new" music store.

"Watermelon Al" was sitting in the rear of the shop, drinking a soda, and melting at the rate of roughly 12 ounces an hour. He greeted us with a booming hello, gave us the nickel tour, and spent the next hour or so enthusiastically holding animated conversation with a couple of punks who were obviously too broke to do much but window shop. He didn't make a sale that day, and he didn't care. He made some friends, and though he has lots of them, Al seems to be of the belief he can always use more. For Limberg, it's not hard to do. His personality seems to expand to fill any room meant to contain him.

On the local behind-the-scenes platform, "celebrity" is a deceptive and often unfair word, because it insinuates a singular view of popularity based on sheer exposure. Unlike the big broad world of performing, where technicians and roadies are interchangeable, the local sound guy who keeps a firm footing in the community deserves every bit as much credit for shaping its sound as the guys on stage. Al has been there not for just one show, but for a whole generation of shows.

If the fans of the band don't know his name, he is good with that. In fact, he pretty much prefers it.

But among the people who know how it really works, when the lights are cold and the stage is bare, when the gear is in a pile on the dance floor, and the band is still sucking down bloody marys to ward off a hangover, Al is known to everyone. He's the guy who sweats the details so that punks like us can play Rock Star. He makes the job easier, he makes us sound better, and he makes it more fun. He's the guy who's watched us grow up on stage. He's seen us with good bands, bands that sucked, and bands that he respectfully submits "Šcould get better".

He's seen our victories and failures, and he's shared our sentiment with both. Al's place in the hearts and minds of area musicians is firmly rooted in our past connections to him, and our unwavering certainty that he will simply be here, making us sound and look good until our final curtain. Most of us still know him as "Watermelon Al". Some of us are too young to have known him as such. Still, all of us can appreciate the part he's played in our histories, and appreciate the impact he's had on our futures.

Al Limberg, a celebrity? Maybe he's not, in the most traditional sense. But certainly, he's a very integral and respected member of our music community. If you are a musician who has played the Tri-Cities with any regularity, he is as familiar to you, if not more so, as the bands he dials in. Undeniably, his connection to us is valued. And, though we're really lousy at telling him when we should, we appreciate it.

Sure, most of us still call him "Watermelon Al", and that may have offended the haughty sensibilities of someone like the late great John Lennon. But to us, though it's a connection to the past, referencing Al Limberg as such is a compliment in the highest order. It gives a wink and a nod to the long, long road we've traveled together.
And damn: It's been a cool ride.

Congratulations, Al. And I apologize: I should have said it sooner.

So sad to hear this news. Great guy, warm heart, amazing soundman. Al will be missed by many...