The Race For the Michigan Supreme Court 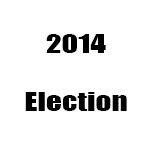 The election of Michigan’s Supreme Court is truly an oddity.  Every two years prospective candidates vie for a seat on Michigan’s court of last resort.  This year, two of the seven seats are up for vote, with one spot to serve for a full 8-year term and the second to fill the remaining two years of the term that was vacated in 2013, when then Justice Diane Hathaway was convicted of real estate fraud.

The job of Michigan Supreme Court Justice, which pays an annual salary of $165,000, requires that a candidate have been licensed to practice law in the state for at least five years and that they be younger than the mandatory retirement age of 70 years old.

This is no cushy civil servant job, as the Court will consider around 2,000 filings in a typical year.  Michigan’s highest court has been integrally involved in many of the hot button issues of our time.  Major rulings in that last 20 years include topics such as invalidating contracts and compensation for surrogate parenting, declining to hear an appeal of a lower court case allowing the open carry of guns into public libraries, striking down the requirement that at least one parent of a home schooled child be a certified teacher and, famously in the Jack Kevorkian case, confirming that physician assisted suicide is illegal in the State of Michigan.

One interesting decision, which has direct impact on Michigan attorneys and their clients, is the Court’s finding that it is legitimate for an attorney to keep their full retainer, even if the billable hours applied to the case do not consume its entire amount.  Basically, the Court has decided that – at least in Michigan – it is OK for a lawyer to charge for work they did not do.

As one might guess, the Court hears only weighty matters.  Given this fact, it probably bears looking at the election process and how it impacts the subsequent work of the Court.

Michigan judicial races are technically non-partisan.  The interesting irony is that candidates for the job of Supreme Court Justice can only reach the ballot through nomination by one of the five political parties with automatic ballot access in the State (Republican, Democratic, Green, Libertarian and Natural Law).  You read that correctly – in order to qualify for a non-partisan election, one must be nominated by a party.  While party affiliations are not reflected on the ballots, they are an underlying reality in the process of election and in the eventual operation of the Court, once seated.

It might come as a surprise, however, that no case in the last two sessions of the Court have been decided by a 5-2 vote along party lines.  In fact, nearly one half of all decisions resulted in a unanimous decision.  Based on this it might be argued that the Court, though rooted in party politics, manages to leave their affiliations behind when it comes to matters brought before them.  Upon further analysis, the answer to this might actually be “political – maybe, financial - maybe not.”

The 2014 race for the Michigan Supreme Court is shaping up to be the most expensive ever, with over $2 million raised and over $1 million already spent on TV ads.  This financial “arms race” is led by Democratic nominee Richard Bernstein (son of noted personal injury lawyer Sam Bernstein) who has already spent nearly $500,000 on television advertising during this election cycle.  This sum is matched by the spending of Republican nominees Brian Zahra and David Viviano, who are combining their television advertising budgets.  It is worth noting that the Bernstein family law firm has ceased to feature Richard in their television ads during the run up to the election.

The American Bar Association has long recommended that judicial races be publicly funded in an effort to limit the impact of fundraising on the outcome of the races by evening the playing field and giving all candidates similar ability to access voters through mass media.  As of now, there is no serious discussion of adopting this practice in Michigan.

Despite the ever-increasing media spend by judicial candidates, the election “watchdog” Justice at Stake completed an informal study, which indicated that Supreme Court races are particularly impacted by the whims of the low information voter.  Absent party affiliations, those marking a ballot for the role of Supreme Court Justice are most likely to make their decision in the voting booth, with their primary considerations being a) name recognition, b) incumbency and c) whoever is alphabetically first in the list of candidates.  The right to vote does not include a requirement that you research your choices first.

In December 2013 the Center for Public Integrity completed a study on financial disclosure requirements enforced upon the courts in each of the 50 states.  Michigan received an F in the study (no state received higher than a C).

The study concluded that there were 35 instances of “questionable gifts, investments overlapping with cases before the court or similar potential ethical quandaries.”  The study also noted 14 cases in which justices participated in rulings although they or their spouses held stock in the company involved in litigation.  This is an embarrassing conclusion, though Michigan is hardly alone in this practice – 42 of 50 states also received an F when it came to their Justices disclosing financial ties to litigants or of the judges recusing themselves when they have the potential for a financial benefit from the outcome of any particular case.  As they say - ethics, smethics.

You only have to read the newspapers to understand the importance of the Supreme Court to the future of Michigan.  Whether it is the “Right to Work,” the Detroit Bankruptcy, Gay Marriage or Medical Marijuana, the Court is deeply involved in the issues of our day.  To many voters, however, these races are an afterthought.  It is truly a shame that this is the case, as the role of Supreme Court Justice may have as much impact as any elected official in the State.

Ignore it if you wish, but in doing so, remember we get the government we deserve.  It is in our best interests to care about the courts.