The New GILDED AGE and What\'s Wrong at Delta College? 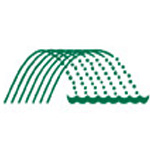 For those that are cynical or dubious about President Obama's trillion dollar stimulus package, the guest editorial by Delta College trustee Kim Higgs about the pay increase and compensation package for Delta President Jean Goodnow – whom has served in her Presidential capacity for only a few short years - serves as ample ammunition to reinforce the argument that government & education are a significant source of the problem for our economic woes as opposed to a solution.

While the stimulus package will only amount to a projected benefit to the middle income taxpayer of $8.00 per day, the majority of this multi-billion dollar package will be funneled and administered into government programs and the educational arena, which in the City of Saginaw has resulted in the past year with an inability to account for $1.4 million in overpaid property taxes by the City to the School Board, and unprecedented staff layoffs and school closures.

As Higgs notes, in the past 25 years college tuition and fees increased 439 percent while median family income rose 147%.  Moreover, Michigan has suffered a negative 11.4 percent decrease in average household income over the past nine years, yet the Delta College President has received an 11 percent increase, with compensation package that almost doubles that of the average salary of all State Governors in the United States and a base salary higher than that of U.S. Senators, Congressmen, Supreme Court Justices, and all the members of Obama's Cabinet.

Presently the Delta College President receives total compensation of $212,779 plus fringe benefits which can be broken down as follows:

Where is the outrage?

What happened to accountability?

Does it make sense to trust billions in stimulus money to educational enclaves divorced from reality that fail to display any iota of fiscal restraint?

Is there a difference between the actions of the Delta Board of Trustees and the high rollers at Merrill-Lynch and Citicorp?

It costs government about 15% to administer any program, so right off the top we have around $120 billion that would be better served as direct checks to small businesses that actually pay taxes into the system and create jobs, as opposed to giving it to State governments – the majority of which are unable to operate within the framework of a budget.

For more thoughts on this, consider the guest editorial received earlier this week from Review contributor Greg Schmid.