The Importance of Being Counted in The U.S. Census 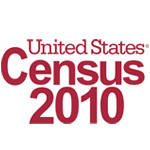 Organizers on the Saginaw City Complete Count Committee have a pair of numbers in focus as they prepare for the 2010 U.S. Census.

One key figure is 50,000, a population figure that the city must maintain to remain in line for maximum federal funds for programs such as block grants.

A dollar amount to consider is $13,000. That’s the amount of money that local government and schools will lose for each person who isn’t counted, $1,300 per year for 10 years.

“The main fact that people must know is that the census is strictly confidential,” says Denise Gipson-Tyiska, committee chairwoman and a grant writer for the Saginaw County Community Action Committee.

Some residents are difficult to convince, she says. They fear that filling out a census form will bring bill collectors their way, or possibly even law enforcement.

“It’s a federal crime for anybody to give out census information and violate confidentiality,” Gipson-Tyiska says. “I tell people, the best way to deal with the census is to send the form back in. Enumerators will visit all addresses where forms are not returned, so if you don’t want anybody coming to your house, then return the form.”

Anna Hidalgo, a complete count committee member, explains that the proof of confidentiality is in the pudding. Census forms do not ask for Social Security numbers or any other sort of information that could lead to identity theft.

Forms are going in the mail during the second half of March. Saginaw will receive a taste of census advance publicity when one of 13 “Portrait of America Road Tour” vehicles visits town on March 20. Stops are scheduled at First Ward Community Center from 10 a.m. to 12:30 p.m., and at Fashion Square Mall from 1 p.m. to 6 p.m.

Danielle Brown is a U.S. Census Bureau partnership specialist responsible for Saginaw and for Oakland County, along with her hometown of Flint. She says most households will receive a questionnaire with 10 questions that will require about 10 minutes to complete. A few households will receive a longer form, known as the American Communities Survey.

Questions include the number of people living in the household, ages, gender, and racial makeup. These questions are intended to provide demographic information not only for the government, but for potential business investors, schools, medical facilities and nonprofit groups.

“There is about $400 billion (in annual federal aid) that I like to say is in a pie,” Brown says. “You get your slice of the pie based on the number of people living in your area. What you do with the dollars from your slice — that comes back to your community for things like roads, schools, and even programs that are servicing the feeding of people.”

According to the U.S. Census Monitoring Board, some 6.4 million people nationwide in 2000 went uncounted, from within a population of about 300 million. The board reports undercount percentages were 0.67 percent for whites, 0.96 percent for Asian-Americans, 2.17 percent for African-Americans, 2.85 percent for Latinos and 4.74 percent for American Indians and Pacific Islanders. Therefore, organizers in a town such as Saginaw, with a high population among people of color, face extra challenges to ensure a full count.

On the other hand, some people in middle- and upper-income groups also are difficult to count. These are retirees who spent their winters in warm climates, in places such as Florida or Arizona, known as “snowbirds.” Sometimes the snowbirds will file their census papers from their winter homes, even though they still live for eight or nine months in Michigan. This results in a loss of federal funds for the state, and for local communities. Michigan had an estimated 200,000 snowbirds a decade ago, costing the state $1.6 billion over the course of 10 years.

Kim D. Hunter, census media specialist team leader in Detroit, points to a pair of major changes in society during the final half of the 20th century.

First, the 1960s were "a decade that saw social, political and cultural upheaval across the land," Hunter says. Groups such as ethnic minorities, women and people with disabilities called for equal representation. One key was to push for full counts in the census.

Second, Hunter points out that society became more fragmented starting in the 1980s. Cable television arrived, followed by the Internet and other new forms of communications.

"In response to the changing social and media landscape, the Census Bureau (in 1990) seriously ramped up its outreach effort," Hunter explains.

Outreach was even more intensive in 2000.

"We increased the percentage of households that mailed back the questionnaire, reversed decades of decline in public engagement and saved taxpayers millions," Hunter says. "Twitter, Facebook and countless other social media outlets have increased the challenge in reaching the American public. What has not changed is our commitment to get the most accurate count possible, and the benefits that come from completing and mailing the census questionnaire in March 2010."

How to Get More Federal Aid

Kenneth J. Darga, Michigan's state demographer, says citizens have a self-interest in filling out their census forms. State residents often complain that Michigan is one of the lowest-ranked states in return of federal dollars per capita, and the best way to combat the imbalance is to work for a complete census count.

"Census counts are important for several reasons, and the financial reasons are the most prominent in the current economic climate," Darga says. "When some of a community's residents are missed by the census, that community does not receive its fair share of state and federal spending.

"Census data is also used by planners, businesses, researchers, journalists and just about everyone else to understand what is happening in our communities. Knowledge is better than ignorance, and accurate knowledge is better than false knowledge. For example, an undercount in the census can lead to fewer businesses deciding to locate in an area. An undercount also reduces the accuracy of economic statistics, health statistics and other social indicators that are based on calculations involving census figures."

Furthermore, census counts determine each state's number of elected officials in the U.S. House of Representatives. Michigan lost a representative in Congress in 2000 and is in danger of losing another in 2010.

"Voting and being counted are two ways to make sure that you are represented, two cornerstones of being a good citizen," says Dennis C. Caver, a Detroit Regional Census Center partnership specialist. "There's no cost to being counted and it's good for the community."