Taking Stock - The Exercise of Privilege, The Cost of Free Speech 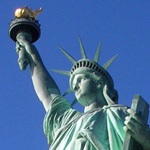 When this publication began 30 years ago, one of my key goals was to write about topics & stories that the mainstream media was afraid to cover, in the hopes of promoting better accountability.  Sadly, accountability seems to have become the deviation instead of the norm in today's society; and the overriding question appears to center around what can be done about it?

Ironically, one of the first stories I wrote in the first edition of The Review was about 'gasohol' and local farmers trying to develop a market for ethanol and other alternative fuels.  Thirty years later, it seems we're still waiting for that to happen – a phenomena that has less to do with the people developing it than it does with government & industry leaders spending so much time investing in dirty, antiquated, and unsafe approaches like coal & nuclear over the years.

The second big story I covered in The Review centered around the Midland Nuclear Power Plant back in 1979 and the battle between then attorney-general Frank Kelley and Consumers' officials that were illegally factoring building expenses into the bills of ratepayers. Consumers nearly went bankrupt over that ordeal and it cost the company about $500 million, which could have given a huge boost to the Gougeon windmill production facilities cutting an edge in Bay City back in the day; but as the old adage goes, that is all 'water over the dam'.

Conservatives and 'free market' proponents love to argue that accountability takes hold in the market place; but the fact that everybody – from big cities to small towns – seems to be taking it on the chin lately doesn't bode well for that argument, either.

With the federal government (i.e. you and I) now on the hook for what appears to be trillions of dollars in bailout money to U.S. financial institutions that have all but crippled the global economy, in today's bizarre world dollar amounts have become so abstract that no figure seems real anymore.

As is noted in the recent issue of Vanity Fair, when the 513 page draft report on the rebuilding effort in Iraq circulated in December, its description of a $117 billion failure barely registered in the public consciousness.  Back in the early part of this decade we had the WorldCom scandal, which was triggered by an $11 billion accounting fraud (something we at The Review noticed back then when we started not receiving checks from WorldCom for our now defunct Talking Personals). This of course was followed by Enron, which swallowed more than $60 billion of its investors money.

However shocking all of these events were at the time, their losses were mere warm-ups for the cumulative main-event of the 2008 Wall Street bailout, typified by the behavior of Bernard Madoff and his $50 billion Ponzi scheme, which wrecked charities and actually found Madoff trying to divert jewelry and cash to friends while out on bail, of all things (as if such scoundrels deserve to be released on bail in the first place, records of their obvious 'trustworthiness' already established.)

Again, where is the outrage, the atonement, the 'reparations' that we – as a nation – are entitled to from each of these perpetrators?  These are the questions I am asking myself as I stare at our collectively broken moral compass.

Apart from the recent $1.4 million that the City of Saginaw overpaid the Saginaw School District that nobody apparently seems able to track, in recapping stories I've investigated over the years one common theme surfaces when it comes to local government – a 'Dumbing Down', which has been going on for at least 30 years, but accelerated the most about 10 years ago.

Among the highlights in the City of Saginaw over the past two decades: 1) Giving a job which 25 years ago required an Engineering degree to a person who holds only a GED. 2) Elevating to the rank of Assistant City Manager a person with no college degree who stated with pride that his first job working for the city was cleaning toilets at the Wickes Park bathrooms. 3) Having a City Treasurer who, in a deposition for the lawsuit over Water billing practices filed against the City by the Landlords Association, insisted that she was 'not very good at math'. Hello!

Perhaps everybody is so beleaguered simply making ends meet that their sense of anger is displaced by frustration; their sense of accountability subverted by the maneuverings of the shameless – but as we are now seeing quite clearly, if the cards aren't properly stacked, eventually the house will come tumbling down.

I'm not saying I have all the answers, but I do know that progress in any society comes only with courage. There is a price to be paid for speaking the truth and when you are a journalist and a publisher that usually comes in the form of becoming ostracized, especially if you are doing your job correctly.

This is why you have never seen any advertisements from Dow Chemical, any publication bids won from the City of Saginaw, or any blitzes by Consumers Energy appear in these pages. It is also why I am eternally indebted to the local and regional support from all the progressively minded businesses, organizations, and individuals that have sustained us over the years. When all is said & done, without economic support, the very notion of freedom in the press evaporates, which is why journalism and business is such a delicate balancing act.

In conclusion, I'd like to reprint something from Mark Twain that sums the architecture of Free Speech better than anything I've yet to read:

'The living man is not really without this privilege – strictly speaking – but as he possesses it merely as a formality, and knows better than to make use of it, it cannot be regarded as an actual possession. As an active privilege, free speech ranks with the privilege of committing murder: we may exercise it if we are willing to take the consequences. Murder is forbidden both in form and in fact; free speech is granted in form but forbidden in fact. By the common estimate both are crimes, and are held in deep odium by all civilized peoples. Murder is sometimes punished, free speech always – when committed. Which is seldom, because the cost of utterance is too heavy: it can lose a man his friends, it can subject him to public insult and abuse, and it can ostracize his unoffending family. Sometimes we suppress an opinion for reasons that are a credit to us; but usually we suppress an unpopular opinion because we cannot afford the bitter cost of putting it forth.

'A natural result of these conditions is that we consciously or unconsciously pay more attention to tuning our opinions to our neighbor's pitch and preserving his approval than we do to examining the opinions to see if they are right and sound. This customarily produces another result: public opinion being born and reared on this plan, it is not opinion at all, it is merely policy.'

As I enter my 30th year of publishing The Review, I pledge to strive harder to further the uncompromising standards of truth, accuracy, fairness, and illumination that forged the foundation upon which our legacy is built upon.

I ask each of you to join me on this voyage – not as a spectator; but as a spirit – an agent, if you will, for furthering qualities we all wish to attain, bask, and revel within our community.

It's not an easy ride; but it's far more stable than the shameful excesses of the few that have riddled our national fabric with potholes.

With the inauguration of a new President looming, it's time we all got busy rebuilding and reshaping our country upon the values that give it strength and sharpen its endurance.