The Beets will have to try and clinch on the road in the deciding game 3 in this best of three series in Windsor, ON tomorrow... 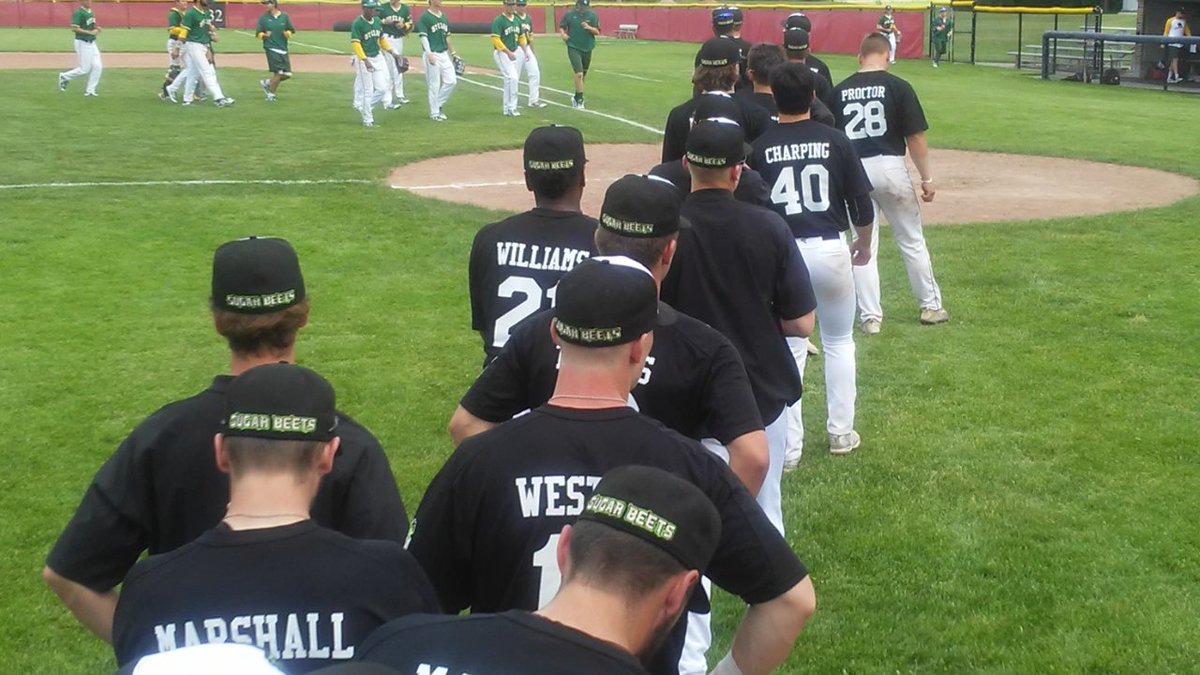 Merrill, MI:
The Saginaw Sugar Beets (2-1-0) will now have to try and take the 2018 Great Lakes Summer Collegiate League Northern Division Championship (best of three) Series on the road after the St. Clair Green Giants (1-1-0) evened the series at 1-game apiece with a come-from-behind 4-2 win on a 3-run homer in the ninth at Merrill High School this afternoon.
Clinging to a 2-1 lead with 1-out in the top of the ninth, the Sugar Beets were just 2-outs away from clinching when Green Giants pitcher Miguel Cienfuegos (Northwest Florida State College) and RF Matthew Ornelia (Palomar College) reached on respective back to back walks, before St. Clair LF Rodrigo Duluc (Rice University) blasted a 3-run home run, his seventh of the year, to give St. Clair a 4-2 lead in the top half of the ninth inning.
Sugar Beets catcher Connor Charping (Western Michigan University) led off the bottom of the ninth with a double, but that's as far as Saginaw would get, as Cienfuegos went the distance for the win, giving up just 1-earned run on 5-hits and 2-walks, while striking out 7-batters in a complete game victory for St. Clair.
The Green Giants had jumped out to an early lead in the first when third baseman Gibson Krzeminski (Iowa Western CC) drove in St. Clair CF Carter Mossey (Otero Junior College) on a sac fly RBI for a 1-0 lead in the top of the first inning.
The Sugar Beets answered in the sixth when third baseman Ryan Robinette (Lawrence Tech) reached on a walk then was driven in by Charping with an RBI-double to tie the game at 1-run apiece in the bottom of the sixth inning, before Saginaw pulled ahead in the eighth when LF Ryan Missal (Western Michigan University) scored on a sac fly RBI off the bat of Saginaw shortstop Cooper Marshall (Western Michigan University) for a 2-1 Sugar Beets lead in the bottom of the eighth inning.
Saginaw will now look to clinch on the road in the deciding game-3 at 7:05 pm at Lacasse Field in Tecumseh, ON tomorrow night.