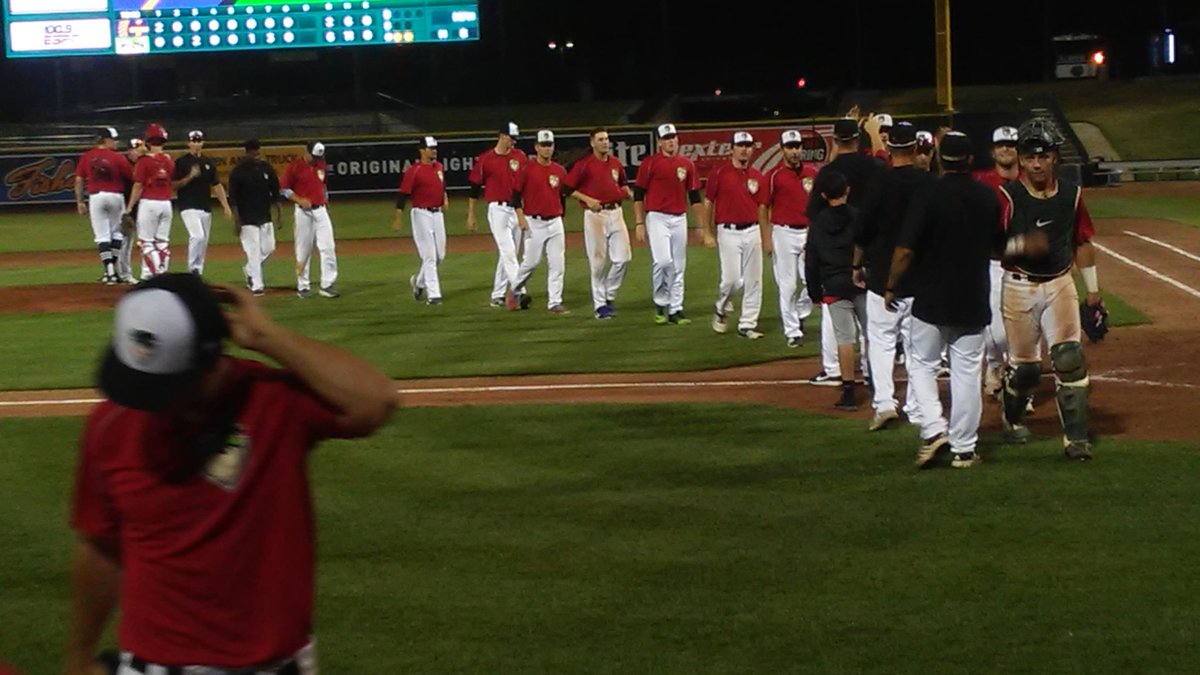 University Center, MI:
The Saginaw Sugar Beets (13-10-0) remain 1-game back of the Lima (OH.) Locos for first place in the Great Lakes Collegiate Summer League standings after a convincing 9-1 victory over the Grand Lake (OH.) Mariners (who are just a half game back of Lima) at Saginaw Valley State University on Monday evening.
Grand Lake jumped out to an early lead when Creighton University first baseman Evan Spry (walk) was driven in on an RBI-single off the bat of Mariners third baseman Jake McCaw (Illinois State University) for a 1-0 lead in the top of the first inning.
The Sugar Beets responded with a 3-run second when Z-Michael Westley (SVSU) reached on a 2-out triple, then was driven in by Ryan Robinette (Lawrence Tech) with an RBI-single, before Adam Proctor (Michigan State University) crushed a 2-run home run for a 3-1 Saginaw lead in the bottom of the second inning.
Saginaw added to its lead in the fourth when Connor Charping (Western Michigan University), Westley, Robinette, Proctor, and Brady Wood (Adrian College) each singled to increase the lead to 6-1 in the bottom of the fourth inning.
The Beets added three more in the seventh when Gaosh Williams (Central Michigan University) tripled, then was driven in by Noah Marcoux (Davenport University), before Westley and Robinette followed with back to back doubles for a 9-1 Sugar Beets lead in the bottom of the seventh inning.
Saginaw starter Matt Blunk (Lawrence Tech) 3-1, 5.54 ERA) picked up his third win of the summer after giving up the 1-run on 3-hits and 3-walks, while striking out 4-batters through 5-innings.
Robinette finished 3 for 4 with 3-RBI's and 3-runs scored and Westley was 3 for 4 with 1-RBI and 3-runs scored to lead the Saginaw offense, while Proctor was 2 for 4 with 3-RBI's including his HR, followed by Marcoux, who was 2 for 4 with an RBI and 1-run scored, and Williams, who was 2 for 4 with 1-run scored.
The Sugar Beets will now get a much needed 3-day break, before heading out for a 7:05 pm road game against the Muskegon Clippers at Marsh Field in Muskegon, MI on Friday night.