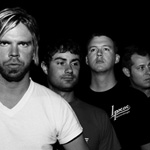 In a calling not prone to fidelity, Studiotone has seen its share of changes. Musicians are known to come and go in various dispositions throughout their careers, and this band hasn't exempted itself. As any group that has been around for a while, it's got a respectable list of alumni. What is rare in any band is the ability to, despite the changes, retain a signature sound while developing and progressing its approach. By all accounts, Studiotone has pulled it off.

For nearly a decade, Studiotone has managed to get itself heard: no small feat in today's ultra competitive, multi-platform media explosion. Finding its way to airtime on Midwestern radio stations, and featured on some respectable radio compilation albums, the band has also canned a local motion picture soundtrack, and embattled its way to the top three contenders in Detroit's biggest battle of the bands competition.

Studiotone, a featured artist on Not Lame Records, has also made time to appear throughout the Great Lakes states with some pretty impressive national acts: Including Bowling for Soup, Sugarcult, 7 Mary 3, Blessed Union of Souls, The Electric Six, Sponge, and Local H.

They claim the depth of lyrical content ala U2, combined with the irreverence and playfulness of The Foo Fighters. Judging from their ever growing fan-base, it would seem that they make the assessment without argument.

Aware that times have become tough for original acts, that bands can barely get heard in their own markets, much less nationally, Studiotone continues to ratchet support from its fans by sheer force of energy and vision-based conviction. Every band needs to perform: but for Studiotone, the quality of music brought to the table has to hold a steady barometer between studio and stage.

It's not an easy balance.

Taking time for a conversation with Review Magazine, lead singer and founding member Brent Nuffer explains what drives Studiotone, and how its sense of self has evolved over the years.

Review: What is the latest on Studiotone?

Nuffer: We are currently working on our 3rd album/EP...We have two songs nearly completed (A Place For Us and Pull All the Wires), and are currently writing more material. We are recording with our old guitar player Jeff Graham and we are excited to perform some of the new material at the show at the Hamilton St. Pub on May 4th. It has been a while
since we've been, so we hope to see a lot of familiar faces.

Review:  How would you distinguish the sound and evolution of the band from your previous recorded outings?

Nuffer: Well, we have all new members, aside from Bryan (Mauro) and I, so naturally we are going to approach things for a different angle. Each new member on this recording is going to bring their own special thing to the table...So that is always exciting and fresh.

Review:  What do you feel is different about this latest batch of songs?

Nuffer: We always attempt to grow and try new things, new sounds with each album/EP. I think 2000's Digital Radio, had a bit more of a pop angle to it, Where You Left Off had a bit more depth to it; more diversity. I see this one as being more of a mixture of the two, yet still a departure from the others...Some really melodic stuff like what we have done in the past, and some a bit edgier, maybe heavier, less produced. It is important to us to try new things and grow as songwriters.

Review:  How well does the material translate live?

Nuffer: The new material seems to be translating really well live. I think we've always written from the perspective of how a song will translate. That is where the true test is, during a live show. Always interesting to see people singing the chorus by the second time around, when we know they have never heard the song before!!!  Ha-Ha...Great to see that!

Review:  How long did the project take to complete?

Nuffer: We are in the recording process right now. As mentioned, two songs (A Place For Us, and Pull All the Wires) have been nearly finished. We're currently writing more material. We will get a batch of more tunes and head back in. The expected release date is fall 2007.

Review:  After committing yourself to Studiotone for nearly ten years, what have you learned in terms of secrets and suggestions for keeping a band together?

Nuffer: Ha!!!  Not quite 10 years, more like 7, but thanks!!!  I am really proud of the time we have spent together, and what we've been able to see and do. We certainly have our battles and struggles, no denying that. But at the end of the day, we are a band of brothers, and we love what we do. We love the songs we write, and we love performing them for people. I think it is really important to listen to each other, communicate, and respect each others contributions; and yield when you have to. Just like any long term relationship, you really get to know each other. Oh and good songs help!

Motown Night with The Soul Xpress Band on the Princess Wenonah