the Spirit can jump to the No. 6 seed with 2 wins and a Gelph loss to Erie tomorrow.... 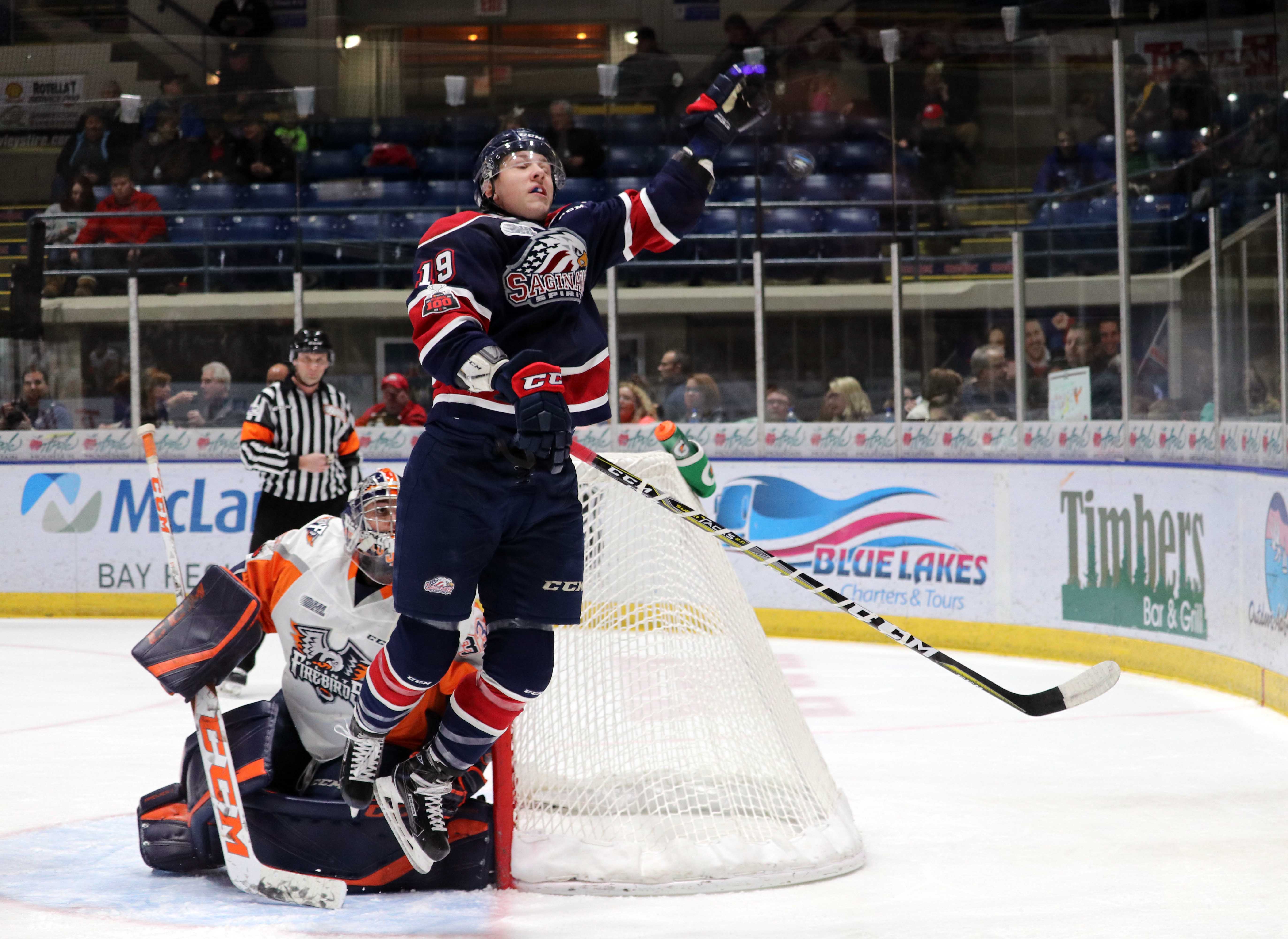 The Saginaw Spirit (29-29-8-0) will be looking for help from rivals the Flint Firebirds, along with the Erie Otters in order to avoid a first round matchup with the Soo Greyhounds (54-7-3-3) in the 2018 Ontario Hockey League's western conference playoffs.
With just two games left in the OHL regular season, the Spirit have 1 of 3 playoff possibilities: finishing as the No. 6 seed (where they would play the No. 3 Sarnia Sting in the first round); the No. 7 seed (where they'd open against No. 2 Kitchener Rangers); or as the No. 8 seed (where they'd open against the Soo) depending on what happens over the next two days.
The Greyhounds, currently the top ranked team in the 60-team Canadian Hockey League, are the No. 1 seed in the western conference playoffs, however, the Soo dropped a 4-3 OT decision to the Firebirds (who didn't qualify for the playoffs) in a game which really had no meaning for either team earlier tonight.
Saginaw (currently No. 8 in the western conference with 66-points) will need Flint to beat the Windsor Spitfires (who are tied with the Spirit with 66-points, but have the No. 7 seed in the western conference after the tie-breaker) at the Dort Federal Event Center tomorrow night, while the Spirit need a home win over the London Knights tomorrow, along with a road victory over the Spitfires at the WFCU Centre in Windsor, ON Sunday afternoon.
The Guelph Storm (No. 6 seed in the western conference with 69-points following a 6-3 win over Kitchener earlier tonight) have just one regular season game remaining, against Erie Otters (who did not qualify for the playoffs) at the Erie Insurance Arena in Erie, PA tomorrow night.
For Saginaw to get its most ideal first round playoff opponent (No. 3 seed Sarnia Sting) the Spirit would need to win its final two games (London at home tomorrow, and Windsor on the road Sunday) then, they would only need the Otters to beat Guelph tomorrow night.
Saginaw had 3-wins and 3-losses against Sarnia this year, including an unforgettable 7-6 OT win, where the Spirit erased a 6-0 deficit late in the second period with 6-unanswered goals earlier this year.
The puck drops at 7:05 pm for the final Spirit home game against the London Knights (No. 4 seed in the western conference) at the Dow Event Center tomorrow night.