Spirit get back on track with road win against Sarnia Friday night, set to face a tough Barrie team tonight at the Dow:

Three former Spirit players and Claude Lemieux's son will be in town to take on the Spirit tonight.... 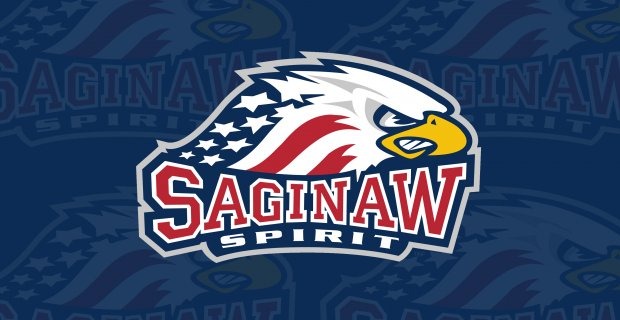 After winning 9-out of-10 crucial games to close out the month of January, the Saginaw Spirit failed to capitalize on two great opportunities to continue their winning ways; losing both home games at the Dow Event Center in Downtown Saginaw last weekend, but the Spirit got back on track with a 6-2 road win against a tough Sarnia Sting team last night Friday Feb, 8 at the RBC Centre in Sarnia, Ontario.
Saginaw has a record of 25-21-3-3 for 56 points; which puts them in eighth place in the OHL’s western conference standings (five points ahead of ninth place Windsor). If the season were to end today, the Spirit would squeak into the final western conference playoff spot as the eighth seed.
The Spirit lost to the Peterborough Pete’s 4-2 in front of 5,107 fans at the Dow Event Center last Friday night, Feb, 1 -which was the largest crowd at the Dow Event Center this season. The Pete’s have the third worst record in the entire OHL with only 41 points, and are in ninth place in the OHL’s eastern conference. The Spirit then dropped a very crucial 5-4 shootout loss to the Sault Ste. Marie Greyhounds the following night in front 5,527 fans Saturday at the Dow, which surpassed Friday night’s record attendance. The Greyhounds were only ahead of the Spirit by 3 points in the western conference standings coming into Saturday evenings contest.
Last night, the Spirit got back on track with a big road win against the Sarnia Sting. Spirit forward, Jimmy Lodge gave his team an early lead when he banged home his nineteenth goal of the season at 6:42 of the opening period. Lodge then scored his twentieth of the season early in the second period, breaking a 1-1 tie after Sarnia forward, Charles Sarault was whistled for boarding at 1:20 of the first period. Lodge scored the power play goal at 2:02 of the second period, giving the Spirit a 2-1 lead. Spirit forward, Nick Moutrey scored the eventual game-winner at 10:33 of the second period off of a beautiful pass from Spirit rookie, Zach Bratina. Garret Ross, Steven Strong, and Bratina all added single tallies to round out the Spirit scoring in the 6-2 victory.
Lodge finished the night with two goals; while Moutrey, Strong, and Bratina all contributed with a goal and an assist respectively. Eric Locke pitched in with three assists for the Spirit, and Justin Kea had two assists. Spirit goalie, Jake Paterson stopped 25-of the-27 shots he faced between the pipes for Saginaw.
Tonight, the Spirit will host the OHL’s top team in the eastern conference, The Barrie Colts. Barrie is second only to the London Knights in total points in the OHL. The Colts boast a bevy of former Spirit players on their roster; including Alex Lepkowski, Anthony Camara, and former Spirit captain, Ryan O’Connor. The Colts also have another familiar name on their roster, Brendan Lemieux. Lemieux is the son of former NHL player, Claude Lemieux; who was possibly the most hated NHL player by Detroit Red Wing fans throughout the late 1990’s. The puck drops at 7:11 p.m. at the Dow Event Center tonight.

Poetry in the Garden at the Saginaw Art Museum