Ryan Stepien, D.J. Busdeker, and Mason Kohn all scored for the Spirit, who move into a fourth place tie in the OHL's western conference standings with the win.... 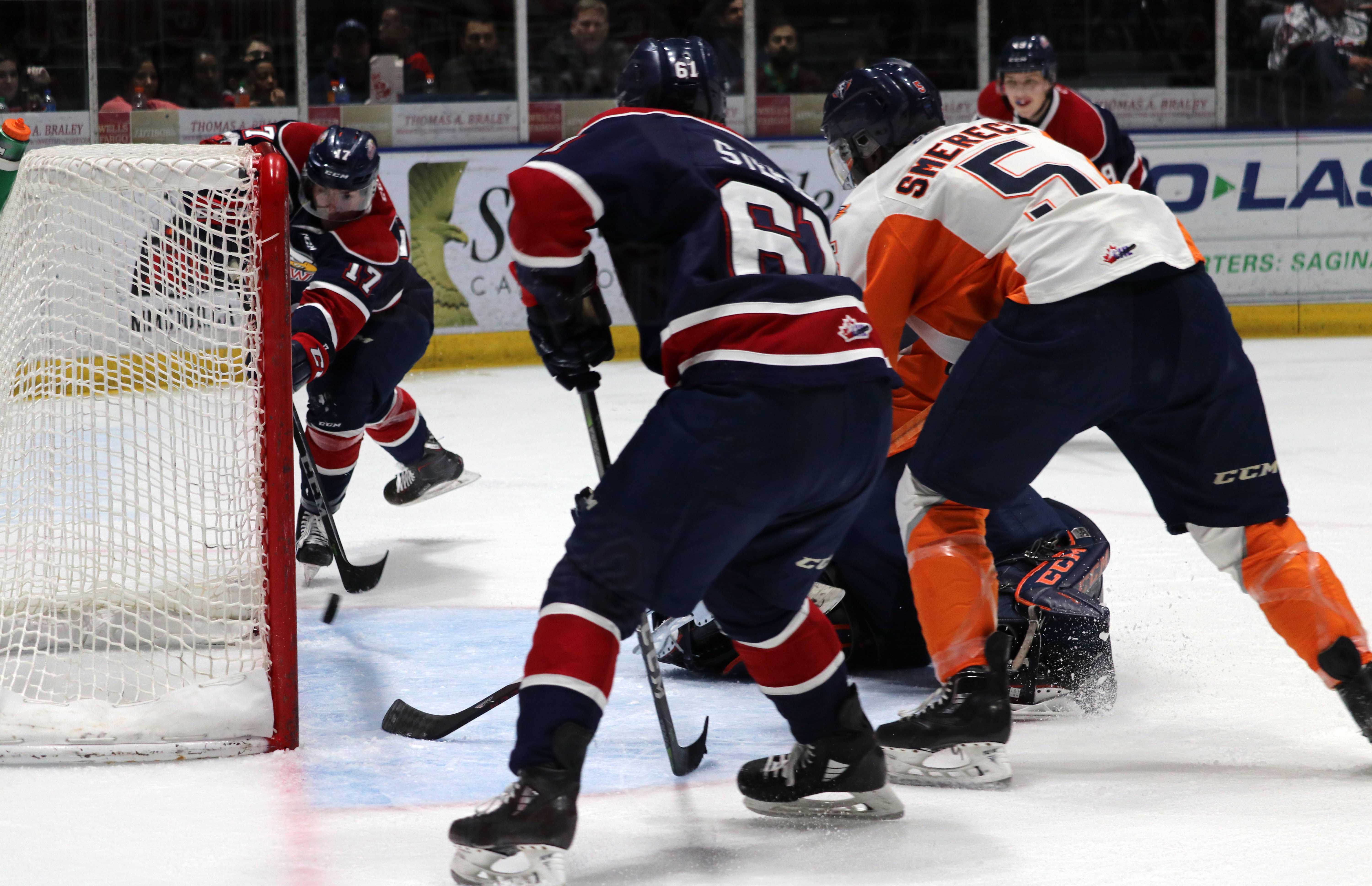 The Saginaw Spirit (25-19-6-0) got some retribution from Wednesday night's overtime loss, with a 3-2 victory over the Flint Firebirds (16-30-3-1) in front of a packed house of 5,475 at the Dow Event Center tonight.
The Spirit had jumped out to an early lead when Saginaw rookie Ryan Stepien (8) cleaned up a rebound for his eighth goal of the season with assists coming from fellow rookies Camaryn Baber (who re-joined the Spirit for last night's 3-2 OT loss to the Soo) and Nicholas Porco for a 1-0 Spirit lead at 9:15 of the first period.
Flint took advantage of a Saginaw hooking penalty late in the opening period when Firebirds forward Ty Dellandrea (22) tied the game at 1-goal apiece with a power play goal at 17:08 of the first period.
Spirit forward D.J. Busdeker (7) would give the Spirit the lead right back just 30-seconds later with his seventh goal of the season for a 2-1 Saginaw lead with assists coming from Marcus Crawford and Damien Giroux at 17:38 of the first period.
Saginaw took advantage of a Flint penalty midway through the middle frame when Mason Kohn (15) scored a power play goal with assists from Crawford and Stepien to give the Spirit a 3-1 lead at 11:51 of the second period.
Flint followed with its second power play goal of the night when Maurizio Colella (18) scored a power play goal to cut into the Spirit lead (3-2) at 17:22 of the second period.
Saginaw goal tender Evan Cormier stopped 29 of the 31 shots he faced in net for the Spirit tonight, while his counterpart Garrett Forrest turned away 30 of the 33 shots he saw in between the pipes for the Firebirds.
With tonight's victory, along with Sarnia's 5-1 win over the London Knights, the Spirit (56-points) move into a tie for fourth place with the Knights (56-points) in the OHL's western conference standings.
The Spirit will head to Guelp next Friday for a 7:30 pm game against the Guelph Storm at the Sleeman Centre in Guelph, ON next week, before returning the following night to host the Windsor Spitfires at 7:05 pm at the Dow Event Center on Saturday evening.
Andrew Romanowski shoots for the jackpot at the Saginaw Spirit vs Flint Firebirds game: