Flints Ty Dellandrea scored to force OT in the final minute of regulation before Fedor Gordeev scored on a breakaway to win the game just 49 seconds into overtime..... 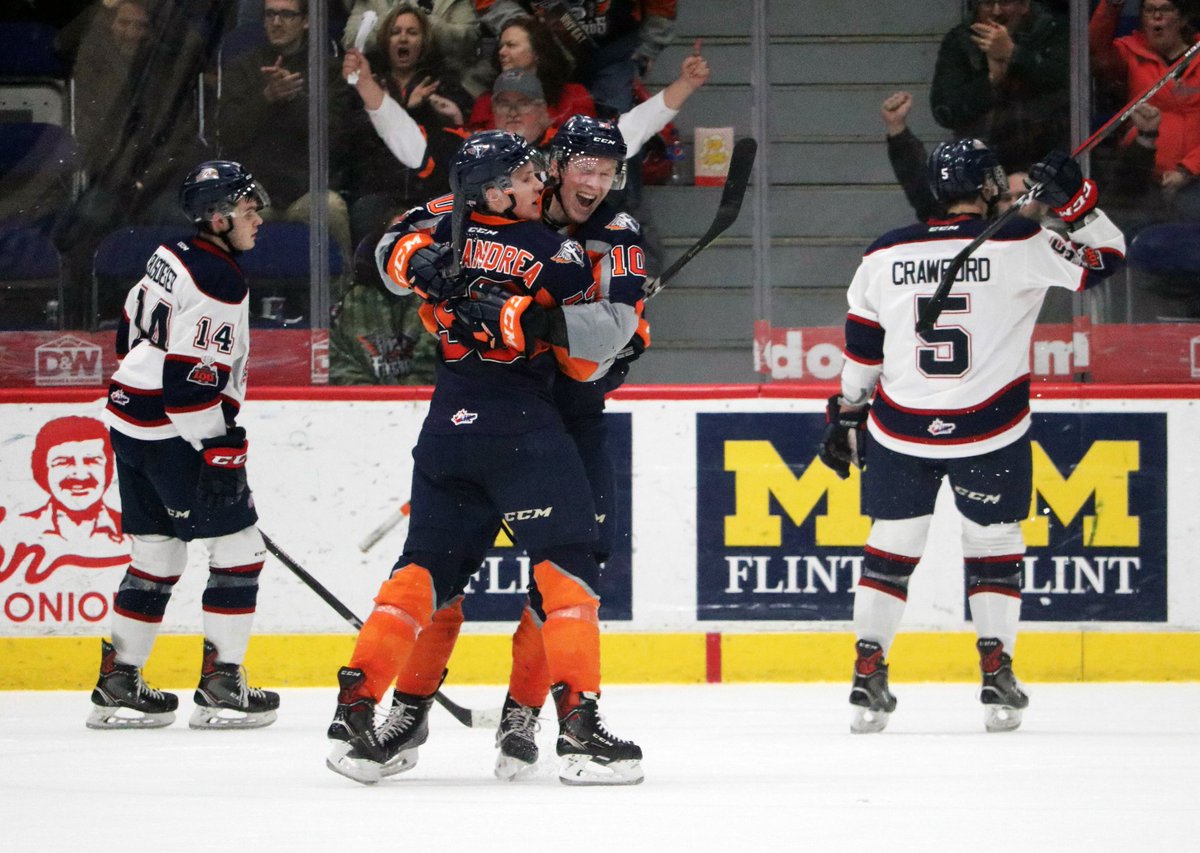 Flint, MI:
The Saginaw Spirit (24-19-5-0) gave up a 2-1 lead in the final minute of regulation, before eventually dropping a heart-wrenching 3-2 OT loss to the Flint Firebirds (15-29-3-1) at the Dort Federal Event Center tonight.
After Flint forced overtime in the final minute of regulation, Toronto Maple Leafs prospect Fedor Gordeev (5) intercepted a pass near the Saginaw blue line in the first minute of OT, before racing end to end, untouched, to beat Spirit goal tender Evan Cormier with a deke move, giving the Firebirds its first victory over Saginaw (3-2 in OT) this year.
Flint forward Ty Dellandrea (20) forced overtime with his second goal of the night with just under a minute left in regulation to tie the game at 2-goals apiece at 19:05 of the third period.
Dellandrea (19) had opened the scoring early in the first period to give the Firebirds a 1-0 lead with his nineteenth goal of the season at 4:57 of the opening period.
Saginaw would take advantage of a 2-minute interference penalty to Flint RW Jake Durham four-and-a-half minutes into the second period, when Cole Coskey (24) buried a rebound to score a power play goal with assists from Hayden Davis and Keaton Middleton to tie the game at 1-goal apiece at 6:19 of the second period.
The Spirit managed to pull ahead midway through the second frame when Damien Giroux (15) scored his fifteenth of the season from Duncan Penman and Blade Jenkins to give the Spirit a 2-1 lead at 11:11 of the second period.
Cormier turned away 36 of the 39 Flint shots he faced in net for the Spirit, while Flint goal tender Garrett Forrest stopped 36 of the 38 shots he saw in between the pipes for the Firebirds.
Saginaw will head up to the Soo to take on the Sault Ste. Marie Greyhounds at 7:07 pm at the Essar Centre in Sault Ste. Marie, ON this Friday night, before a chance at revenge when the  Firebirds come to Saginaw on Sunday for a 5:30 pm face off Sunday afternoon.