Sal Valentino The Voice of the Beau Brummels

\"Let's See If the Legend Can Tune His Guitar\" 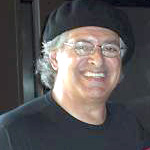 There are three things in life that get better with age - wine, women and violinsŠand, oh yesŠSal Valentino. It may be splitting hairs to say Saginaw wasn't ready for his gift of music. After all, such a gift comes with an unspoken obligation - like an invitation to recital or a premiere "Thanks - but do I have to go? I'll just send along a card with my heartfelt regrets."

For many, Sal Valentino is an unknown or, at best, an unclear memory like lipstick on glass, murky yet clearŠ "Hmm, oh yesŠthe Beau Brummels, they did Laugh Laugh, Cry Just a Little Šoh yeah, I heard 'em on WHNN - didn't that Valentino guy die"?

For me it was a different story, I was hooked from the start, knocked out by the jangle of Ron Elliot's 12-string and Sal Valentino's golden pipes. And the songs reeked with such perfect existential angst and absolute romantic sorrow that one solitary listen would set me free and unchain my broken heart.

The Brummels created the most enduring minor chord bummer music of 1965 as they released 4 incredible songs, one right after the other, that breathed life into themes of longing and loss - Laugh Laugh, Cry Just a Little, You Tell Me Why and Strangers. But the odd thing about it all is that the music unleashed a lurking positivity that transformed pain and resentment into acceptance and then serenity.

In 1972, I rummaged through a cutout bin in Ypsilanti and found the Beau Brummels' Holy Grail - Bradley's Barn - an undiscovered masterpiece that stands proudly beside the Zombies' Odessey & Oracle, The Bee Gees' Odessa and the Move's Shazam as one of the greatest unknown or relatively obscure pieces of music released in the mid-to-late late sixties.

I played it over and over again until I wore out the grooves. I had never heard music like this before - an extraordinary fusion of acoustic folk, country and blues. It was a PERFECT album filled with themes of loneliness, seeking and transcendence (as a social task) and a deep interest in moral choices.

I learned each golden song by heart and though I sometimes traded hope for despair, the music saved my life and sustained me back when I was swimming underwater. Sal Valentino spoke to me and his voice was soothing.
I approached the Sal Valentino show with a tremor of doubtŠ. what if he can't do it anymoreŠ several years spent out of the loop could take its toll. When I first met him, I noticed straight off that Sal had a presenceŠ a sense of awareness of his own experience. He appeared to be open to everything without judgment. And when he sang, he exuded an emotional freedom to appreciate all, to be vulnerable and to loveŠ.

The show opened with Barbarossa led by keyboardist/singer Loren Kranz and anchored by the incredible guitar work of Bob Hausler. They did some cool originals such as Selective Service Blues, Hudson and Fools Lullabye as well as rockin' covers of the Weight and Gimme Some Lovin'. They finished the set with an astonishing on-the-mark version of Will the Circle Be Unbroken. These cats got something goin' on - because they CARE!

Barbarossa proved their mettle by digging in, pulling up their sleeves, and rehearsing tirelessly to learn twenty Valentino songs and backing him on his only Michigan appearance - an unlikely combination of youth and experience that somehow worked. As Sal saidŠ"a very brave effort"!

Sal opened his portion of the show with a brief solo acoustic set of well written folk/blues with a messageŠLISTEN.
He opened with a slow bluesy arrangement of Turn Around the opening track on Bradley's Barn. Sal's voice is clear and soulful and I believe him when he sings, "Turn around before the night is over, there's no need to be alone."

He followed with Angel From Montgomery, an astonishing John Prine song that evokes a dark night and an insurmountable conflict between the universal and the finite
"I am an old woman named after my mother
Just give me one thing I can hold onto
To believe in this living is just a hard way to go"

He completed the set with Dylan's Worried Man Blues and Reba McIntyre's surprisingly good "One Promise Too Late". It was like McCartney in '75 powerful and telling. Sal is a troubadour, a master tunesmith with a minstrel's soul. He doesn't need much more than his acoustic and his voice.

But the real test came up moments later when his band filled the stage and the opening strains of Laugh Laugh drifted up to the sky. Sal was in fine form and good humor as he told stories about Autumn Records, growing up in San Francisco with his Beau Brummels partner Ron Elliot. Sal sang all the early hits one right after another - Cry Just a Little, Still in Love with You Baby, and Strangers.

The very first Brummels' masterpiece You Tell Me Why was not their biggest seller but it was their best conceived song from hook to verse and its emotional bridge.

Sal sang it with incredible lucidity and feeling:
You Tell me that I should not cry
You tell me all good things must die
You tell me she was not for me
That's just the way love has to be
Tell Me Why

Bridge
Why I cannot see her
She won't let me see her
Why, why, tell me why

Ah yes, this was rock and roll history - but the best was yet to come. The 1967 experimental Lp Triangle was represented admirably by the folk/rock perfection of Are You Happy and the jazzed up Van Morrison vibe of Magic Hollow.

The self-penned An Added Attraction (Come and See Me) from Bradley's Barn had an oldtimey country/folk arrangement with a phenomenal vocal by Sal.

I thought I was in heaven and when he dusted off Love Can Fall a Long Way Down, I knew it. But it got better yet as Sal showcased his versatility with the country jazz of Tennessee Walker, the sentimental Love Song, the traditional folk of Highway Man, and the upbeat country shuffle of Down in the Valley.

Sal blew us away completely with Everything is Broken, a spiritual of biblical proportions that gives clear warning about the state of our world. But he took us all the way down with Isis, a song about marriage, another one of Dylan's unfamiliar 7 wonders of the world, the Stonehenge of rock and roll - a Dylan masterpiece of obscure wordplay that evokes tangled up emotions and stark images.

It was quite a night. Sal's music brought me to a good place where I could accept all the joy of the evening and remember it in the moment.

As the existentialist Albert Camus once said:

A Man's life is nothing but an extended trek through the detours of art to recapture those one or two moments when his heart first opened.

Oh, by the way, when the show opened and I introduced Sal, I went on and on gushing and chuffing like a preacher, saying Sal's a legend and all that and when Sal walked up onto the stage and grabbed the microphone he intonedŠ
"Let's see if the legend can tune his guitar."

I just had to smile