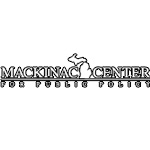 For the past year, Michigan municipalities, public universities and public hospitals have been spending tax dollars on a coordinated public relations campaign for higher state taxes, writes Diane S. Katz, Director of Science, Environment & Technology at The Mackinac Center for Public Policy.

"That these groups are using tax dollars to lobby for higher taxes is an insult to Michigan taxpayers and contrary to the best interests of the state," she notes.

"The groups' message is that in the midst of Michigan's economic slowdown, workers, families and businesses should sacrifice in order to make budget decisions easier for government officials."

The campaign for higher taxes, ironically dubbed the "Michigan Fiscal Responsibility Project," is being run by a Lansing public relations firm hired by the Michigan Municipal League, the Presidents Council, State Universities of Michigan and the Michigan Health & Hospital Association. A spokesman for the group would not divulge the cost of the open-ended effort, but said it was launched a year ago.

The Michigan Municipal League is funded by dues from 515 of Michigan's 533 cities and villages whose primary source of income is tax dollars, of course. The President's Council is funded by dues from Michigan's 15 public universities - all of which rely on tax dollars to operate. The hospital association represents a variety of medical care organizations, both public and private, which receive considerable public funding.

True, it is routine for groups like the League, Presidents Council and hospital association to lobby legislators for specific appropriations related to their budgets. In this instance, however, they are pressing lawmakers for higher taxes, which constitutes political activism of a much greater magnitude.

In dispatches to the media and in Web site postings, the groups advocate new "investment" in government and bemoan the fact that the average Michigan family pays only 7.9 percent to of its income to the state.

"If we were spending 9.49 percent of state personal income (the Headlee limit) on state spending ï¿½ we would have $4.6 billion annually more in state spending," the group advises in a recent e-mail to reporters.

Contrary to the most basic economic principles, the high-tax enthusiasts actually claim that Michigan has lost jobs and business investment because taxes have been too low. "More cuts will only mean we'll fall farther behind states that are investing in the essential services that all citizens - and all prosperous communities - need," claimed Arnold Weinfeld, director of public policy and federal affairs for the Michigan Municipal League.

It's also worth noting that the League is fresh from lobbying against ending the local cable television monopolies that have enriched municipal budgets for decades at the expense of consumers.

It's no mystery why municipalities, universities and hospitals want to maintain high taxes. Absent ever-greater tax revenue, they would be forced to rein in spending. That's the deceit of tax-and-spenders. Instead, they are misleading taxpayers by claiming that lower taxes will decimate police and fire departments and undermine public safety. What they fail to acknowledge is that state government wastes enormous sums of money on all sorts of projects and schemes that are wholly unrelated to its core functions. Simply put, Michigan has a budget shortfall because Lansing spends too much, not because it collects too little.

That these advocates for higher taxes are using tax dollars to indulge their spending is an insult to Michigan taxpayers and contrary to the best interests of the state.