On the death of the climate bill

Posted In: Politics, National, Opinion,   From Issue 708   By: David Roberts 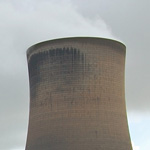 With all dead there’s usually only one thing you can do. ’What’s that?’ Go through its clothes and look for loose change. Senate Majority Leader Harry Reid has officially announced that there will be no climate bill this year. What's happened is total and complete surrender. There's no silver lining in this cloud.

Not only will the bill not contain any restrictions on greenhouse gases -- not even a watered-down utility-only cap -- it won't even contain the two other key policies that would have moved clean energy forward: the Renewable Electricity Standard (RES) and the energy efficiency standards.

Basically, Reid canvassed his caucus and figured out what they could pay for (without a carbon price for funding) and what already had 60 votes. This is it:

Home Star is good, but as an energy bill? This is pathetic. It's little better than what the Republican Congress produced under George Bush.

Blame where it is due: I'm frustrated with Obama's passivity on this issue. I'm frustrated with Reid. I'm frustrated with the environmental movement. But we should be clear about where the bulk of the responsibility for this farce ultimately lies: the Republican Party and a handful of "centrist" Democrats in the Senate. They are the ones who refused to vote for a bill, no matter how many compromises were made, no matter how clear the urgency of the problem.. So when the anger and recrimination get going -- as they already are -- let's at least try to keep the focus on the real malefactors.

The cap is dead this year, but the RES & efficiency don't have to be: I've heard that some environmental groups are loath to push for an RES this year, because they think it's a kind of sweetener that will help the cap go down next year. That is dangerously short-sighted and wrong-headed. We know that the RES and efficiency have bipartisan support, and with a little bit of pressure, they could be strengthened. Green groups (and progressive senators) should rally around these two policies, and only these two policies, for the next few weeks.

Big Coal will be back begging for cap-and-trade: No, really. Right now there are EPA rules in the pipeline that are going to shut down a third or more of the existing coal fleet. No new coal plants are going to get built -- they're not cost-competitive with natural gas or wind, and every one runs into a buzzsaw of grassroots opposition. In other words, carbon caps or no carbon caps, Big Coal is in trouble. Sooner or later, the industry will realize that the funding it can get from cap-and-trade, to support carbon capture and sequestration, is its only path to survival. Robert Byrd tried to tell the industry the truth before he died. Byron Dorgan tried to tell it the truth just the other day. By 2012, certainly by 2015 when many of the rules kick in, the industry will be forced to acknowledge this basic truth. And they'll come begging Congress for cap-and-trade.

Protecting the EPA is now job one for progressives: Murkowski already tried to block EPA on carbon. Rockefeller's going to try again shortly, and his bid is going to be even trickier to block than hers. The EPA's ability to act must be protected. It won't be as comprehensive, as economically efficient, or as socially cooperative as smart climate legislation would have been, but it will reduce carbon. And you know what? Senators from coal-heavy states have poorly served their constituents, so as far as I'm concerned, they deserve a big ol' EPA boot to the ass. They made this bed, they can sleep in it.

"We don't have 60 votes" is bull: Every cowardly senator repeats it like a talisman to ward off the terrible threat of having to act: "We don't have the votes." Two things to say about that. First, of course you don't have votes for something this controversial before you go to the floor and force the issue. Pelosi didn't have the votes before she took the House bill to the floor. She got the votes by twisting arms and making deals. She forced the issue. That was the only way the Senate vote could ever work -- if the bill was put on the floor, the issue was forced, and Dems united in daring the GOP to vote against addressing the oil spill. There's no guarantee that would have worked, but at least it would have been a political rallying point. It would have put senators on record. And it's not like the wimpy avoidance strategy is producing better results.

Second, senators need to stop talking about "60 votes" as though it's in the Constitution that the U.S. Senate -- unlike every other legislative body on the planet -- has a supermajority requirement. It's not in the Constitution. It's an accident, an informal rule that Republicans have taken to relentlessly abusing, not to extend debate but simply to degrade the Senate's ability to act. The filibuster is anti-democratic and it is thwarting the country's will. The American people need to be told this and senators who still want their institution to be minimally functional need to start getting angry about it.

It's a sad, corrupt state of affairs this country finds itself in. I wish I had some hopeful words to offer. But at this point, American government appears to be broken. And our children and grandchildren will suffer for it.