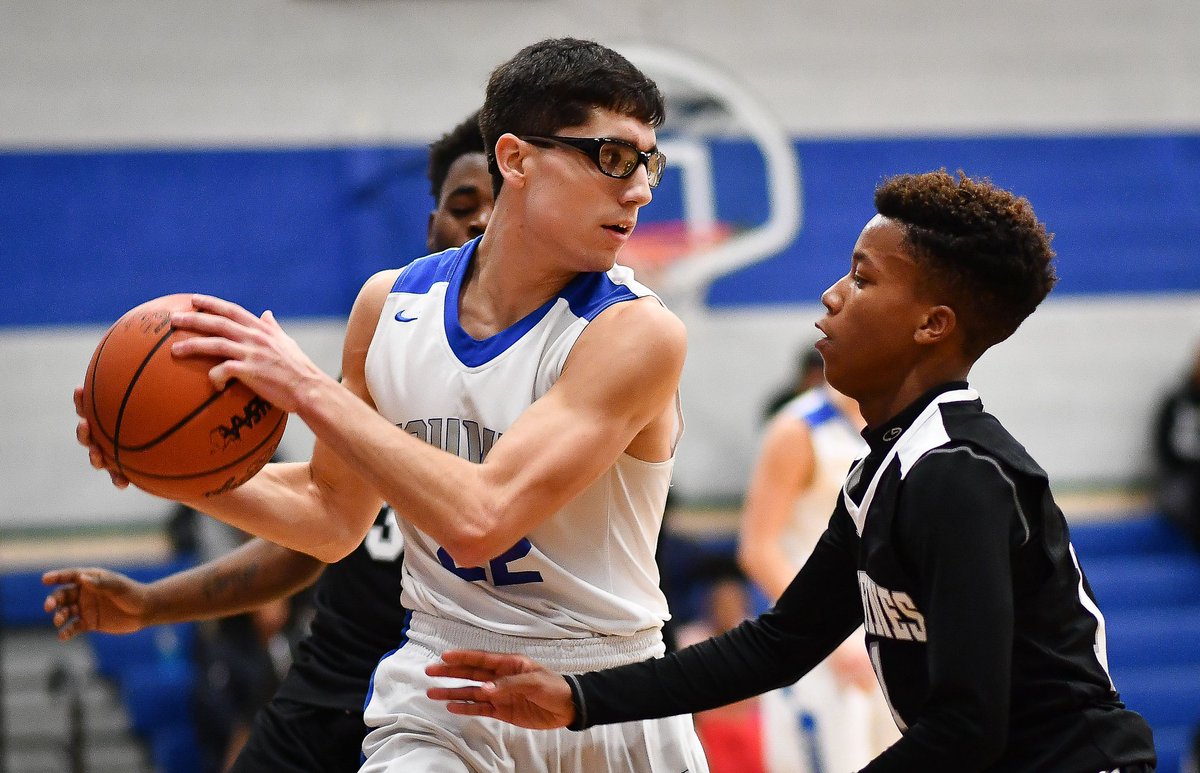 The Saginaw Nouvel (6-5) boys basketball team shot 12 of 19 from the free throw line (7 of 8 in the fourth quarter) while cruising to a 69-54 victory over Burton Atherton H.S. (8-2) at the Nouvel Catholic Central H.S. gymnasium Tuesday night.
NCC bolted out of the gate, shocking Atherton with a 24-10 first quarter lead behind 11-points from Panther junior swing man T.J. Raedy, while Atherton junior forward Elliott McCants countered with 4-points to lead the Wolverines in the opening quarter.
Raedy and fellow NCC junior Michael Ehlman; along with senior Peter Snyder, each scored 4-points apiece respectively for the Panthers in the second quarter, while Atherton sophomore DeAndre Love drained a three-pointer and added two free throw's, scoring 5-second quarter points for his team as the Panthers cruised into halftime with a 38-23 lead.
Atherton junior guards Justin Smith and Darrian McDaniel each dropped in 6-points apiece in the third quarter to cut into the Nouvel lead, however, NCC senior forward Tate Hausbeck drained a clutch three-pointer and two field goals in the third, pacing the Panthers to a 54-42 lead through 3-quarters of play.
Smith, McCants, and Atherton senior Keontae Townsend each poured in 4-points apiece respectively in the fourth quarter for the Wolverines, but Nouvel finished fundamentally strong, making 7 of its last 8 free throw attempts down the stretch, led by NCC junior Chris Lemanek's 6-points (who also made all four of his free throw attempts in the fourth) edging the Wolverines by a 15-12 margin in the final frame.
Smith would lead the Wolverines with 17-points, followed by McCants with 14-points, along with Townsend and McDaniel, who each finished with 9-points apiece respectively.
Raedy paced NCC with a game high 19-points, followed by Snyder and Ehlman, with 12-points apiece each, while Hausbeck and Lemanek each added 9-points apiece respectively as well for the Panthers.
Nouvel sophomore Sam Buckingham added 4-points of the bench, while junior Josh Kuligowski and senior Jonah Wright each chipped in with 2-points apiece respectively.
Atherton will travel to Genesee Christian H.S. on Thursday for a 7 pm tip off, while Nouvel prepares for a visit from the Reese Rockets next Tuesday Feb. 6, for a 7 pm tip off inside the NCC gym.
Nouvel Pom Squad performs at halftime during the game against Atherton H.S.: