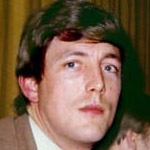 Mike Smith, lead singer and keyboard player for the Dave Clark Five died of pneumonia on the night of February 28th. The death is attributed to complications from a severe spinal cord injury Smith suffered after falling from a fence at his home in Spain in 2003. The injury left him a tetraplegic (paralyzed below the ribcage with limited use of his upper body. Smith had been in recovery since the accident and was only just released from the hospital in December 2007.

On February 27th, Smith was admitted to Stoke Mandeville Hospital just outside London with a chest infection. His wife Charlie was at his side when Mike passed away peacefully after exchanging "I love you" with her. Mike Smith was 64 years old.

He was only 12 days away from his induction into the Rock & Roll Hall of Fame on March 10th in Cleveland.

In case you've forgotten, the DC5 was running neck-to-neck with the Beatles in 1964 as one of the premier bands of the British Invasion. They scored 16 Top 30 hits from 1964 to 1967 and an incredible 13 albums in the charts during the same period and worldwide sales estimated to be 100 million records and appeared on Ed Sullivan 18 times!

The DC5 were second only to the Beatles in popularity until the Rolling Stones sped past them on the heals of their stone classic (I Can't Get No) Satisfaction. But it never mattered to me. I purchased every one of them LP's with my grimy little mitts as well as many of their 45's - classic Mike Smith/Dave Clark penned tunes such as Glad All Over, Bits & Pieces, Try Too Hard, Can't You See that She's Mine.

Back in '66 I bought DC5's Try Too Hard Lp and signed it in black pen, "DAVE CLARK" and gave it to my best buddy Jay Congleton who was moving to Pennsylvania. I told him it was authentic. He didn't care but I felt this was the perfect way to honor our friendship, gifting a deceit.
Hell, Jay loved the DC5 - their hit single from 1965, Catch Us If You Can was our theme song on North Junior's football team. We were running backs and unfortunately got caught quite often.

Yes the DC5 were funky and soulful - keys and sax with a powerful thumping beat that was like a slug to the chest and machine gun rolls that worked us into a frenzy. Their music wasn't so much sexy as it was sensuous and sweaty. It was athletic, manly man music. I never had a chance to see the DC5 live. I had heard through the collectors' grapevine that several of their shows were recorded and that Dave Clark, who controlled the rights, was sitting on this DC5 holy grail, waiting for the right - or most profitable - opportunity. A box set, maybe?

But Mike Smith did return to the states and toured briefly as Mike Smith's Rock Engine. The set list included classic DC5 hits including Do You Love Me, Catch Us If You Can, Come Home, Can't You See That She's Mine, You Got What It Takes, Having A Wild Weekend, Nineteen Days, I Like It Like That, Over & Over, Try Too Hard, Because, Bits & Pieces, Glad All Over, and the powerhouse wall of sound workup - Any Way You Want It.

I missed it but I vowed to travel to either coast or any parts in between to see him when he returned next year. The tour was scheduled. But it never happened. The accident occurred in September 2003. Mike was working on his home and fell from a stretch of fence.

After the accident, several friends and admirers gave Mike needed support. Several of his peers (and long time fans) contributed time, love and resources to help with Mike's recovery including Little Steven Van Zandt, Bruce Springsteen, and Peter Noone (of Herman's Hermits). Late Show bandleader Paul Shaffer organized a benefit concert in New York in August 2005 with several of Smith's close friends including Peter & Gordon and The Zombies.

Little Steven Van Zandt, long a fan of the DC5 had been quietly campaigning for their induction into the Rock and Roll Hall Of Fame for several years. He explained why:

Well, for me the British Invasion was the "Big Bang" of rock and roll. It's where everything important happened in rock and roll, and I think the success of the British Invasion of '64 and '65 has influenced everything that has come since. The Dave Clark Five was as big as the Beatles for six months or so, but I realize [popularity isn't a big factor with the Rock and Roll Hall of Fame voters. The Dave Clark Five made the best records that anyone can possibly make. From Glad All Over on down they simply made the greatest produced records of anybody. Their singer Mike Smith was one of the greatest singers ever."

"If Somebody Loves You - you're the luckiest man in the world.
If somebody needs you - well, what else would you want?
'Cos lovers come and go and I think you know just what I mean.
But real love you know the difference right away."