Posted In: Sports, National Sports,   By: 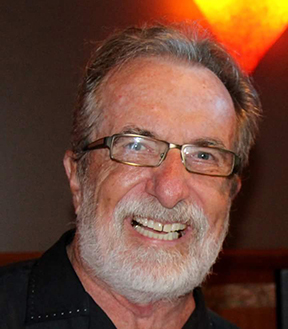 There is a reason the L.P.G.A. will be returning to Midland for the Dow Great Lakes Bay Invitational until 2029: The Midland Country Club has a course with a phenomenal layout, a super club house, great golf fans, efficient fun volunteers, and awesome transportation & parking facilities.

This year’s winners were Jennifer Kupcho (age 25) & Lizette Salas (age 33), both Americans. They shot -26 to take home the Doubles Title (The only Doubles LPGA Match of the year - 72 teams were in Midland). With the Title came $603,172 to split (The total event paid out $2 ½ Million). Both also get a 2-year exemption on tour.

The first Asian to win a LPGA Major event was Chako Higuchi (now age 76) in June 12th of 1977. She won 71 LPGA events in Japan. The reason Asians do well is that they have great Junior Programs for young girls. Asian girls are similar to the Cuban baseball players trying to become Major leaguers - they are relentless in preparing for their sport.

Watching one of the foreign girls on the practice putting green conversing with her Midland caddy was funny, as they have a few language issues. After missing a putt she said: “What the f*#ck*” He replied, “That I understand.”

Nearly every girl playing has new golf shoes. This reminded me of when I went to the Buick Open many years back.  I met Arnold Palmer in the parking lot after his round. I helped him put his shoes & clubs in the trunk. Those beat on shoes had a world of wear & were curled on the end. He was very gracious and his  name will be remembered as long as there is golf. Another time I met Jack Nicklaus on the practice driving range hitting irons. I asked if he could hit a house off to the left with a one wood. He replied, “I’II give it a try” and proceeded to blast it over the house. One more Buick open memory:  my daughter was hit in the head with a Tom Kite ball.

I spent two full days following the Korda sisters (the only two I saw with a police escort). These two are the golf version of the tennis Williams sisters (Serena was born in Saginaw). Both Jessica & Nelly Korda are famous in their own right. Jessica Korda is 29 years old. She has won 6 pro events. She has a net worth of $5 Million and was married to Johnny Del’ Prete - pro golfer on 12/13/2021. In 2013 at the U.S. Open she had a disagreement during the round with her caddy, so she fired him after 9 holes & replaced him with her boyfriend Johnny and went on to play great golf.

On their last round in Midland they shot an astonishing -10 to finish 8th for $70,455.00. The Korda sisters found time to sign autographs throughout their round - nice people. Talk about an athletic family: the Korda girl’s dad, Czech pro tennis player Petr Korda won the 1998 Australian Open & was runner up in the 1992 French Open. He won over $10 Million. Their brother Sebastian Korda at 22 won the 2018 Australian Open.

Watching all these women play was great - they hit balls up to 280 yards & can putt for days.