The Loons could only muster 3 singles tonight... 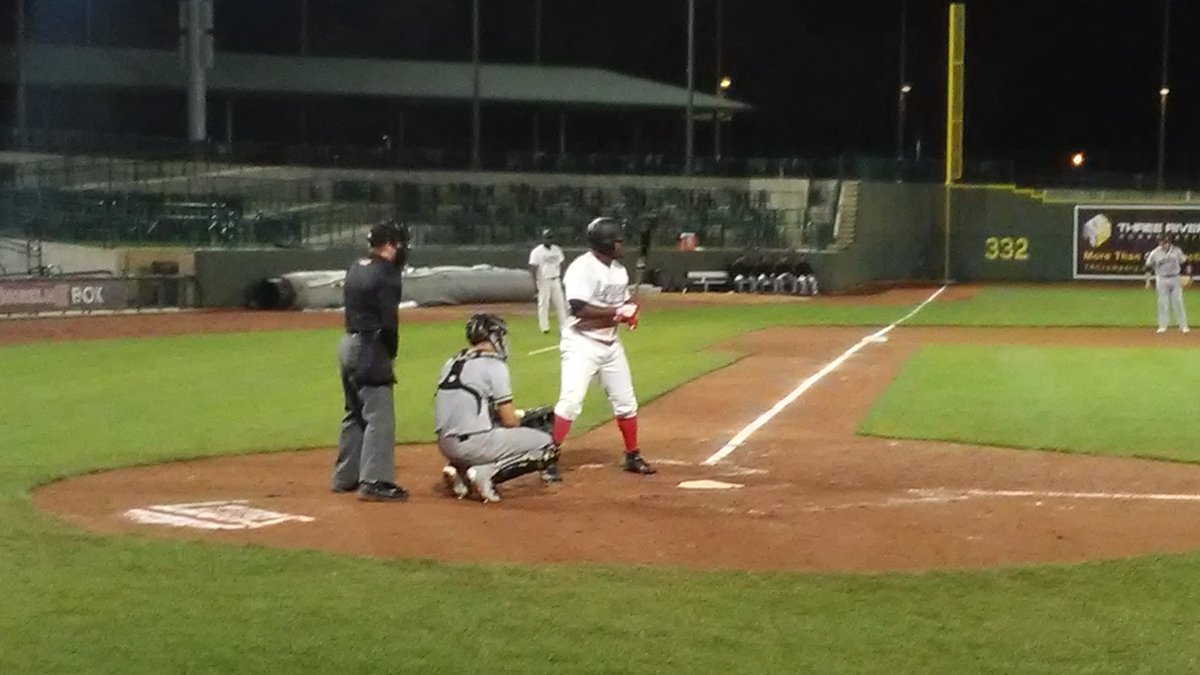 The Great Lakes Loons (7-17) dropped its third straight game in a series sweep following a 5-0 shutout loss to the Quad Cities (IA.) River Bandits (Houston Astros) at Dow Diamond tonight.
After three scoreless innings, the Bandits managed to get to Loons starter Melvin Jimenez when Quad Cities catcher Michael Papierski led off the fourth with a single, moved to third on a double by RF Bryan De Le Cruz, and scored the first run of the game with an acrobatic leap (like an Olympic high-hurdler) after tagging up on a sac fly RBI, jumping over (an upright standing) Loons catcher Ramon Rodriguez, while De La Cruz moved to third on a wild pitch, then scored on another sac fly RBI for a 2-0 River Bandits lead in the top half of the fourth inning.
Jimenez (0-4, 7.47 ERA) was tagged with his fourth loss of the season after giving up 2-runs on 4-hits and 1-walk, with 4-strikeouts through 4-innings.
The Loons' offense could muster zero support for Jimenez, managing just 3-total hits tonight, as Romer Cuadrado, Carlos Rincon, and Rodriguez each hit singles off Quad Cities starter Yohan Ramirez (2-2, 3.94 ERA) who earned his second win of the year after allowing the 3-hits and 3-walks, while striking out 6-batters through 5-scoreless innings tonight.
In his Dow Diamond debut as a Loon, reliever Logan Salow (a sixth round pick of the Oakland A's in the 2017 MLB draft, before being traded for Dodgers relief pitcher Wilmer Font last year) looked strong in the fifth and sixth innings, but gave up a lead-off walk to Quad Cities second baseman Marcos Almonte, followed by a 2-run foul-pole home run to DH Colton Shaver (1) in the seventh, before LF Corey Julks singled and eventually scored on an error for a 5-0 River Bandits lead, as Salow was replaced by Zach Pop midway through the seventh.
Salow (4.00 ERA) gave up 3-runs on 3-hits and 1-walk, with 2-strikeouts through 2 1/3 innings of relief, before he was replaced by fellow University of Kentucky alum, Zach Pop (3.27 ERA) who worked out of the inning after allowing a hit and a walk.
Loons closer Marshall Kasowski (2.13 ERA) replaced Pop to start the eighth and was brilliant, allowing just 1-walk, while striking out 3-batters to close out the final two innings.
Quad Cities reliever Peter Solomon (3.24 ERA) allowed just 1-walk, with 2-strikeouts through 2-innings of relief, while closer Robert Corniel (2.08 ERA) was perfect, with 1-strikeout in the final inning for the Bandits.
The Loons will kick off a 3-game home series (Fri-Sun) against the Kane County (IL.) Cougars (Arizona Diamondbacks) at 7:05 pm tomorrow evening at Dow Diamond.
Quad Cities players celebrate after the final out in a series sweep of the Loons: