The Loons only managed four team hits in the loss... 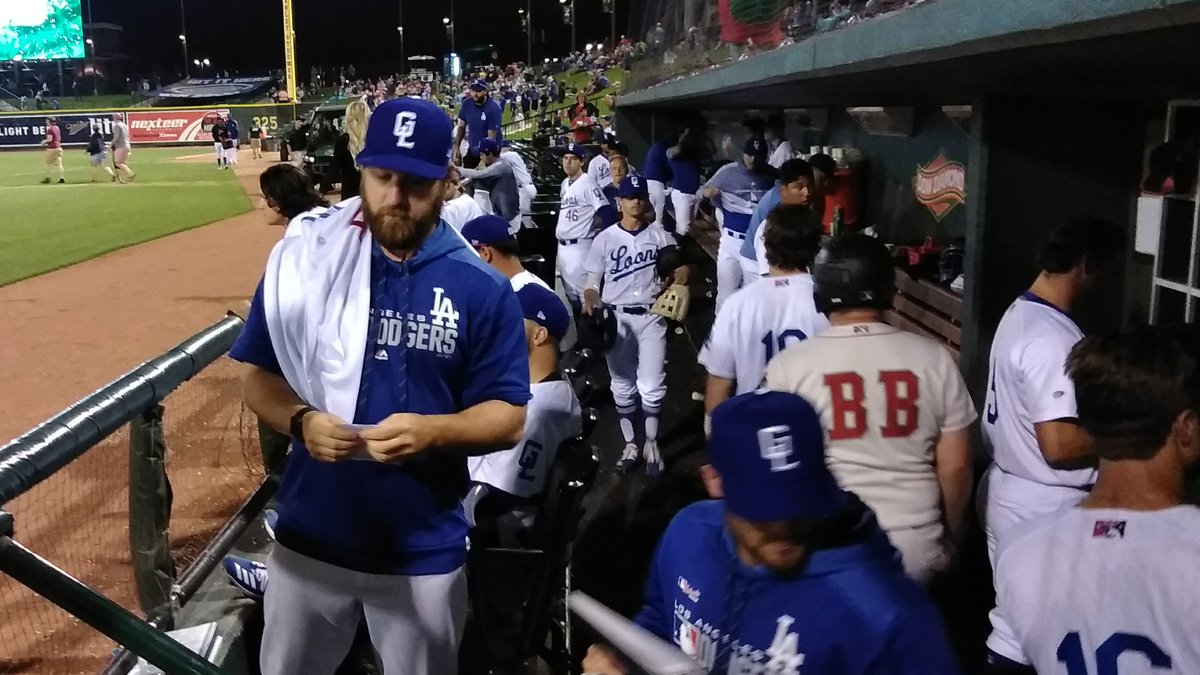 Midland, MI:
Some really cool Dodger tribute uniforms could not help the Great Lakes Loons (50-33) break out of its recent 'mini-slump,' having now lost 4 of their last 5 games after managing just 4-team hits in a 4-1 loss to the Fort Wayne Tincaps (San Diego Padres) in the opener of a 3-game homestand at Dow Diamond in Midland, MI tonight.
With the game tied at 1-run apiece in the top half of the fifth, Fort Wayne center fielder Jawuan Harris led off the inning with a triple then scored on an infield ground out which gave the Tincaps a 2-1 lead, while Fort Wayne left fielder Grant Little kicked off an eighth inning rally by driving in DH Michael Curry (who had reached on a walk) with an RBI-double, before Little scored on another RBI-double off the bat of first baseman Lee Solomon for a 4-1 Fort Wayne lead midway through the eighth.
The Loons had taken the early lead when center fielder Chris Roller (5) led off the game with a solo shot to the opposite field, taking Tincaps starter Efrain Contreras deep over the right field wall at Dow Diamond with his fifth home run of the season for a 1-0 Great Lakes lead in the bottom of the first inning, but Fort Wayne would respond in the following inning when Tincaps right fielder Agustin Ruiz led off with a walk then was driven in on an RBI-double off the bat of Little to even the score at 1-run apiece midway through the second.
Contreras (4-3, 3.04 ERA) picked up his fourth win of the season for the Tincaps after giving up the 1-run on 3-hits and 2-walks, while striking out 6-batters through 5-innings.
Loons starter John Rooney (4-2, 2.96 ERA) was charged with the loss despite another productive outing where he relented just 2-runs on 9-hits and 1-walk, with 1-strikeout through 6 2/3 innings, as Great Lakes reliever Justin Bruihl (3.00 ERA) put up zeroes throughout the following 1/3 of an inning, while Loons closer Guillermo Zuniga (4.32 ERA) finished out the game after giving up 2-runs on 3-hits and 1-walk, with 2-strikeouts through the final 2-innings.
The Loons and Tincaps will be right back here at Dow Diamond for game-2 of this three game series with first pitch set for 2:05 pm tomorrow afternoon.