Nick Yarnall was 4 for 5 with his third HR, while starter Jesus Vargas pitched a gem.... 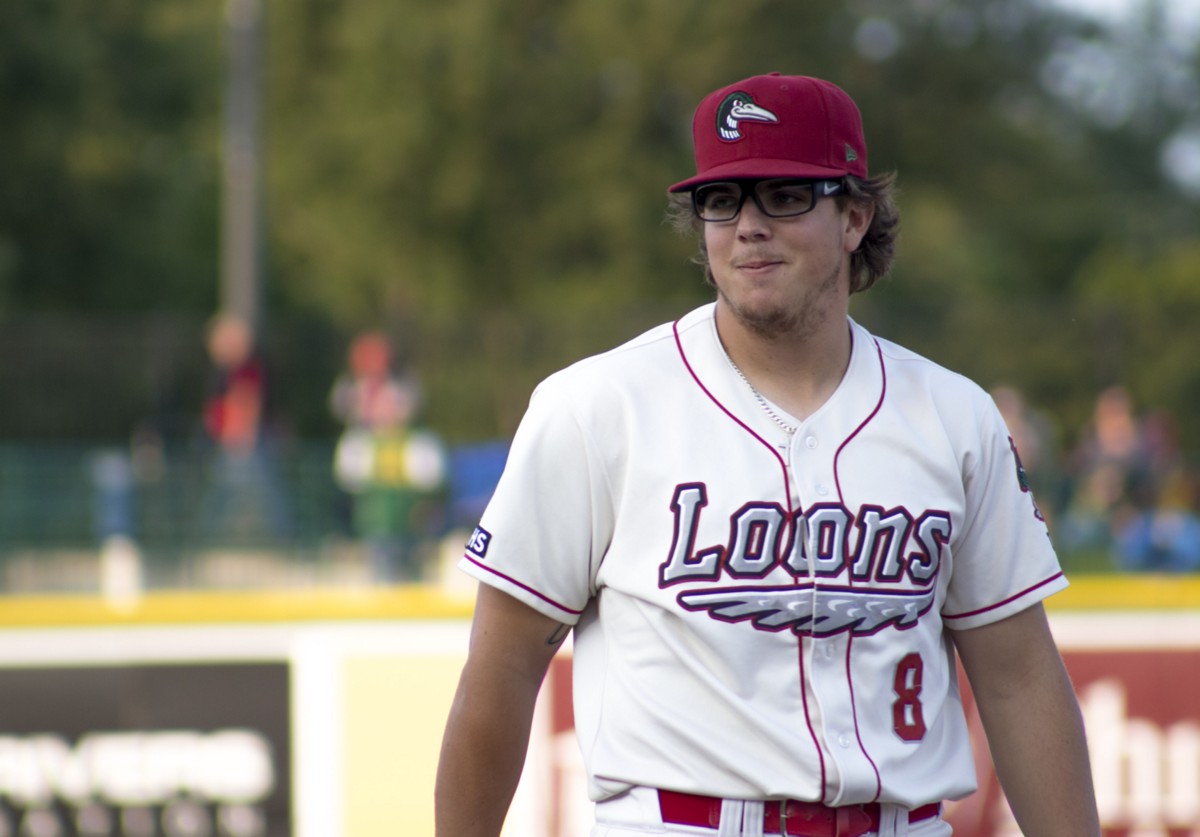 Fort Wayne, IN:
The Great Lakes Loons (3-8) built a 9-run lead in the first three innings behind a dominant pitching performance by starter Jesus Vargas to beat the Fort Wayne Tincaps (San Diego Padres) 10-2 at Parkview Field in Fort Wayne, IN tonight.
The Loons struck early and often after Fort Wayne starter Mason Thompson had trouble finding the strike zone, as the Loons capitalized with five consecutive 1-out walks when; SS Zach McKinstry, DH Nick Yarnall, 1B Jared Walker, RF Romer Cuadrado (scoring McKinstry), and LF Brandon Montgomery (scoring Yarnall) each walked to account for the first two Great Lakes runs, before 3B Moises Perez drove in Walker with an RBI-single to give the Loons a 3-0 lead in the top of the first inning.
McKinstry roped a 1-out single in the next inning and Yarnall (3) followed with a 2-run blast for his third home run of the season to extend the Loons lead to 5-0 in the top of the second inning.
Loons catcher Garrett Hope led off the third inning with a walk then scored on an RBI-triple by Perez, who was then driven in on an RBI-single off the bat of Loons CF Brayan Morales for a 7-0 lead, chasing Thompson with nobody out in the top of the third.
Thompson (1-2, 10.80 ERA) was charged with his second loss of the season for the Tincaps after giving up 8-runs on 6-hits and 6-walks, with 3-strikeouts through 2-innings.
Great Lakes second baseman Marcus Chiu followed with a single off of Fort Wayne reliever Caleb Boushley, advancing Morales to third base, who was then driven in on an RBI-single by Yarnall, as Chiu moved to third, before scoring on a sac fly RBI by Walker for a 9-0 Loons lead in the top of the third.
Chiu led off the top of the fifth with a triple, then was driven in on an RBI groundout by Yarnall to give the Loons a 10-lead in the fifth inning.
Vargas (1-0, 1.13 ERA) was virtually untouchable, taking a no-hitter, with just 3-walks and 5-strikeouts into the fifth inning en route to his first win of the season.
Loons reliever Alfredo Tavarez replaced Vargas and gave up a sac fly RBI to Fort Wayne RF Jack Suwinski, which scored CF Jeisson Rosario to cut into the Loons lead (10-1) in the bottom of the sixth, then gave up a single to Rosario, followed by an RBI-double to Suwinski to score Rosario for a 10-2 game in the bottom of the eighth inning.
Tavarez (H,1) gave up 2-runs on 3-hits and 3-walks, while striking out 3-batters through 3-innings of relief to earn the hold, before closer Andre Scrubb came in and closed out the ninth with three straight outs.
Yarnall was 4 for 5 with 4-RBI's, including his third home run of the season, while Perez was also 4 for 5 adding 2-RBI's to pace the Loons offense tonight.
The Loons will now return for 7-straight home games, starting with a 3-game series against the West Michigan Whitecaps (Detroit Tigers) tomorrow (6:05 pm) through Saturday, and a 4-game series against these Fort Wayne Tincaps Sun-Wed at Dow Diamond.