The Panthers fell behind early but battled back to force extra innings.... 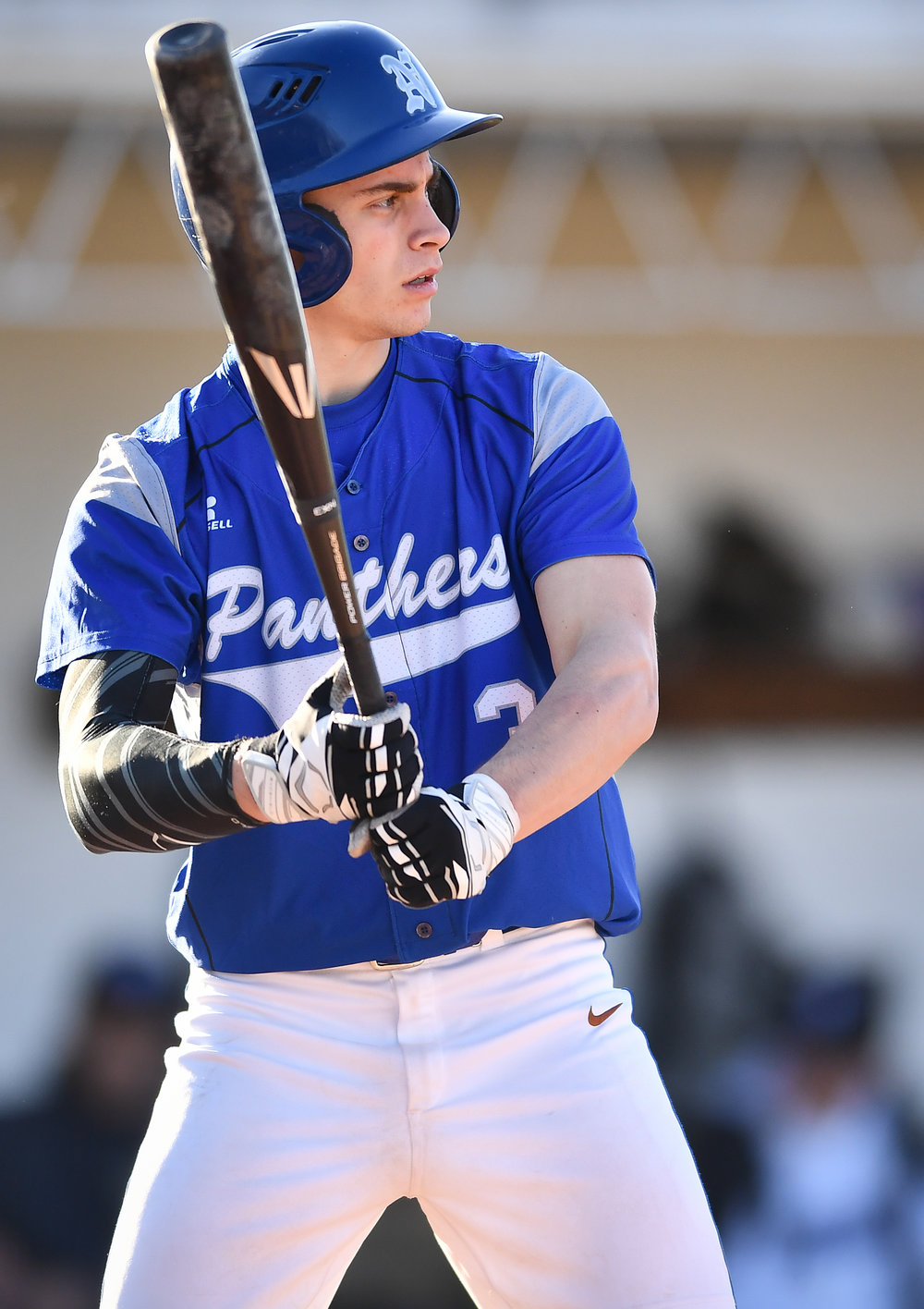 Essexville, MI:
After falling behind by five runs in the top of the first inning, the Nouvel CC baseball team battled back (in drizzly conditions) to force extra-innings, where NCC junior catcher Joe Bartels laced a 2-out single to left field, scoring freshman Brady Alverson from second base for an 8-7 walk-off victory over Coleman High School in the Essexville Garber H.S. Baseball invitational at Garber High School in Essexville, MI Saturday afternoon.
With the game tied at 7-runs apiece, Alverson led off the bottom of the ninth with a single, before Coleman head coach Tom Pashak decided to gamble, intentionally walking NCC senior second baseman Sean Nowosatka with two outs, hoping Bartels (who had walked three times and singled prior to his heroic walk-off) would ground into a force-out, but the Panther junior had other plans.
The Comets had jumped out to an early lead when Coleman pitcher Spencer Pnacek led off the game with a walk, followed by a single from shortstop Josh Hilliard, while CF Jason Beckner drove in Pnacek and Hilliard with a 2-RBI single to take a 2-0 lead, before Beckner extended the lead to 3-0, scoring from third on a wild pitch following walks to Comets RF Nick Lovejoy and second baseman Carson Cotton, who were eventually driven in on a 2-RBI double off the bat of third baseman Tyler Germain for a 5-0 Coleman lead in the top half of the first inning.
NCC would respond in the second when junior DH Ryan Beyers led off the inning with a single, moved to second on another single by senior first baseman Nick Fleming, then third when Nowosatka loaded the bases on a bunt single, before Beyers eventually got the Panthers on the board (5-1) when he scored from third base on a wild pitch.
Bartels followed Beyers with a walk (while Fleming was forced out at the plate for the first out of the inning) before senior CF Kenny Kujawa drove in Nowosatka and Bartels with a 2-RBI single to the gap in right-center field, cutting the Coleman lead to 5-3 in the bottom of the second inning.
Pnacek, the Comets starting pitcher, lasted another inning after giving up 3-runs on 5-hits and 3-walks, with 1-strikeout through 3-innings, before he was replaced by Hilliard to start the fourth inning.
Coleman added a run while batting in the third when Hillier drove in catcher Karlos Moiser with an RBI-single to extend the Coleman lead to 6-3 in the top of the third inning.
The Panthers added another run when Nowosatka led off with a walk in the fourth and eventually scored  from third after Hilliard was called for a balk, cutting the Coleman lead to 6-4 in the bottom of the fourth inning.
Fleming reached on a walk for NCC in the sixth, moved to second on an overthrow, then third on a wild pitch and was driven in on a sac fly RBI by Nowosatka to make it a 6-5 game, before Kujawa followed with a hard-hit RBI-single off the third baseman's foot, which drove in NCC junior RF Logan Marino (who had reached earlier on a fielders choice) to tie the game at 6-runs apiece in the bottom of the sixth, ultimately sending the game into extra innings.
Hilliard's day on the mound would come to an end after giving up 2-earned runs on 2-walks, with 1-strikeout through 2 1/3 innings, while NCC senior reliever Tate Hausbeck (who came in to start the second inning) gave up 1-earned run on 4-hits and 2-walks, with 2-strikeouts through 3 2/3 innings of relief.
Coleman regained the lead in the eighth when Hilliard reached after being hit by a pitch, then scored on an RBI-double off the bat of Beckner to give the Comets a 7-6 lead in the top of the eighth inning.
Nouvel tied the game again in the bottom half of the eighth when Marino drove in Nowosatka with an RBI-single to tie the game at 7-runs apiece, setting the stage for Bartels' ninth inning heroics.
Alverson finished out the game on the mound for Nouvel, earning the win after giving up 1-run on 1-hit and 2-walks, with 3-strikeouts through 4 1/3 innings of relief.
The Comets will head to Merrill H.S. on Monday for an away double-header, while Nouvel will take on Bay City John Glenn in a game at Dow Diamond Tuesday evening.