a big part of Smith's decision was a chance to play for his uncle, Rick Smith, who is the current head baseball coach at Jackson College.... 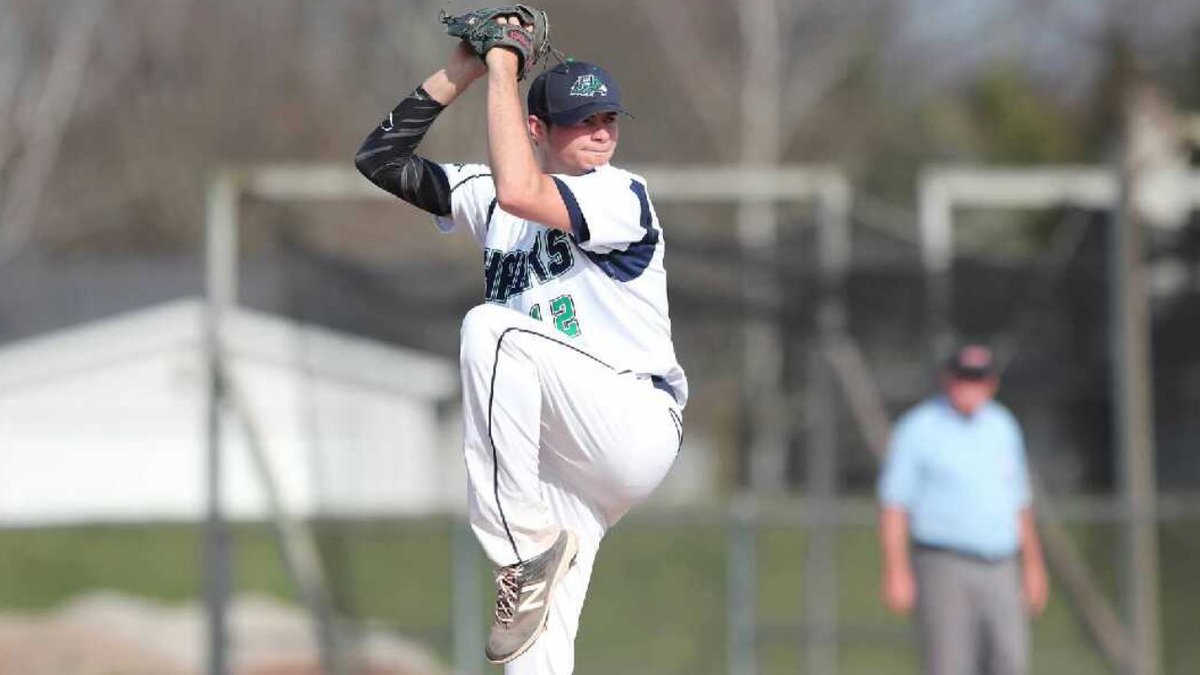 Saginaw Heritage H.S. senior Brandon Smith has signed a national letter of intent to play baseball at Jackson College in Jackson, MI next year.
Smith, a 6-foot-5, right-hand pitcher and infielder chose Jackson over 2017 NJCCA Div-II national baseball champion Kankakee Community College (IL.); along with three other Division-1 school's (Eastern Michigan University, Miami of Ohio University, and the University of Cincinnati) in order to have an opportunity to play for his uncle, Rick Smith, who is the head coach at Jackson.
In his first year of varsity baseball as a sophomore at Heritage, Smith finished the 2016 season with a 7-0 record, striking out 42 batters, with a 1.64 ERA through 42.6 innings, while batting .301 for the Hawks and earning all district honors.
Last year, Smith finished a strong junior year with a 7-3 record, striking out 45 batters, with a 1.31 ERA through 64 innings, improving his batting average to .400, while making it to the 2017 MHSAA Division-1 quarter finals, where he tossed a 3-hitter in a heart-wrenching 2-0 loss to Grand Haven.
Smith was rewarded for a great junior season with all district and all region honors.
He is expecting to be a combo player in college, playing multiple infield positions, while also pitching when needed.
Smith, along with fellow Heritage senior Spencer Schwellenbach (Nebraska) will headline a talented Hawks baseball team, which will be looking to improve on a 2017 season in which they finished with a 31-8 record, while reaching the MHSAA quarter finals.