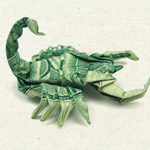 This book is a balls-on polemic about the Great American Swindle executed by Wall Street looters and their political shills – Democrats as well as Republicans. The big lie revealed by Taibbi isn’t about liberal or conservative ideals; it runs along class lines and is scaffolded by intense greed.
These “grifters” are not concerned about ideology unless it will benefit a greater consolidation of wealth for the few. In this vein, risk is socialized (the bailout using taxpayers money) and the profit is privatized (Wall Street institutions such as Goldman Sachs give themselves huge bonuses on the taxpayers dime).

Taibbi writes in an irreverent and provocative style that conveys a lucid outrage at Wall Street’s smug and sordid betrayal of the American people. Taibbi’s stunning work on the American Leviathan and the 21st century crooks began in 2008 while covering the Presidential election. He learned a lot about the takeover of the electoral process by marketers and money. By 2009 he wrote a transcendent article entitled The Great American Bubble Machine where he described Goldman Sachs as “a vampire squid wrapped around the face of humanity and jamming its blood funnel into anything that smells like money.” And that was only the beginning. Taibbi carves the book into seven chapters and an epilogue.

In the first chapter Taibbi takes a hard look at the Tea Party’s oxymoronic love of authority and the Beavis and Butt Head logic behind their embrace of Sarah Palin – “the difference between a soccer mom and a pit bull…lipstick.” Palin’s got all the credentials – “a kid in uniform, kids with milk-fed Hallmark names such as Bristol and a Martin Mull caliber whiteness factor.”  In Taibbi’s view The Tea Party represents another brick in the wall of the electoral process, a fake movement for real peasants. He also sees Obama’s health care plan as a massive giveaway to private corporations as opposed to a seedy socialist plot.

Chapter 2 - The Biggest A**hole in the Universe is a watershed moment for Taibbi. It is the heart and soul of the book and he couldn’t be more acerbic if he tried. Taibbi’s anger is righteous and his aim is true as he punctures the illusion of Alan Greenspan’s competence as our former Federal Reserve chief. Greenspan becomes a fallen icon through Taibbi’s razor sharp analysis of his many misdeeds, including helping to shift political power from elected officials to private or semi-private institutions and transferring risk and loss to the public.

He also decried Greenspan’s role in the S&L crisis, the huge Social Security tax hike in 1990, and the constant manipulation of interest rates. Greenspan is an Ayn Rand devotee and embraced the free market utopia espoused in Atlas Shrugged (a polemic raising the specter of capitalist supermen breaking away from the parasitic lower classes) yet Greenspan never allowed a free market to exist. Instead Greenspan seems to treat our economy like he’s a bookie running the numbers, lending money to the addicted and greedy….at a price.

According to Taibbi, Greenspan’s most egregious achievement was to undermine the Glass-Steagall Act, a law that prevented investment banks, insurance companies, and commercial banks from merging, thus preventing the accumulation of great wealth and power in a single mega-company…the too big to fail type.

Taibbi characterizes the Greenspan Era as a “crime story” that shaped the scam of modern politics – a free market for suckers and a golden parachute for all those Wall Street Atlases. It is public knowledge that two thirds of all corporations operating in the United States paid NO TAXES at all between 1998 and 2005. And I agree with Taibbi, we should be outraged by these good old boy obscenities.

In Taibbi’s eyes we are now the “Bubble Generation”, living within a bubble economy that is run like a casino. Investors now bet on oil futures, subprime mortgages, Internet stocks, gasoline, milk, beef and poultry. Anything is fair game in this casino for a quick score. It works like this; major brokerage firms and investment banks play the role of the house and like real casinos, the house always wins…. in the end.

Even if investments fail, the banks take a cut in the form of fees and interest – credit card rates are a prime example of such thievery. The Feds help to regulate money supply in an almost religious fervor – buying bills or bonds from banks or brokers or borrowing money from a small group of private banks (18 in all) called primary dealers.

The usual suspects are involved including Goldman Sachs, Morgan Stanley, Deutsche Bank and others. They sell T-bills to the Fed, which credits that dealer’s account when it buys securities. A tool called “quantitative easing” involves printing billions of dollars every week in order to purchase private assets like mortgages.  The main purpose of this largesse is to manipulate interest rates and control the amount of new loans. The influx of massive amounts of new money creates an unstable financial condition, turning one market after another into a gigantic house of cards that ultimately fails. This, in effect, is a Ponzi scheme whereby only you and I will lose – Wall Street never.

The rest of the book is slower and harder to read and absorb, even though Taibbi picks apart the big-ticket issues. He brilliantly describes the mortgage scam that involved many of our most hated banking institutions – Bank of America, Goldman Sachs, Morgan Stanley, Bear Stearns and others. His analysis is provocative and thoroughly researched through conversations with insiders as well as public documents.

He gives a no-holds-barred expose of how these despicable banks hid or lied about giving subprime mortgage loans a AAA rating and selling them in a bundle to pension funds, screwing investors and retirees at the same time! Taibbi made a Herculean effort to write coherently and elegantly about complex financial instruments such as securitization, derivatives, collateralized debt obligation and multi-tiered payment structures.

Taibbi was able to explain all these instruments and he did so quite well through the use of metaphor, anger and humor. The nuts and bolts of the financial misdeeds of our banks and insurance companies may be a little dry, but we need to understand how this engineered mess got so out-of-control; and it is critical that we avoid similar financial tsunamis in the future.

The caveat is that these short-term greedy Wall Street super citizens got away with criminal acts and are likely to continue their dark practices in the future.
Matt Taibbi is a much-needed voice of reason in our tattered society, now ruled by a business-led government that is serviced by the educated and the elite.