Floyd comes to Saginaw from the University of South Carolina Upstate.... 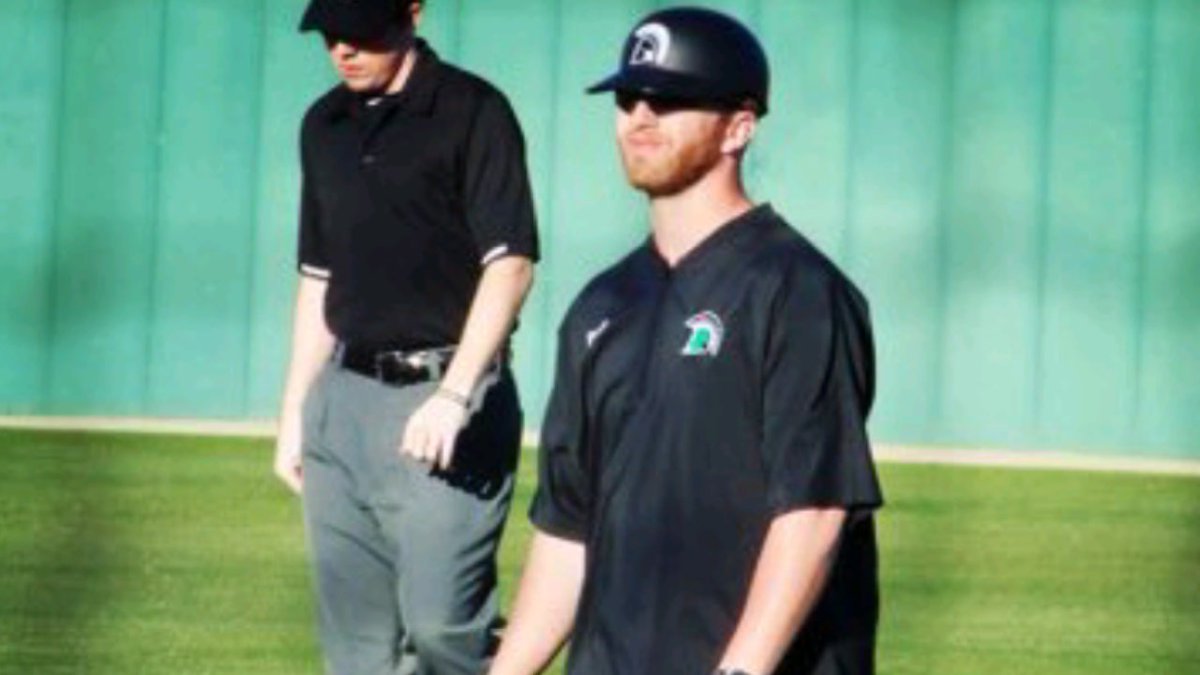 Saginaw Sugar Beets President/General Manager Corky Thompson announced in an email press release on Wednesday afternoon that he has named Windsor, IL native Kyle Floyd as the inaugural head coach of the Saginaw Sugar Beets, a collegiate summer baseball team, which will begin competition in the Great Lakes Collegiate Summer League in the Saginaw area this summer.
“Kyle checked off all the boxes for us, as far as a head coach,” Thompson said in the press release. “The Great Lakes Summer League is about opportunity and development for everyone involved and Kyle's dedicated to becoming the best coach that he can, and turning his players into the best they can be. He has a bright future.”
The 24 year old Floyd comes to Saginaw in the midst of his second year as a volunteer assistant coach at the University of South Carolina Upstate, a division-I school in Spartanburg, SC. He also spent last summer as head coach of the Owensboro (KY.) Oilers in the Ohio Valley League, a similar summer league for college baseball players.
“I'm very excited for the opportunity,” Floyd said. “With the Sugar Beets being in their first year, it's going to be that much more fun and exciting. I'm really looking forward to building relationships with the team and the community.”
Entering its 31st season, the GLSCL is an established wood bat summer baseball league comprised of college baseball players (primarily freshman and sophomores) from every level (Div-1 through JUCO) which is sanctioned and supported by Major League Baseball.
Floyd is eager to put his coaching skills to the test, and despite a short season, he'll have plenty of opportunity to do just that, as the Sugar Beets have a hectic schedule, cramming 42 games (21-home) in 54 days beginning June, 5 with the home opener against the St. Clair (MI.) Green Giants at Dow Diamond in Midland.
“It's a jam-packed schedule, but that's part of what I'm looking forward to,” Floyd said. “I'll be gaining experience in all aspects of the game, including when to rest guys.”
Floyd graduated from Windsor (IL.) H.S. in 2011, where he was a two-time National Trail Conference first team selection. After high school, he went on to play 2 seasons at Kaskaskia (IL.) College, where he hit .354 in two years, capping his career with an appearance in the NJCAA division-1 World Series, before earning an associates in arts.
From Kaskaskia College, Floyd transferred to Lincoln Memorial University, a division-II school in Harrogate, TN., where he hit .349 over two season's for the Railsplitters, ultimately earning a bachelor's degree in Kinesiology in 2015, before starting his coaching career as a graduate assistant at LMU, eventually moving to outfield coach.
The Sugar Beets will host its 21 home games at multiple locations, spread across the Great Lakes Bay Region, including a special game in the thumb area at Unionville Sebewaing High School as part of the festivities surrounding the 2018 Sugar Festival in Sebawaing, MI.
The Beets will also play five home games at Bullock Creek High School in Bullock Creek, MI.; along with four games at Dow Diamond, with the remaining eleven games set to be played at Cardinal Stadium on the campus of Saginaw Valley State University.
GLSCL President Jim Desana, Commissioner Deron Brown, and MLB Texas Rangers scout Brian Williams explain the league: