with the win the Griffins complete the most successful regular season in program history and now look to a post season run.... 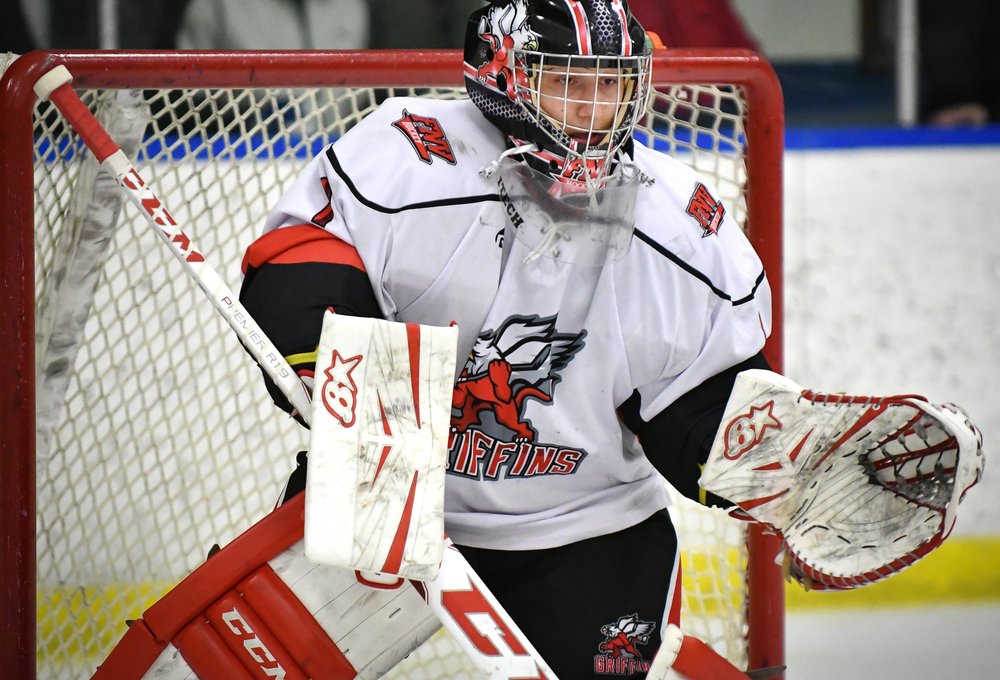 Mt. Pleasant, MI:
The FNV Griffins (21-3-1) wrapped up its most successful regular season in the history of the program (featuring players from Freeland, Nouvel, and Valley Lutheran high school's) with a 5-0 shutout victory over Mt. Pleasant (4-19-1-) H.S. at the Isabella Community Events Arena in Mt. Pleasant, MI Friday night.
FNV junior goal tender Brendan Schrems turned away all twelve shots he faced in between the pipes to earn the shutout victory for the Griffins.
The Griffins had jumped out to an early lead when senior Kenny Kujawa and freshman Brendan Maly each scored first period goals to give FNV a 2-0 lead heading into the first intermission.
FNV sophomore defenseman Aidan West scored an early second period goal for a 3-0 lead, while fellow sophomore forward Evan DuBuque followed with another goal to make it 4-0 later in the middle frame, before senior Sean Nowosatka capped the scoring for a 5-0 Griffins' lead late in the second period, as Kujawa assisted on both the DuBuque and Nowosatka goals.
The Griffins will now prepare for a very tough post-season, which begins with a pre-regional matchup against the No. 4 ranked team in the MHSAA Div-III rankings (No. 7 in all divisions) Flint Powers, who will host FNV at 6 pm on Wed. Feb. 28, at the Crystal Palace Fieldhouse in Burton, MI.
The Winner of the FNV vs Flint Powers pre-regional 37 will advance to take on the pre-regional 38 winner between the Walled Lake Western and No. 6 ranked Detroit Country Day winner, who will then play the Milford and Pontiac Notre Dame Prep winner. Whoever emerges as the pre-regional 38 winner will advance to take on either FNV or Flint Powers in the Region 20 championship on Saturday Mar. 3, at 1 pm at the Crystal Fieldhouse as well.