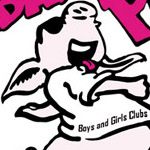 Certainly one of the more widely anticipated events of the summer season is just around the corner: The 2007 Labadie Pig Gig, presented by State Farm.   This Championship Rib-Cook-off is the setting for national competitors vying for the title of 'Best in the Midwest' and rib champions from across the country will converge on Veteran's Memorial Park in Bay City from August 2nd - 5th with numerous new competitors, exciting new tastes, and plenty of new events to add to this tasty festival.

Apart from on-going entertainment on the Health Plus Family Stage, including magic shows, clowns, and dance performances, an incredible array of national entertainment is also slated to tantalize your taste buds with a roster that features the return to Bay City of The Bay City Rollers on Thursday, August 2nd; STYX legend Dennis DeYoung performing The Music of STYX on Friday, August 3rd; 90's Classic Rock/Pop Stars The Gin Blossoms on Saturday August 4th; and Country music star Mark Wills closing things out on Sunday, August 5th.

With proceeds benefiting over sixteen area charities, recently we sat down with Wendy Dore of Doreable Entertainment, a key organizer of this remarkable event, to glean her impressions about the constant evolution of this major community event.

Since its inception The Labadie Pig Gig has grown considerably over the years, not only in attendance but also more importantly, in terms of community involvement and support.

"Since the inception of the Labadie Pig Gig presented by State Farm, we have witnessed not only tremendous growth but considerable community involvement," notes organizer Wendy Dore.

"We started out benefiting only The Boys 7 Girls Clubs an a few other smaller civic groups and now benefit over 20 charities and have raised over $600,000 for the benefiting organizations."

In addition to the numerous activities and entertainers presented at the four-day affair, there are three major additions for 2007. "First, we're holding The Dow Corning 5 K Race, which will take place on Saturday, August 4th at 10:30 AM," explains Wendy.

"The race will be held on the Bay County River walk ending with the finish line at the Labadie Pig Gig. The race is open to all runners & walkers and those of us who need to walk off those extra ribs!"Jokes Wendy.

"There will also be a Kids Race for children 12 and under and participants receive free entry following to the Pig Gig following the race."  People interested in entering can register online at www.signmeupsports.com
Another new addition for 2007 is The Great Lakes Harley Davidson Hog Heaven event, also on Saturday, August 4th. This will include a Teddy Bear Run, Hog Heaven Parking, and the WKCQ Best Bike Contest.  Benefits will sponsor hospitalized children.  "We're asking the public to drop off a new stuffed animal at Great Lakes Harley Davidson in Bay City, 3850 S. Huron Rd. (M-13) so the riders can take the new stuffed animals to Covenant Health Care to drop off at the Pediatric unit, then drive back to the Labadie Pig Gig," explains Wendy.

"Finally, we have The Pigalicious Tasting Tent, which is an exciting new addition whereby area Chefs, media personalities and sponsors can demonstrate their favorite recipes," notes Wendy. "Entry into the tent is free and Barefoot Wine tasting samples will also be offered to compliment the fare when appropriate." Featured entrees will include Thai Spring Rolls, Shrimp on the Barbie, Beef Briscuit, and PlayDough Apple pie.

When asked about the most challenging component in organizing an event of this magnitude, Wendy cites quality and affordability. "The biggest challenge is to provide the highest quality event and entertainment and still keep it affordable for families. The ticket price is still only $5.00 in advance and Kids 12 and under are free. We feel it's important to give Mid-Michigan families and family friendly event that everyone can enjoy."

As to what she feels distinguishes the Labadie Pig Gig from other types of festivals & summer events in the tri-cities, Wendy points to the synergy behind this event. "Pig Gig has a combination of many things. It has the old-fashioned family atmosphere of a church picnic, great food that you can experience once a year, free kids activities in a safe environment, and national entertainment that comes to Bay City for a reasonable price."

"The Labadie Pig Gig presented by State Farm has definitely evolved over the years," concludes Wendy. "It is an event that we are proud to showcase our community and provide funds to our community charities."

For more specifics on this 4-day extravaganza, log on to www.piggig.com