City of Saginaw Statement on Use of Force Incident 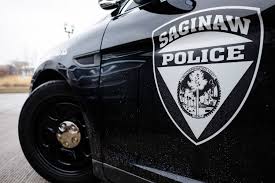 On Sunday July 26, 2020, Saginaw Police Officers responded to 1120 S. Niagara St. regarding protestors on private property at the Fraternal Order of Police (FOP) Lodge #105. The Officers were in contact with the FOP board members who stated that they did not give permission to anyone to protest on FOP property and wanted the protestors removed for safety and security.

Saginaw Police Officers responded and made respectful contact with the group. Officers explained that the protestors were on private property, which they did not have permission to be on. The response to Officers was that they were not on private property but railroad track property. Officers again explained that railroad property is also private, and that trespassing is not safe to do on or near railroad tracks. Attached is a portion of the of bodycam footage that was not included on the Facebook video; this shows the initial contact of the officers with the protestors and their explanation of the situation.

The City has carefully reviewed both body camera and citizen recorded video of the incident and has determined that this was a valid arrest and find no violation of police policies and procedures.

Police Chief Bob Ruth provided the following statement, “Police have a responsibility for safeguarding the well-being of the public, and this obligation even extends in qualified ways to protecting those who violate the law and are uncooperative. The Saginaw Police Officers in this incident followed the policy and procedure of the Saginaw Police Department and were patient when met with resistance and continuous refusal to comply with lawful commands. Our Officers issued approximately 80 warnings in response to the protestor’s resistance before moving up the force continuum to effectuate the arrest. They repeatedly asked for the individual to place his hands behind his back. In dealing with individuals who are non-compliant, the police may be required to use force in a reasonable and prudent way to protect themselves and others. In our review, it was determined that the amount of force used was proportional to the threat and resistance and limited to the least amount required to accomplish legitimate police action.”

Following the individual’s arrest, officers transported him to the hospital for medical assessment prior to transporting him to the jail. The individual was released from the jail on Monday afternoon.

City Manager Tim Morales commented, “It is difficult to watch video of any use of force incident, particularly for those of us who are not trained in law enforcement and are not working in these situations every day. I believe that every use of force incident should be reviewed not only by police administration, but by the officers involved. In these instances, it is the city’s responsibility to ensure the safety of the public as well as the police officers. I trust the Chief and Internal Affairs investigators to review officer’s responses to resistance. They have proven that they are committed to change as they have updated the use of force policy and released it to the public. They have also shown that they are willing to act when those policies are violated.”