Get Lucky, Break Down or Die 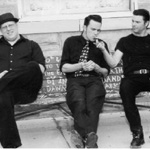 Say what you will about the decline and fall of rock n' roll, but within the dying embers is a flicker of hope that smolders in back road honky-tonks, small clubs, and summer festivals. It is an almost cultish phenomenon that flourishes in isolated pockets across the nation.

Though largely forgotten by the public, Rockabilly like the Blues seems to never go away. It just hides for a while until a hot young rooster like Brian Seltzer breathes some new life into it - 1981 was a good year indeed.

Rockabilly is one of rock n' roll's oldest forms and its rhythmic signature is instantly recognizable yet totally obscure. We remember it as much faster than it actually was and we forget that the originators were stone punks - especially if the punk ethos is defined by attitude and a rejection of the dull and ordinary in mainstream culture.

Rockabilly is pure Americana created by cultural misfits way before we ever heard of Iggy or the Sex Pistols. The music is honest to the core and absolutely corrupt. It's anchored in deep-rooted southern spirituality and at the very same moment it is sinister and frightening. It's real.

This is what I feel whenever I'm lucky enough to catch a show by Cash O' Riley & the Downright Daddies. They got the spirit like it's a new religion. They reveal the true country-punk nature of rockabilly and re-interpret the best tendencies of our forefathers while they were on their worst behavior.

Cash O' Riley's music is transcendent as it illuminates the wisdom of the uneducated - the "damn-right truth" that looks pain and sorrow right in the eye, without flinching.

Listening to Cash O' Riley is like scarfin' down a big stack of pancakes dripping in butter and soaked with a half jar of pure maple syrup mmm, so good. Only later your stomach is rumbling and all you got to ease the pain is a long neck PBR and a coupla a Jag-bombs. Damn right!

Just take a listen to the new cd by the peripatetic Cash O' Riley and his righteous hooligans known as the Downright Daddies.

The disc is filled with toe tapping rhythms played at yester-years' tempo- just right, not too fast, just enough to get you off your seat and shake your moneymaker.

Cash sings with an emotional depth that puts you right square in the driver's seat as he leads his Daddies through 13 classic rockabilly tracks - from the punk soul of the opener, Right Away, to the upbeat Workingman's Dead harmonies of Ownsome.

I'm not a purist but I do understand the enduring beauty of rockabilly or other forms of lowbrow rock n' roll music. And I know that I don't like upper crust pinky-extended pose of opera, overly rehearsed American Idol train rides, lugubrious Andrew Lloyd Webber musicals, or modern country with clichéd riffs, woopsie-do lyrics and synthesizers.

No Such Luck has a Rock This Town-vibe with beer on ice and a two-step rhythm. Country freaks can line dance to this, get lucky and come back for more. It has a big bluesy Hollywood ending that underscores the need for another ice-cold Colt 45 'cos you don't ever want it to end.

On Shy Girl, Brydon picks more notes than the ants on a Tennessee anthill. This is goin' real fast, cruisin' real slow, back seat make out music. The standup bass solo, echoed sound, call and response vocals recall a long ago time when fun was much louder and we had a good time.

The minor chord structure along with the haunting accordion backdrop and Cash's scratchy tortured vocal gives Bad For You a sense of foreboding something awful is just about to come down the pike, but whatever happens between Cash and his girlfriend Ruby, it ain't gonna end well - the timing is off and Ruby, well, you knowŠshe takes her love to town.

Love You So is a glorious perfection from the clever lyrics and spot-on vocals to the incredible sound. It's a celebration of life punctuated by some phenomenal steel guitar pickin 'that adds depth and dimension to the images evoked by the music. The sound landscape resonates in rich deep tones and fuels the good feeling. The lyrics betray a dark side to the celebration but that doesn't negate the purity of the experience. Cash is able to hold all the joys and sorrows this life throws at him and lives to sing about it. This is another mid-to-up tempo Cash O' Riley rockabilly classic. Here's to Mary Jane!

Cash O' Riley is the purveyor of 2 minute instant classics that I never get tired of dancing to - even if I'm only dancing in my mind. Case in point is the upbeat dialectic shuffle of By the Devil. Cash sings about opposing internal forces. He's the arrow without a bow. He's right and he's wrong but maybe he's just somewhere in the middle. But what he's really singing about is sin and redemption. He's been lost and found by the devil and hell bound. Yet he's standing outside his pain and singing about it, in pure rapture.

Swore You Were Wrong is a country waltz with a moaning harp trill and righteously polite unison singing, and a brief acappela interlude with the Downright Daddies singing sweetly in parts. Cash is singing serious and sincere, as he always does, doing George Jones like a tongue looking for a cheek.

South of Texas is a no-nonsense bluesy Texas shuffle clocking in at less than tow minutes with a familiar stop-start riff and some phenomenal pickin' from the Telecaster as well as the steel guitar. This is a git-er done, workhorse rockabilly at its very finest, designed to cause folks to fall all over themselves while schlepping around the dance floor.

Wrong Turn is thematically dense and layered. It has it all - sin, betrayal, and violence in other words, it's pure Americana. Andrew Brydon's guitar sound is powerful and fluid - each note resonates deeply, complementing the complex emotional tangle of the lyrics. The images are insidiously surreal as the devil creeps up and becomes the perfect metaphor for O'Riley's pain and suffering.

The cover of the punk anthem Ball and Chain is a truly magnificent choice, it's a song about heartbreak and the effects of too much alcohol. I've been there and I know the mantra, it's really a prayer for forgiveness and release from someone who is down for the count and broken hearted - take away this ball and chain, the monkey is on my back and there seems to be no other way to get betterŠjust a little nip to bathe my gland, ahh. This is Social Distortion's near masterpiece about a harrowing experience that is existentially annihilating.

The Way I Left You feels like a 50's rocker that Jack Scott coulda sung with the Tennessee Two. It has a cool middle eight with a hand jive beat. Brydon's guitar work continues to shine throughout the entire disc -with the intuitiveness and empathy necessary for greatness. He just may be the heir apparent to Don Rich. The lyrical themes are quietly stated but are no less devastating it's a breakup song and despite his anger and depression, the protagonist understands he may have caused the problem in the first place. The song ends with a slowed down 12 bar blues.

Damn Right I Care has a minor key vibe with a dobro sliding up and down the scale sounding like an alter ego telling you to watch your back and get out while you can, sucker - she's not alone. Brydon's tuneful riffs hold the other side, the hang-in-there part of the romance. It's a monumental battle between guitar and dobro - the curmudgeon and the optimist - and everyone wins!

Ownsome, written by Clancy Carlile, ends the disc on a glorious upbeat about the down low. Cash's husky tear-in your- voice delivery is cradled by gorgeous harmonies supplied by the Daddies and a coupla guests.

This is killer country rock ala the 1970 Grateful Dead masterpiece, Workingman's Dead. The relationship theme is a dirty nasty brokenhearted mess - though Cash is better off now on his own some.

That's why I get a teary-eyed and vehklempt whenever I listen to Cash O' Riley and the Downright Daddies. They don't white wash it or try to make it any better, they just tell you the real story. By putting the pain outside themselves they loosen its hold and sing it with an empowered voice. And as I listened to this disc it allowed me to look at my anger and my frailties without flinching. I know that they know and somehow it's alright.  That's what Cash is trying to teach u - Rockabilly is music with integrity

Rockabilly is Johnny Cash singin' Ring of Fire all the while he's sweating and trembling with dark obsessions. It's when he finishes his brief set before its time, walks off the stage smiling and shaking hands before he rushes off to the rest room to puke up a fifth of Johnny Walker Black and a fistful of black beauties, washes off his face and grabs another fifth before finishing the show. Man that cat had stamina.

Rockabilly is George Jones genuflecting as much as singing with a demonic otherworldly sorrow, joining Hank Williams in a harrowing spiritual union to you my friend, and you my friend and we shall die together. But then Hank died alone. And George wished many times over he could have followed Hank, curling up in the back seat of his 52 Cadillac for the long sleep.

Above all Rockabilly is a failed religion with an almost forgotten holy text. It's real hero is Charlie Feathers, lost and almost forgotten but never giving up, playing for the locals at the Hilltop, singing Tongue Tied Jill like he's still a grease haired kid.

Perhaps it can all be summed up by this Feathers quote from a Robert Gordon interview in 1991:

"There must be another world beyond this one. I don't know why I can't quit. You don't think nobody cares- yet you meet people from all over the damn worldŠThey come here and they care and they know. I don't understand it, man"