Bo\'s Night At The Oscars

And The Real Winners Are: 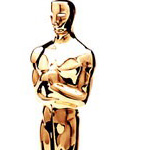 We just experienced Oscar Season once again and everybody and their near brother jockeying for a little air time, some nod of recognition to their varied and sundry, and very astute predictions and commentary.

Well, that's all fine and dandy - the media are entitled to their opinions. But I am too... I have credentials you know, yep, not only do I attend at least two movies a month, I also buy the #3 Special - a big bucket of popcorn, extra butter layered and a large soft drink for 7.95 along with twizzlers for $2.95 and a small box of chocolate-covered raisons for only $3.95. Admission for two is $17, hmm, adds up to $32, not bad for an evening out with yer honey to see a bonafide Hollywood Blockbuster!

So you could say, or I could say that I'm a movie buff - ever read my review of Brokeback Mountain, oh, never mind. Whether you like it or not, here's my take on the Oscars.

Best Movie: The Beatles - Let it Be . Though it was released in 1970 I don't believe this cinematic soundscape masterpiece was given its due. It essentially chronicles the artistic decline and fall of the Beatles with a breathtaking tedium that could only be surpassed by a televised City Council meeting or yet another close-up of a bearded Paul McCartney with a red nose and an equally red assŠnow THAT'S entertainment!

Best Actor: Hugh Grant. His turn as a Wham-like pop star in Music & Lyrics is almost hilarious. Grant has a certain deadpan British charm, all irony and paradox and I think he's just great in this stinker just like he was in Nine Months, Notting Hill, Love Actually etc, etc and so on. But I really believe he deserves a long overdue Oscar for his arrest for "suspicion of lewd behavior in a public place" a few years back. Hell, he was in his own car with a gal named Divine - he just wanted to take care of a little business, that's all, and pulled off with such self-effacing humor and aplomb to be nothing less than a powerful statement about man's longing and our ultimate disenfranchisement. When asked about the incident, Grant said, ""I'm not one to go around and blow my own trumpet." My Oscar goes to you - Hugh.

Best Achievement in Music Written for Motion Pictures: I cast my vote for Irreplaceable by Beyonce (pronounced Bouncy).  Yeah, I know it isn't part of Dreamgirls - but Beyonce has a finely carved and cantilevered booty and Irreplaceable is a great departure for her, a signature of her maturation as an artist. When she sings, To the Left To the LeftŠ. Beyonce is placing politics above sales. No, this song is not just a dumb break-up song, it's a thoughtful statement that embraces the new dempocratic left and politics of change. When Beyonce repeats the ebonic-like phrase, "You mus not know bout me", she is raging against social injustice, poverty and forgotten populations of people - that they - the ruling elite do not know or care about. But when she repeats the phrase a second time she's issuing a warning, "you don't really wanna know about us  because we will rise up and fight poverty and greed even if it means we get clobbered like them Dixie Ho's singin' about makin' nice. This is a song - like the movie Dream Girls - worthy of the Oscars and the Academy's renewed interesting black exploitation. Superfly never had it so good. Cool's the rule but sometimes bad is bad.

Best Director:  I give my nod to local hero Marc Beaudin for having guts to speak what's on his mind without any pretense to subtlety and for getting' Janet Martineau all bunched up and knotted with desire like Jimmy Carter pining over a Habitat for Humanity ingénue. NICE.

Well, that's it for me. Check out Ebert and Roeper if you want the real tomatoesŠ

Made in Michigan: Matt Ferranti

Hell's Half Mile Film Series: "The Art of Self-Defense"

For the Love of Gourd