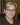 Banana Convention's been happening for awhile now and they have weathered more poundings than a Catholic girl at high school band camp - it's more than music being laid down in them woods, motherŠ
But the natural state of reality is change and BC has evolved with a series of events that unfolded and brought a welcome new energy into the band. Sometimes things get stale and this quality of stasis becomes a signal to another crossroad - an opportunity to let go and open up to the moment.

It's a state of mind that doesn't disparage the past or idealize the future.  Dirty Negatives is dialectic of creativity and change. The music is edgier and rocks hard and heavy at points, yet still retains elements of that early 60's girl group sound that enamored so many of Banana Convention's early fans.

The addition of Ray Torres, one of   Saginaw's most innovative guitarists, no doubt boosted their musical capital. Between Shar Molina's husky soulful vocals, Monte Nothelfer's excellent songwriting, the multiple talents of drummer Chris Howard and the surprisingly fluid and powerful bass lines of Sean Drysdale the Banana Convention has a tight stripped down lineup that is ready to rock.

The musical focus is no longer bubblegum - though that is always a worthy goal - it is an updated amalgam of styles and approaches that range from Motown to classic rock and experimental sounds. This is a time of possibilitiesŠ
Cool Bus is a punked-up road trip song with a strangled lost-key vocal by Mont - and it's just sloppy enough to make it realŠPerfect! This is BC fulfilling the prophecy of the late/great B-52's with just a touch of inspiration from the mods and rockers of the early-to-mid-sixties.

Friday is one of my favorites 'cos it takes me back to the early days of rock n' roll when I was listening to my mother's Ronettes records. It hearkens back to a more innocent time that wasn't innocent at allŠit was just hidden. Shar Molina's earthy singing takes the soda shop and varsity sweater to a more emotionally vulnerable hue and cry due to a lyrical theme of unrequited love. She sounds like a funkier Madonna circa Say a Little Prayer and has the pluck and pipes to make it real and break your heart.

Rust Belt Blues is a straight ahead up-tempo rocker with a marvelous bass line. The slowed-up 12 bar blues coda seems a fitting musical accompaniment to the metaphorical jab at the sad state of our community.

Anyway is a stone masterpiece that is both emotionally layered and lyrically complex. It's an acoustic folk tune that tells a story about making peace with those things that you cannot change and finding meaning in suffering. Is it possible to let go? Shar's mature vocal colors the lyrics in nuanced sepia tones reminiscent of Christine (Perfect) McVie prior to her soiree with Fleetwood Mac. This could be a college radio hit - that's where the best music is heard.

On this outing, The Banana Convention reaches deep and creates a body of music with emotional depth and maturity. It's like 1910 Fruitgum Company in a 1969 concert at Mt. Holly promoting their final LP Hard RideŠheavy guitar, horn section, long jamsŠand then 1,2 3 Red Light.

I loved every minute of it then and I love it now. Hats off to BC.