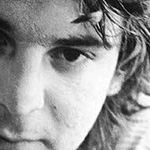 You may not know the name but you’ve heard the music. Alex Chilton first gained prominence as the 16 year-old gravelly voiced singer for the Box Tops - a hit-making pop-soul band from Memphis. Their biggest hit - The Letter – is still played on oldies stations across the globe. The early Box Tops sound could be easily dismissed though they came into their own by the late sixties with the triumphant and well-conceived Soul Deep. By this time Chilton was writing his own material and refining his sound.

In 1970 Alex recorded a solo album produced by Terry Manning that remained locked away in Ardent Records vaults until its release in 1996. Though the song quality is uneven the disc revealed Chilton’s growth as a songwriter, singer and guitarist. The songs were quirky yet dynamic and soulful. It seems a shame that Just to See You, Free Again never got the recognition or airplay they deserved.

Chilton’s I Wish I Could Meet Elvis is an odd tribute that is both reverent and hilarious and is sung in Alex’s new voice - that somewhat trembling tenor that dominated the rest of his career. It was around this time that Alex had a chance meeting with Roger McGuinn of the Byrds and was inspired by McGuinn’s singing and guitar technique. It changed Alex and forever colored his style and approach to music.

By 1971, Chilton was back in Memphis to put together Big Star with Chris Bell. They recorded two superb lps, #1 Record and Radio City. The third album, Sister Lovers was darker, even scary, yet it revealed Chilton’s tortured genius. It is one of the best albums of the modern rock era yet it was not released until several years later.

Still…through all these trials and tribulations, Big Star was revered by a fiercely loyal set of fans. The critics were ecstatic; the public ignored them. The band folded and the principal songwriters went their separate ways. Bell released the incredible I am the Cosmos and Chilton began his storied solo career.

Since the mid-nineties Big Star’s popularity has ascended beyond a cult status and approached a level of rock and roll legitimacy that took on a life of its own. It was so huge that Big Star reformed and has been playing select gigs and festivals ever since. There are at least two released live recordings and a 4 disc Box Set entitled ‘Keep an Eye on the Sky” available through Rhino Records. Big Star has finally arrived.

While in New York Chilton gigged with the Cramps and the Replacements at CBGB’s and solidified a lasting friendship with Paul Westerberg.  Westerberg wrote a tribute song about those sacred days with Alex entitled “Alex Chilton”

Never to be stuck in one particular bag, Chilton began a long and uneven solo career that bespoke of his genius and the triumph of his self-defeat. He was a music man who shunned the spotlight and despised the industry that launched his long career.

My first taste of Alex Chilton’s music was an 80’s tune entitled No Sex. Like its title suggests it was rude and lewd but it was also a masterful rockin’ critique of the emerging AIDS epidemic.

In 1992 My wife and I saw Alex at the Blind Pig in Ann Arbor. He brushed past me as he walked his way up to the stage. He appeared small, frail with short hair cut in a traditional “businessman” style. He was late, it was past midnight and despite my Chilton worship I stayed for only 3 or 4 songs. I remember he seemed a bit snarky onstage. He started and stopped a song, didn’t say much. I left disappointed more in my own ennui than in Alex’s cracked musical template.

I saw him one last time at an oldies show. He did Box Tops songs in his “new voice”.  Didn’t sound like the Box Tops. But he sure sang well and I was amazed at his assured guitar technique. He was in good spirits. At the end of his set he introduced Gary Lewis & the Playboys advising with an exaggerated shrug that Gary “is gonna rock your socks off.” I saw him later in the lounge.  I timidly approached Alex, not knowing what to say but wanting to say it and sputtered “I didn’t think I’d ever see you in a show like this.” Alex graciously responded with a smile and a twinkle in his eyes…”hey man, it’s easy money.”

Through the years I purchased most of Alex’s releases from the iconoclastic, uneven and sometimes frightening masterpiece “Like Flies on Sherbert”; the bare to the bone and blemished “Live in London”; the rootsy High Priest; the popish and political Black List; and the idiosyncratic Loose Shoes and Tight Pussy .

In the past month I tried to book a show with Alex but his agent replied that Alex was unavailable for solo shows and was only doing Big Star. The asking price was too high for me but I thought if Big Star comes to Michigan - I’m  There.

Alex Chilton died March 17th in New Orleans at the age of 59.

He was done too soon. Can’t say that I’ll miss him because he left us a long time ago.

God have mercy on the many and the few - on Alex… and me, too