A Pocket Guide to The State Ballot Proposals

Posted In: Politics, State, Opinion,   From Issue 758   By: Review Magazine 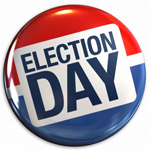 Proposal 1 / PA4 - Vote Yes
This proposal seeks to validate the Emergency Financial Manager rule, in which the State government can appoint an emergency manager, remove elected officials and nullify the contracts of municipal employees in the face of financial crisis. It also establishes criteria to assess the financial condition of local government units, including school districts.
Why YES:  This proposal will act as a referendum on Public Act 4, which has done much to stabilize the financial situation of local governments experiencing out of control spending; plus, it will not be written into the Michigan constitution. PA4 of 2011 was passed by the majority of the Michigan Legislature and signed by Governor Snyder in order to update the former emergency finance manager law, PA 72 of 1990. Per the Michigan Constitution, local governments are creations of and subordinate to the state and thus, the state can pass laws governing their operations.
Under PA4, emergency managers now have authority when dealing with financial emergencies to modify and terminate contracts and collective bargaining agreements that adversely affect the economic stability of a local entity. While the Governor is responsible for appointing an emergency manager after declaring a financial emergency, the manager must submit an action plan to the State Treasurer and hold a public meeting on it. This is a needed alternative to filing for bankruptcy in order to protect the credit of the state.
Proposal 2 / Protect Our Jobs - Vote No
This amendment would create a Constitutional right in Michigan for collective bargaining.
Why NO:  Collective bargaining is important for workers engaged with private sector operations, but for government employees where the public taxpayer foots the bill, it has gotten out of control.  The latest survey by the U.S. Government's Bureau of Economic Analysis shows that the average government employee earns twice that of the average private sector employee, which draws over $100 billion per year from private income taxes. And from a state perspective, the unfunded liability for the state's four major pensions - state employees, police & judges - is pegged at $11.6 billion, so even if the state started meeting its obligations tomorrow, it would take $2 billion annually for the next 30 years just to get even.
Locally, in Saginaw, we need to consolidate our police & fire departments with the county. If this act passes that will never happen. Moreover, if this act passes we can never hope to stop government employees taking retirement pensions from two different sources and then hiring on for new jobs with different government entities.
This proposal enshrines the agenda of Washington, D.C. union bosses in Michigan's constitution, resulting in higher taxes, a fundamental lack of fairness, and fewer jobs. Government workers already receive higher pensions and better benefits even during tough economic times, causing lawmakers to roll back recent tax cuts fueling Michigan's turnaround.
Nearly 80 laws would be overturned, jeopardizing the state's progress so far. Just as no one should be forbidden from joining a union, workers should not be forced to join a union or pay dues to a political organization they don't support. This is a special interest power play that threatens to hijack our constitution.
Proposal 3 / Clean Energy  - Vote Yes
This proposal would require utilities to generate 25% of the energy they sell from renewable sources by 2025 and limit rate increases during the transition.
Why YES:  Michigan is behind the curve in adopting new energy technologies and has much higher than average energy costs.  This proposal would enable us to catch up, create jobs, support Michigan suppliers of clean energy technology and position us for the next generation of industrial growth.
Proposal  4 / Home Health Care - Vote No
Proposal 4 would require that home health care workers be trained and undergo background checks, in addition to establishing some limited collective bargaining rights.
Why  No:  A federal Home Help Program is already in existence to allow seniors & the disabled to receive care at home instead of at a nursing facility. Most in the program use family members to provide the services. This would hijack the Michigan Constitution to allow unionization of caregivers as state employees and drive up the costs of home care. It would override PA 76 which elected officials passed to eliminate the Michigan Quality Community Care Council and stop the SEIU from collecting union dues on behalf of home health care workers, whom are not employed by the state but by their clients and therefore should not be forced to pay union dues, or be forced into collective bargaining.
Proposal 5 / Tax Kill - Vote No
This ballot initiative would require a “super-majority” of 67% to enact any new or increased tax.
Why NO:  While no one “likes” taxes, there is no arguing that it is one of the levers that the legislature has to enact economic policy.  Handicapping Michigan's lawmakers by effectively removing one of the levers that have to pull in directing our State's economy is a bad idea.
Proposal 6 / Bridge Deal - Vote No
This proposal would require a statewide vote to construct a new bridge between Michigan and Canada.

Why  NO:  The only backers of this proposal are the current owners of the Ambassador Bridge.  Their current arrangement is so lucrative, they have gone to jail for contempt of court rather than co-operate with the State.  Every major trade group in Michigan is in favor of a second, State owned bridge.  A No vote means we can build it now, rather than waiting another election cycle to put it in front of the voters.