A Force of One: Attorney General Bill Schuette\'s Secret Crusade Against Medical Marijuana 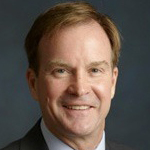 Since last Fall when The Review published a series of articles entitled Integrity Lost that provided a detailed chronology of Attorney General Bill Schuette and his single-handed attempt to repeal Michigan's Medical Marijuana Law, the hypocrisy, misinformation, and his latest activist campaign to purportedly 'educate' Law Enforcement units throughout the State has reached decidedly frightening proportions.

To read, the ACLU's complaint, go to: http://aclumich.org/sites/defau

Most legal professionals believe this is the case that Bill Schuette is betting the farm on and his hope is to get this before his pals on the State Court of Appeals so they can make a ruling on the entire MMMA being null and void based upon supposed 'federal supremacy'.

The municipality based their total ban on medical use, knowing full well it would be challenged. Because Schuette can't get the votes in the legislature to move legislation forward, he submitted an amicus curiae brief on behalf on the municipality in this set of court challenges in Wayne & Oakland counties.
In June, the ACLU lost in Wayne County Circuit Court, when Judge Wendy Baxter ruled the US Controlled Substances Act overrides state law and Livonia has the right to prohibit all medical pot use in that city. That decision is under appeal. Schuette filed an amicus curiae brief in that case also.
Even though the complainants are the ideal model of “patient” and caregiver you would want to see do the challenge, most attorneys that I've spoken to feel this judge will automatically rule against the plaintiffs (patients), and it will then be appealed to the Court of Appeals (which has been Schuette's and others' plan all along).
They're just going through the motions. Schuette has known he couldn't muster the required ¾ majority in the Legislature for quite some time, so this is the tactic he resorted to.  The expectation for a COA ruling is that they will uphold Schuette's position, and the MI Supreme Court could very likely refuse to hear the case, which would let the COA ruling stand.
Specifically, Schuette and his cronies are hoping the Court of Appeals panel that gets the Lott case will agree with the lower court that the MMMA is unconstitutional and then give "immediate effect" to its ruling.  If immediate effect were given, that would shut down the entire law until a higher court rules otherwise or declines to hear the case.
Licensing might also be receiving inside information and guidance from Schuette. And that is why the MM program has been staffed with temporary employees, who may not have a job in the near future. Gov. Rick Snyder is playing the part of indifference on the subject, most likely so not to be associated with taking such a blatant position of opposing the people.
See how the supposed “greatest system of justice in the world” works?
Tim Beck, who has been on the front lines of this battle, put it this way: “Based upon past decisions, it appears the Michigan Appellate Courts are fatally compromised, being mere extensions of a greater socially conservative agenda.  Rule of law has been replaced by absolutism.”
On other fronts, The Michigan Medical Marijuana Association has also filed a grievance against Bill Schuette seeking his disbarment. The 150-page complain chronicles his abuses against the sick.
Truly 'Cleaning the Air' - Detailed Summary of Schuette's Law Enforcement Presentation
The Review has received the full presentation of Schuette's recent law enforcement seminar road show.  Sabra Cahill is an Ann Arbor city councilwoman who attended the seminar and has also inserted her own notes opposite specific Powerpoint slides, in line with the presented information.
She writes, “One high point: Clarkson (who is the Regulating Manager of the Michigan Medical Marijuana Program) provided inaccurate (false, but maybe not intentionally so) information about how the issue was placed on the ballot.  â€¨ â€¨Another: the assumption that everyone in the room agreed on the agenda as presented by the Attorney General -- that marijuana is bad, that medical marijuana is bad, that patients, caregivers, doctors and dispensary owner/operators are all criminals, and that 'implementation and enforcement' means finding ways to circumvent the law.”